A substantial amount of scientific evidence supports the recent creation described in the Bible. Little-known natural time clocks from geology, paleontology, physics, and astronomy agree.[ii] However, what does the field of genetics and modern genomics—one of the most rapidly advancing areas of science—have to offer in this regard?

As it turns out, new discoveries using the tools of modern biotechnology also showcase recent creation and events associated with the global flood.

Creation science predicts that the genomes of all the different kinds of living creatures were created perfect in the beginning. However, due to the curse on creation—related to man’s sin and rebellion—combined with the damaging effects of time, we should see degradation, corruption, and the loss of genetic information.

While evolutionists do recognize that information loss occurs in short scales, the long-term, grand Darwinian scheme model predicts just the opposite of creationists. They believe that over vast amounts of time, genomes evolved and became more complex—gaining new information through random mutational processes.

The cellular machinery that copies DNA during the standard process of cell division makes errors. These errors are called mutations. Sometimes they can lead to serious diseases such as cancer. However, when a mutation occurs in cell division that leads to making sperm or egg cells, these mutations can be inherited and passed on to the next generation.

Scientists have measured this rate among humans and found it to be about 75 to 175 mutations per generation.[iii] Using this known information about mutation rates, a research group led by Cornell University geneticist Dr. John Sanford modeled the accumulation of mutations in the human genome over generations using computer simulations that account for more real-life factors than any prior attempts. The algorithms incorporate the standard observations and theories behind population genetics.

They found that the buildup of mutations would eventually reach a critical level and become so severe that humans would go extinct. This process of genome degradation over time and successive generations is called genetic entropy. Remarkably, the time frame of human genome degradation coincides closely with a recent creation of six to ten thousand years ago as predicted by the documented genealogies found in the Bible.[iv]

After those results were published, two different large groups of scientists unwittingly vindicated the idea of genetic entropy and a recent creation.[v] In each study, they sequenced the protein coding regions of the human genome. One study examined 2,440 individuals and the other 6,515. From the DNA sequence data, they discovered many single nucleotide differences (variants) between people in their protein coding genes, with most of these being very rare types of variants.

This essentially means that the alleged ability of natural selection to remove these harmful variants from human populations did nothing.

Sanford’s model predicted that natural selection could not remove these slightly harmful mutations, and these studies confirmed exactly this in the real world of human genetics.

Not only were these studies bad news for the evolutionary idea of mutation and natural selection as the supposed drivers of evolutionary change, but they also overwhelmingly illustrated genetic entropy. Most of the mutations resulted in heritable diseases afflicting important protein-coding genes. Protein-coding regions are less tolerant of mutations than other parts of the genome. Evolution-believing scientists usually pin their models of DNA change over time—referred to as molecular clocks—to millions of years before they even approach the data. In other words, they assume millions of years of human evolution and literally incorporate these deep time numbers into their models. The millions of years conclusion does not come from biology experiments.

Data revealed a very recent, massive burst of human genetic diversification. Most of it links with genetic entropy. One of the research papers stated,

“The maximum likelihood time for accelerated growth was 5,115 years ago.”[vi]

This places the beginning of the period of genetic diversification of humans close to the Genesis Flood and subsequent dispersion at the Tower of Babel, a point in time that the earth began to be repopulated through Noah’s descendants. This recent explosion of human genetic variability through accumulated mutations follows the same pattern of decay that the Genesis 11 rapidly declining human life expectancy represents.[vii]

[i] Jeffrey P. Tomkins, Ph.D. contributed the majority of this section. The complete work can be found in Debunking Human Evolution Taught in our Public Schools (Genesis Apologetics). 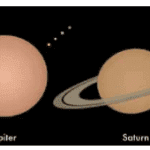 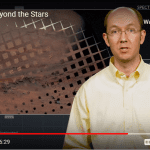