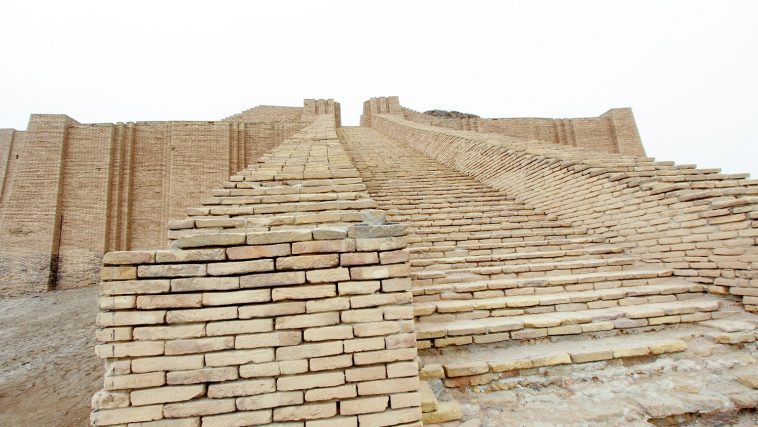 [Originally published as Evolution and the Tower of Babel]

The story begins in the southern region of ancient Mesopotamia, where thirty massive structures have been discovered that archeologists describe as towers of worship. These huge structures resemble flat top pyramids and were masterfully constructed of bricks made of clay. These buildings had stairs and ramps leading to the highest elevation, where a platform was built for the worship of idols.

These temples have been identified as ziggurats. They were designed with equal sides representing the shape of a square. They ranged from 20 meters (65 ft.) to over 90 meters (295 ft.) high, and they were tiered with the roof being a place for the gods to dwell and receive man’s adoration.

These towering edifices, dating from the 3rd millennium BC, demonstrate an amazingly high degree of masonry craftsmanship. These structures have never been found before this time and, more importantly, they demonstrate the sudden emergence of human civilization. The advanced level of engineering, architecture, and community discovered around these ziggurats is contrary to what evolutionists believe with regard to the development of man.

This “explosion” of life dumbfounded the evolutionists with their mantra of slow change over time. Likewise, the sudden appearance of a highly organized group of people working together to become an advanced society confounds Darwinian assumptions about human development.

Historians generally define a civilization as a large number of people working in specialized groups to achieve a common purpose. There would be different social groups such as economic, political and legal entities that would need to be working in harmony so that the society would continue to sustain itself. It is similar to a fine-tuned engine with all parts working together to accomplish a common goal.

The development and use of a written language is what many historians identity as another indicator of a highly civilized people. Sophisticated people are characterized by the formation of a culture that is founded upon mutual beliefs and shared values. These commonalities are expressed in the form of behaviors, language, symbols, and customs that are passed down from one generation to the next.

Archeologists believe that the ziggurat was an integral part of city planning and frequently would be dedicated to one central god or goddess. These structures provide the first account of human urbanization emerging with a written language where people would settle in one location and farm the fertile land. The oldest civilization known to man arose in southern Mesopotamia, which  is called “the cradle of civilization.” The region where the Tigris and Euphrates rivers converge is also known as the Fertile Crescent. Mesopotamia is derived from the ancient Greek meaning a country between two rivers.

This area provided a plentiful supply of water for plants to grow bountifully and support large populations. These people would learn how to live together, utilizing the land for food and other resources and giving rise to an agrarian society. Today these two major rivers include present-day Iraq, Syria, Kuwait, the borders of Turkey-Syria as well as Iran.

The archeological site in Sumer, the southernmost part of Mesopotamia in southern Iraq, is known for the emergence of the people identified as the Sumerians. Evidence suggests that they were the ones that settled in this area and were responsible for the numerous archeological artifacts discovered there. Over these marsh plains of the “Fertile Crescent,” the Sumerians carefully engineered draining systems and developed an advanced agrarian culture capable of feeding a large number of people.

The Sumerians were not only excellent farmers, they were also skilled craftsmen and metal workers that produced woven clothes, artistic leather work, and the forging of metal in the manufacturing of tools and pottery.

For the first time in recorded history, the Sumerians developed a form of industrialization, producing items that could be traded or bartered along established trading routes.

Many of the artifacts that have been found demonstrate advanced capabilities, such as a durable plow to turn up the soil, wooden wheels for wagons, and a potter’s wheel to make a variety of ceramic items.

Along with all these outstanding discoveries, there was evidence that they had the first writing system. Thousands of durable remnants of clay tablets have been excavated with drawings indicating picturesque hieroglyphs drawn on the wet clay before hardening. In the same manner, there is evidence of stylized wedge-like symbols that would be attached to syllables in the ancient Sumerian language. This is classified as the system of writing known as Cuneiform. Evidence suggests that this form of communication was the basis for keeping records of commerce, contracts, narratives, religious worship, astronomical treatises, and even dictionaries.

The Sumerians also influenced the world of mathematics by establishing a number system based on ten. Sumerians divided the circle into 360 degrees and derived the word dozen for the number 12. It is also believed that our clocks today having 12 hour faces with 60 seconds in a minute and 60 minutes in an hour are all derived from the Sumerian culture.

The “Epic of Gilgamesh,” one of the first literary masterpieces to refer to the hero-King of Sumer, is strikingly similar to the biblical account of Noah and the worldwide flood described in the book of Genesis.

The Mesopotamian archeological discoveries are so plentiful and significant that no other site around the world can rival it. There is so much detail that clearly reveals that the Sumerians were extraordinary people, well ahead of their time. Historians and archeologists all agree that the sudden emergence of this kind of sophisticated civilization is inexplicable. It is not only a phenomenon in its own right, but it comes with extrinsic connections that should mean something to the trained scientists and even the casual observer. It appears that this cradle of civilization has many unanswered questions.

Challenges to Evolution
Evolutionary thought assumes man was originally a hunter-gather who was not very clever at all. Because evolution tells us that humans are directly related to the great apes, the first proto humans were more primate than human. They evolved, evolutionists insist, developing intellectually over time from their ape-like ancestors into modern Homo sapiens.

The evolutionary thinking as to how and when man emerged in his present state is highly controversial. According to evolutionists, about 2.5 million years ago, some form of human appeared. It wasn’t until about 200,000 years ago that modern humans as we know them today were walking on earth with the Neanderthals.

How could a primitive and nomadic hunter-gatherer culture become so sophisticated and develop this advanced civilization? Modern-day archeology’s answer to this question is to superimpose their evolutionary ideas. They push back time by dating their artifacts to several thousand years ago. They factor in the time they need, in the form of thousands of years, thereby giving man the time he needs to develop and transform into an advanced civilization.

But what if there was no need for evolutionary development because these ancient people had great innate potential?

The Sumerian people were much more sophisticated than evolutionary history predicts. It certainly appears that they were extremely intelligent, having the ability to solve complex problems, to build towers to their idols with bricks of clay, and create and populate cities. They created a politically coordinated social network in which they worked together in different niches and vocations, and exhibited amazing skills all dedicated to building an advanced and industrialized nation.

In Genesis 11:1-9, we witness first-hand evidence of this advanced civilization in the description of the Tower of Babel. Verse 2 describes Mesopotamia, the cradle of civilization, stating, “And it came to pass, as they journeyed from the east, that they found a plain in the land of Shinar, and they dwelt there.”  The Hebrew word for “Shinar” means a country between two rivers. Babylonian history is highly interwoven with the Sumerian people, but the evolutionary timeline asserts Babylon came later. However, Bishop Ussher suggests that the Tower of Babel was built about 100 years after the flood that he says occurred in 2348 BC. From this, one can easily deduce that Sumerians/Babylonians were the people who inhabited the land of Shinar.

Genesis 11:3 tells us the tower was made out of bricks. Archaeologists recognize the Sumerians possessed great skill at brickmaking and masonry. They built cities and were a proud people. They believed that their ancestors caught and tamed the gods of water which caused chaos by separating the water from the land. According to the Sumerian creation story, such a belief was direct insult to God who provided an ark for their grandfather Noah to save mankind.

We can clearly see that the sudden appearance of a sophisticated society defies evolutionary theory. That is the testimony we have concerning the Tower of Babel. The world needs to hear this message because it sheds God’s light on to the confusion and chaos that exists in the media and public schools today. Your support now will bring the light of truth into the lives of youth and adults who urgently need to know their Creator and Savior. I ask you for your prayers and your financial support today. Thanks so much for partnering with us. 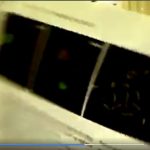 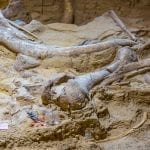