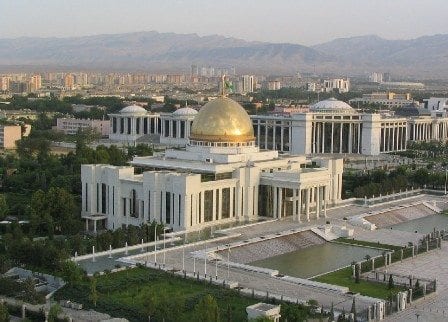 “My righteousness is near; my salvation is gone forth, and mine arms shall judge the people; the isles shall wait upon me, and on mine arm shall they trust.” Isaiah 51:5

The ages of human history are frequently divided into periods named after rocks and minerals. There was the Stone Age, the Bronze Age and the Iron Age. This evolutionary way of describing human history is based on the materials people used to make weapons and tools. On the other hand, the Bible describes man as developing his knowledge of metalworking within a few generations of his existence.

Researchers in 2000 were studying an ancient steel factory in Turkmenistan. The 1,000 year old steel factory produced the legendary Damascus steel, which was the strongest and most durable steel produced in ancient times. When the factory was operating, steel was heated to temperatures up to 2,500 degrees Fahrenheit. Researchers examined the pottery shards that are the remains of the crucible. They found traces of the steel they once held on the shards that told an amazing story. Some of the shards had traces of low carbon steel, while others had traces of high carbon steel. They concluded that the ancient steel makers were mixing the two together in a process called co fusion. The result was a strong, durable steel. What is amazing is that it was previously thought that co fusion was discovered in the 20th century!

While our knowledge may be growing today, we need to avoid false pride. The Bible teaches that the highest knowledge is the knowledge of God. His protection is better than any provided by the hardest steel.