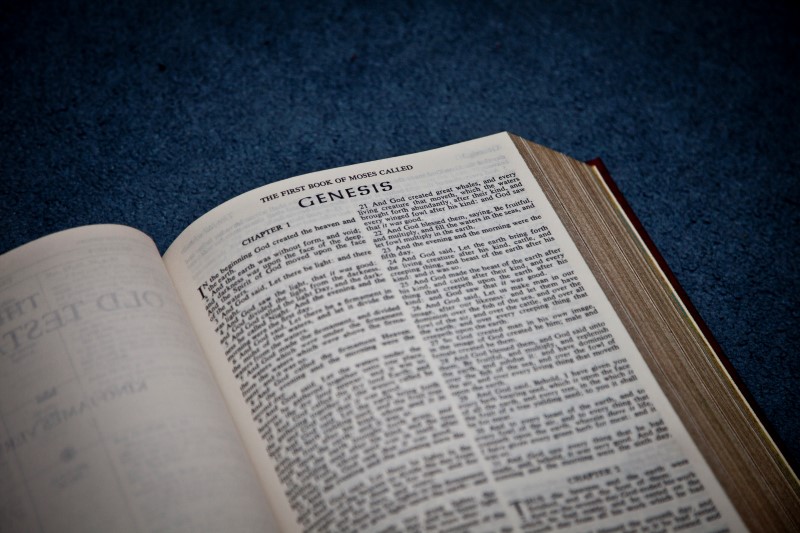 Biology students many times question the purpose of studying biology, especially when it comes to that of a higher academic level. Much time and effort must be channeled into the course, requiring dedication and a willingness to learn. As a Biology 11 student the writer has also acutely felt these concerns, wondering if micro-organisms really pertain to a degree in the arts. Yet, a surprising discovery changed her mind and put a completely different perspective on the Sciences.

Join in this journey of discovery and honestly question yourself, “Could learning Biology really help fortify a belief in a Designer and Creator – in GOD? Could it really prepare me for a life as a believer and follower of God?”

The heavens are thine, the earth also is thine: as for the world and the fulness thereof, thou hast founded them. – Psalms 89:11

Before the mountains were brought forth, or ever thou hadst formed the earth and the world, even from everlasting to everlasting, thou art God – Psalms 90:2

The heavens declare the glory of God; and the firmament sheweth his handywork. -Psalms 19:1

In the world of Science, biologists believe that Christianity and the study of the sciences are an incompatible match. Professionals, claiming that Science cannot be studied with so called “preconceived ideas” and a belief in a Designer or Creator, many times intimidate biology students. Consequently, Christian students feel wariness for all Science due to the conflict of belief and academics. Fortunately, Christian Scientists have emerged from the multitudes of Scientists and their finds have been extraordinary, encouraging, and eye opening. Now we realize that God and Science DO go together – beautifully, in fact. For, in the beginning “I am” the Lord says, He has “formed the earth” and all nature “declares the glory of God”. As Christians, Science can now be a fascinating study which draws us closer to the Creator, rather than apart. Science just might be our key to learning more about the designer of planet earth and his love for humanity!

Perhaps we can go as far to say that the world that we live in testifies to the Creation and to the reality of a Designer God. If that seems hard to believe, let the writer introduce you to one fascinating testament of the authenticity of the Bible and consequently, God. Let yourself be taken into the world of Diatoms.

DIATOMS | WHAT ARE THEY?

Diatoms are micro-organisms1 in the Kingdom Protista2, Subkingdom Algae3, and Phylum Chrysophyta4. They are a unique type of algae, due to the fact that their walls are composed of silicon dioxide, which is the principle component of glass. The walls of diatoms are so hard because of this that they exist long after the diatom, or living creature within, dies.

1 Diatoms are extremely small. They are merely one-quarter the diameter of a human hair
2 Kingdom Protista is made of organisms too small to see with the naked eye, which are somewhat more complicated than simple micro-organisms. These organisms are also eukaryotic, which means they have distinct membrane-bounded organelles. In further explanation, rather than each structure completing the same tasks, each structure performs a specific task (this is what divides micro-organisms into kingdom Monera or Protista).
3 Sub-kingdom Algae is a sub-category within Kingdom Protista. Sub-kingdom Algae is distinguished by single-celled creatures, which form colonies.
4 Chrysophyta is a sub-category (called Phylum) inside of Kingdom Protista, which is inside sub-kingdom Algae. Micro-organisms within Phylum Chrysophyta are known by their silicon-dioxide composed cell walls.
There are 1,000 different species of these organisms, collectively classified as “diatoms”.

When Diatom “shells” gather together in one place, they form a crumbly substance called “diatomaceous earth,” or “diatomite”. These diatom deposits are found in great quantities through-out the world.

WHERE DID THEY COME FROM | A SCIENTIFIC PAIN

Diatom Deposits are a source of uncertainty and unrest in the Scientific world. This is due to the fact that Scientists aren’t sure exactly how they got there in the first place and certain scientific finds have confused them even further. They realize that diatom deposits are the “shells” of dead diatoms but are confused how they gathered together in huge “groups” and how to explain the findings of recent years.

A find was made in Lompoc, California in 1976 that brought scientists into a corner. For years they had stated that huge, thick deposits of diatoms could not form as quickly as young-earth Scientists believed (Young Earth Scientists believed the global flood, mentioned in Genesis, caused the diatom “shells” to gather into huge, thick deposits.). However, the 1976 find in a quarry pushed them into very murky water. The discovery was of an eighty-foot long, humpback whale skeletal fossil.

Perhaps a humpback whale in a quarry doesn’t seem that odd, but a humpback whale in the middle of diatomaceous earth is. If Diatomic skeletons compound over many years, how could a whale be buried in a deposit of them? If the diatom deposit had really occurred over a time span of millions of years, the whale’s body would have disintegrated and disappeared long before it was buried. However, this fossil was fully intact and was undeniably buried in a diatomic deposit.

In order for a fossil of this size to form, it had to have been buried quickly and deeply. Such a quick burial would be the only answer for the whale to have been sealed from the effects of atmosphere, bacteria, and scavengers. Mainstream Scientists seem to be at a loss of words to explain this phenomenon.

Christian Biologists, Young-earth Scientists, and Students of faith have an answer to the undeniable, unexplainable evidence.

And, behold, I, even I, do bring a flood of waters upon the earth, to destroy all flesh, wherein is the breath of life, from under heaven; and every thing that is in the earth shall die. – Genesis 6:17

The reason why Creationists can explain a phenomenon which mainstream Scientists cannot is because they have the living, infallible, Word of God.

There is no answer whatsoever that can explain the 1976 find as well as the Bible. Not only does the Bible explain it, but it also answers the unanswerable beautifully. “Behold I, even I, do bring a flood of waters upon the earth”.

THE INFALLIBILITY OF THE BIBLE AND THE EXISTANCE OF GOD

You have now been shown how diatoms and just one fossil find prove the evidence of the Bible and the existence of a living God. There are many more such evidences, but one should be sufficient to set your “thinking cap” spinning.

If the Bible answers the unexplainable, then we can conclude that God must have designed the diatoms and whales in the first place. It was also God who sent the global flood, which created the diatomic deposits and multitude of fossils. And it was God who “so loved the world, that he gave his only begotten Son, that whosoever believeth in him should not perish, but have everlasting life” (John 3:16)

Finally, it was God who said, “Come unto me, all ye that labour and are heavy laden, and I will give you rest.” (Matthew 11:28)

Will you heed the call? Will you as a Christian and biology student put a renewed vigor and effort into your studies, learning so that you may discover God’s plan for your life?

Thy hands have made me and fashioned me: give me understanding, that I may learn thy commandments. – Psalms 119:73

Study to shew thyself approved unto God, a workman that needeth not to be ashamed, rightly dividing the word of truth. – 2 Timothy 2:15

Victoria hails from British Columbia, Canada and has several qualifications in design and photography. She received her digital photography and design certificate from Ryerson University and has been featured internationally for her imagery. Victoria contributes regularly to the Creation Club media graphics collection. She has written several articles and has a passion for anything creative, creation-oriented, and God-honoring. Her blog, www.heartofanovercomer.blogspot.com is devoted to bringing hope and God’s love to those around her. Her website: www.vintagiadesigns.com is her photography portfolio. 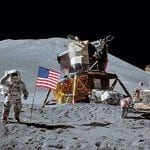 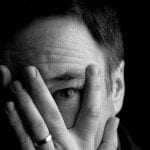