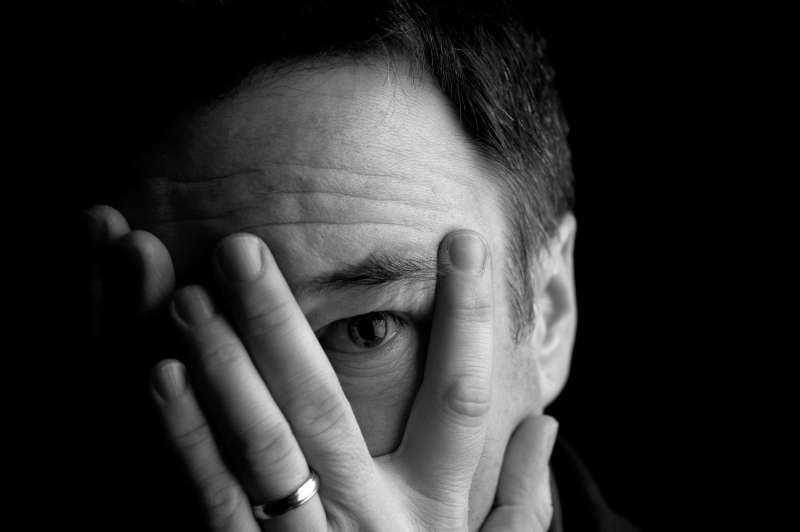 The historic Ken Ham vs. Bill Nye debate brought with it tons of media coverage, boatloads of inflammatory remarks, and logic fallacies. There was also some truth mixed in there, but why focus on that when we have the negative to focus on, am I right? One audience member asked the two debaters what proof would convince them of the other side. What evidence would make Ken Ham believe he is a glorified monkey or make Bill Nye become the Bible Guy?

Controversially, Ham said nothing would (Think about it: if God’s real, and you don’t believe, then you’re in trouble, but if God is not real then it doesn’t matter what you believe, since you just become dirt). Nye said that if it could be demonstrated that there were fossils out of place in the geologic record, then evolution couldn’t have occurred over millions of years of death and compilation of sediment layers. Not only did he say that he’d change his mind—but that we’d change the world. It is this idea that we are putting to the test today: Just how orderly is the fossil record? Do we find fossils out of place?

Nye puts a lot of faith into the fossil record. However, the faith isn’t backed by evidence, just assumptions by men with PhDs. Even though Nye isn’t a fan of categorizing types of science, a look into the past is an historical scientific investigation, using inferences of things you can observe to form conclusions on things you can’t. It’s silly to say, but we haven’t and we can’t watch layers of dirt be laid down over millions of years. This doesn’t mean scientists can’t form a logic conclusion on what happens with geologic layers. To test Nye’s faith in the organization of the geologic layers, let’s look at what we should expect to find if evolution was true and the geologic layers were laid down over millions of years.

If Nye’s assumptions about evolution are true, we would expect to find in the geologic record:

• Layers of sediment where you can see the appearance or disappearance of certain fossils when they came into being and when they became extinct
• If an organism stopped appearing in the fossil record, then they’d be extinct and we wouldn’t find them alive today
• We’d see transitional fossils of in-between species for both known and extinct species; if evolution is so slow, we should see plenty of dead failures and plenty of slightly modified transitional versions
• We would not find a descendant with an ancestor in the same layer—a bird could not be in the same layer as it’s dinosaur ancestor
• We would not find fossils that spanned multiple layers, because that would mean they didn’t decompose into dust for millions of years and sat by as dirt was poured over them

Starting with the first assumption, geologic layers should be neat and organized where we can see the beginning and end of species in earth’s history. It would also help if we could see the transitional forms that lead to these forms, but that’s asking a lot. Do we find the beginning and the end of various species? Most would say, yes. There seems to be a point where species appear and disappear in certain layers. Of course, paleontologists haven’t looked at every layer of dirt, so you never know when they will show a certain organism lived longer than thought, or if they’ll find an organism in a higher strata layer and say it went extinct more recently than thought. This is all fine and dandy, but doesn’t really prove evolution.

Problems can arise for evolution when we find “living fossils,” sometimes called lazarus taxa (Bonus points if you get the Bible reference). One of the most famous examples of a “living fossil,” and a good evolutionary blunder to pass around the dinner table, is the coelacanth (pronounced SEEL-uh-kanth). Thought to have gone extinct 65 million years along with the dinosaurs, the fish has been found still living today. The fish which was thought to have crawled up on land and given rise to land animals, was found to be living; as a fully aquatic, deep sea fish that goes nowhere near the surface. According to Nye’s trusty fossil record, we shouldn’t see the fish that dropped off the fossil record charts when its fossils stopped showing up in more recent layers. The funny thing is, after 65 million years, the coelacanth is unchanged. Evolution is supposed to be all about addition of mutations and genetic information—if after 65 million years, the thing didn’t change, how are we supposed to expect other species to go through radical changes like monkey to man or fish to reptile in even less time. 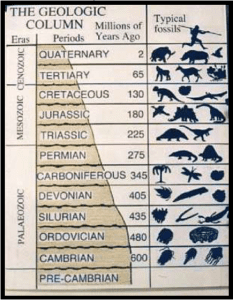 This problem isn’t exclusive to illusive deep sea fish, and actually the issue gets worse as you dig deeper. There are completely modern looking animals in allegedly ancient geologic layers in places that are definitely NOT supposed to be in. If dinosaurs evolved into birds, then the dinosaurs would come first in the fossil record, in deeper layers than the birds. Dinosaurs were erased from the earth about 65 million years ago, evolutionists contend, and birds are their survivors of today—but what if we find modern looking birds with dinosaurs? You are not supposed to see ancestors alongside their descendants—they should be millions of years apart. Nye should be convinced that evolution isn’t accurate, because we do indeed find out of place fossils such as this.

Even Scientific American admits that birds lived alongside dinosaurs (Dyke, 2010). The Milwaukee Museum is currently the only museum to put a bird in the dinosaur display (Batten, 2013), but other curators have admitted having Cretaceous-period birds which they don’t have on display. The truth is that the “dino to bird” myth is busted with dinosaur’s next door neighbors being birds. Even if evolutionists change their mind about the origin of birds, they are left with some explaining to do about why modern looking birds, such as a parrot that would fit into rainforests today, haven’t changed and our way out of their time period.

“Few are aware of the great number of mammal species found with dinosaurs. Paleontologists have found 432 mammal species in the dinosaur layers; almost as many as the number of dinosaur species. These include nearly 100 complete mammal skeletons. But where are these fossils? We visited 60 museums but did not see a single complete mammal skeleton from the dinosaur layers displayed at any of these museums. This is amazing. Also, we saw only a few dozen incomplete skeletons/single bones of the 432 mammal species found so far. Why don’t the museums display these mammal fossils and also the bird fossils?”

The existence of out of place polystrate fossils also should convince Nye of the error of looking at each layer (strata) as eons of time. Trees have been found to go through several layers that are supposed to represent millions of years. Trees would rot and decay if exposed for millions of years, so they couldn’t be fossilized as layers upon layers slowly were poured on them. Sometimes, such as the famed Carboniferous “fossil forest” in Nova Scotia, Canada, the layers the trees protrude through have fossilized creatures in them, mostly reptiles. Are these the toughest trees ever or do the guesses about the strata prove to not be consistent with the evidence? Evolutionists have an answer to this critique: evolutionists suggest fossilized polystrate trees were buried quickly, probably by a flood (MacRase, 1994). Is the problem solved then? After all, they do agree with our answer. But evolutionists have employed a pick and choose method that has backfired—if this one was a flood, how do we know other layers were not laid down quickly by some catastrophe such as a flood—perhaps a Global Flood?

Another fossil record conundrum is brought to us by a sponge. In the late 1990s, a paleontologist working off the coast of Canada, on Vancouver Island, discovered a sponge which he branded as a new species: Nucha vancouverensis. This sponge according to his examination of the rock layers, came from the upper Triassic Period, about 220 million years old by old earth assumptions. Unbeknownst to the paleontologist at the time, an identical species dubbed Nucha naucum has already been discovered in New South Wales, Australia, in a 520 million year old Middle Cambrian layer (Stanley, 1998). There is a 300 million year interval where this sponge was presumed to have existed— unchanged by natural selection, apparently—yet it is not found in the fossil record anywhere in this gap. This is an example of our incomplete fossil record (this is good and bad for our evolutionist friends—it gives them hope we may actually find a transitional fossil, but it also shows they shouldn’t be making conclusions until we have a lot more fossil evidence) and this displays how evolutionists go with the flow of actual evidence and move up the age of an ancient Cambrian fossil.

Discovers are pushing back the ages of lost organisms often. A particular striking example of fitting “fact” to theory was the result of discovering a winged insect in the Lower Silurian, pushing back previous ages some 80 million years. But because insects depend on plants, even without fossil proof, so-called scientists had to push the origin of plants way back into the Ordovician (Engel 2004).

Bill Nye, since he is not a geologist, may not have realized how little we know about fossil distribution and about the fossil record as a whole. Fossils out of place are found on occasion, but we’d no doubt find more if that’s what we are searching for, but are explained away by invention of some new evolutionary tale. Speaking of scientific predictions—a theme in the Ken Ham vs. bill Nye debate—fossils so often go against evolutionary predictions, but are saved by quick thinking and a new theory. We’ve found out of place fossils and will no doubt continue to do so, so the question remains: Why isn’t Bill Nye a Believer? 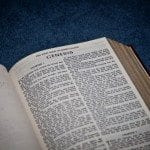 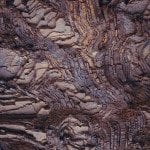