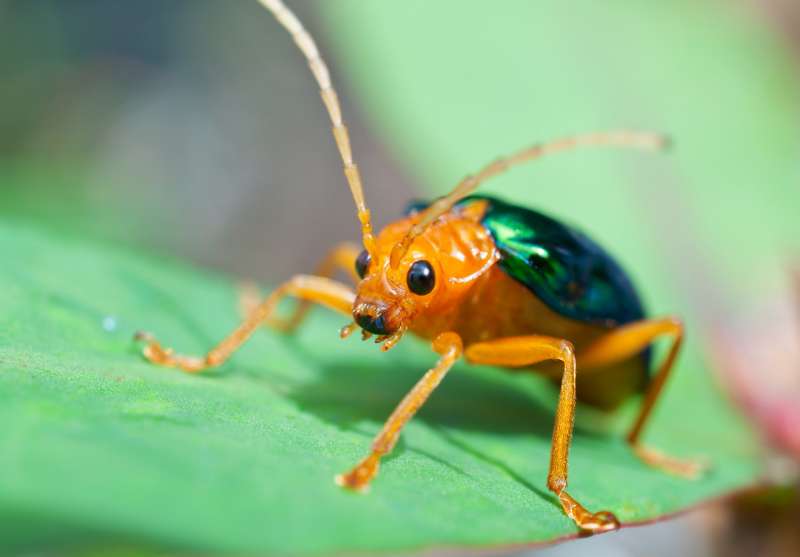 A small reddish beetle has earned its common name of “Bombardier”. It was created with the ability to fire a chemical solution that can scare, or injure, anything theBombardier considers as threatening. A human can even get aslight, but painful, skin burn if fired upon by this little beetle.

The Bombardier’s defense consists of a complicated well designed system for storing, combining, and firing its chemical mixture. (Some shaving cream dispensers use a similar method of producing hot lather.) Two glands near the end of the Bombardier’s abdomen store separated amounts of hydrogen peroxide (an antiseptic) and hydroquinone (used for hydrogen peroxide (an antiseptic) and hydroquinone (used for photographic developer). A sphincter muscle squeezes the fluid from the glands into a type of firing chamber where other chemicals are mixed, at just the right instant, causing pressure to build up. The result is bad news for anything messing with the Bombardier.

The Bombardier can aim this hot (100 degree) substance with excellent accuracy and can repeat fire dozens of times. Each shot sounds like a small pop-gun and also produces a puff of smoke with a vile smell. Other nearby beetles will join in the firing.

Let’s use a “Just So” story of evolution to explain how the Bombardier Beetle could have developed this amazing ability. Dr. Gary Parker tells of a beetle, minding his own business, that is zapped by a magical cosmic ray and suddenly has a volume of hydrogen peroxide. What good was this for the beetle’s survival? The beetle would just fizz to death. What if the magical cosmic ray caused a volume of hydroquinoes instead? Well, if the beetle had a camera it might come in handy. Or, imagine two rays hitting the beetle and supplying it with all the chemicals. BOOM! The beetle blows itself up.

No reasonable person believes hot shaving lather dispensers happened by themselves with time and chance. Bombardier Beetles didn’t happen by accident either. They are a wonderful example of a Creator with a plan and a purpose. 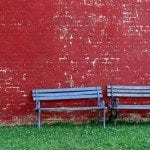 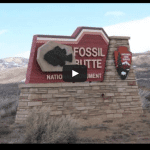