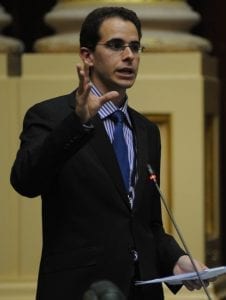 Dr. Nir J. Shaviv is an astrophysicist of some renown. He has over 100 scientific papers to his credit and is currently chairman of the Racah Institute of Physics at The Hebrew University of Jerusalem. I think it’s safe to say that Dr. Shaviv knows a thing or two about science and how it is done.

One of his specialties is studying the effect that cosmic rays  have on the earth’s climate. So just to make it clear. Dr. Nir Shaviv is a well-respected scientist who has published peer-reviewed research specifically about earth’s climate.

Does this mean we have to believe what Dr. Shaviv says when it comes to earth’s climate? Of course not. However, it does mean that he is a recognized expert in the field. Even when I disagree with experts, I still try to pay attention to what they say and the data they produce, because they know more than I do when it comes to the issue I am investigating.

Thus, while I certainly don’t have to agree with the conclusions of any given expert, I do have to at least try to understand the data the expert has collected and why he or she thinks they point to a certain conclusion. If I don’t do that, I am no longer thinking scientifically. After all, the only way you can make a scientific conclusion is to consider all of the data. Ignoring data because I don’t agree with the source is not scientific; it is emotional.

Why am I bringing this up? Because last night, I was scrolling through a news feed and noticed a Forbes article entitled, “Global Warming? An Israeli Astrophysicist Provides Alternative View That Is Not Easy To Reject.” Obviously, that title was very interesting to me, so I clicked on the link. Unfortunately, what I found was a message that said:

After review, this post has been removed for failing to meet our editorial standards.

We are providing our readers the headline, author and first paragraphs in the interest of transparency.

We regret any inconvenience.

This seemed rather odd to me, so I decided to do some digging. What I found did not reflect well on Forbes.

As Erica Albright says in The Social Network:

Knowing this, I went searching for the article that Forbes claims does not meet its editorial standards. I used my favorite tool for this purpose (mostly because of the name), The Wayback Machine. I found the article and read it in its entirety. What I found was an excellent article that clearly explains one respected scientist’s view of the global warming hysteria that certain high-profile scientists and politicians are promoting. Since then, it has been posted elsewhere, in a form that is probably easier for most browsers to read.

Please read the article for yourself. While reading, try to spot what caused Forbes to decide that it didn’t meet their editorial standards. The only thing I can think of is that the respected scientist had the audacity to question the narrative that global warming is going to lead to the end of the world as we know it. Indeed, he even mentioned the nonsensical assertion that 97% of all climate scientists agree with the narrative:

Only people who don’t understand science take the 97% statistic seriously…Survey results depend on who you ask, who answers and how the questions are worded. In any case, science is not a democracy. Even if 100% of scientists believe something, one person with good evidence can still be right.

Even though that statement is 100% correct and fundamentally important to understanding the very nature of science, it flies in the face of the narrative that some high-profile scientists and politicians are pushing. As far as I can tell, Forbes decided the article didn’t meet its “editorial standards” because it failed to support that narrative. 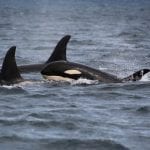