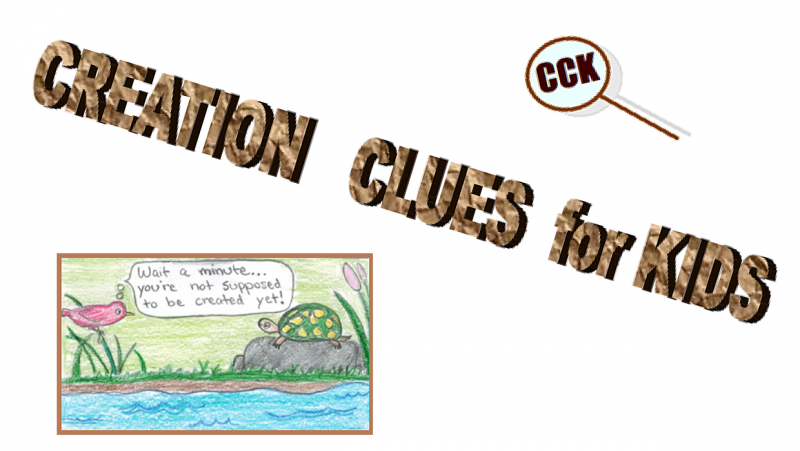 Did God use evolution to create everything?

The Bible says in the very first verse of the very first chapter that “In the beginning God created the heavens and the earth”.  Some Christians have thought that maybe God used evolution and millions of years to create everything in the universe, but as you will see in this issue of CCK, that is simply not true.  The Bible not only tells us that God did create the universe, it also tells us how He created it and about how long ago He created it.

As Christians, we know that the universe was created about 6,000 years old based on genealogies found in the Bible. Genealogies are family history facts – who your parents are, and who their parents are . . . all the way back to Adam and Eve!

Order of creation vs. order of evolution

Genesis 1 tells us all about the order of creation and that order does not line up at all with the order of evolution. God created the earth before other planets, moons, the stars, or even the sun. On the other hand, evolutionists say that stars and the sun came long before the earth.  Genesis 1:2 says that the earth was covered in water originally, but evolutionists say that the earth started out as a fiery mass.  God created birds before He created reptiles (lizards, snakes, and even dinosaurs!).  Evolutionists say that birds evolved from reptiles.  How could birds have evolved from reptiles if reptiles were not created yet?  They couldn’t have!  A person cannot logically believe in both the Bible and evolution.

Do you enjoy exploring your back yard or park?  Or maybe you like finding rocks, feathers, flowers, bugs, or toads?  There are all sorts of amazing things to see throughout God’s incredible creation!  This may sound a little bit funny, but exploring the world around us is actually part of God’s first command to people, the dominion mandate.  In Genesis 1:28 God commanded Adam and Eve to “have dominion” (almost like a king or queen)  over the earth and every living thing.  Because God created people in His image, more special than any animal or even the largest galaxy  we should learn about and explore the world around us to take care of it and be in charge of it (but under God) just like He commanded.

You have probably heard before that when God created the universe, He said that His creation was very good.  But, in your exploring, you have probably seen a bird egg that fell from its nest, killing the baby bird inside, or possibly fossils (which are basically the remains of a once-living animal).  How can the perfect, loving God that the Bible talks about call animals and people dying good?  If so, how can we trust Him when He says that Heaven is good?  The truth of the matter is that we live in a fallen, sinful world.  God originally created everything good, but when Adam and Eve disobeyed God, everything changed.

As the warmth of the sun reaches the early morning grass, still wet with dew, water begins to evaporate and transpire.  Since warm air rises, the air at the surface that has a lot of water vapor (similar to steam) in it rises high in the sky, until it cools down and the water vapor turns back into droplets of water, and condenses into clouds.  As more warm and damp air goes up to the clouds, they grow into incredible, towering cumulonimbus (say it like “kyoom-you-low-nim-bus”) clouds.  This is how a thunderstorm forms.  Thunderstorms can be scary and dangerous, because we live in a fallen world, but they are also beautiful and magnificent, giving plants and animals the water they need to survive.

Back to the original question: Did God use evolution to create the universe?  I have already mentioned how the order of creation in Genesis does not line up with the order of evolution, but there is a much bigger reason why God could not have used evolution.  Evolution requires suffering and death to weed out the “unfit” and allow the “fit” ones to survive.  Death is bad, and God, who cannot lie, called His creation good before Adam and Eve sinned.  That means that if God had used evolution Adam and Eve would have had to sin before any evolution could happen and yet they could not have sinned before any evolution could happen (which it never really could) because they would not have evolved yet!  Do you see the problem here? Adam and Eve couldn’t have sinned before they existed.  God could not have used evolution to create the universe. 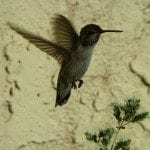 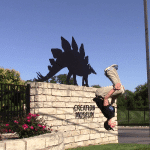