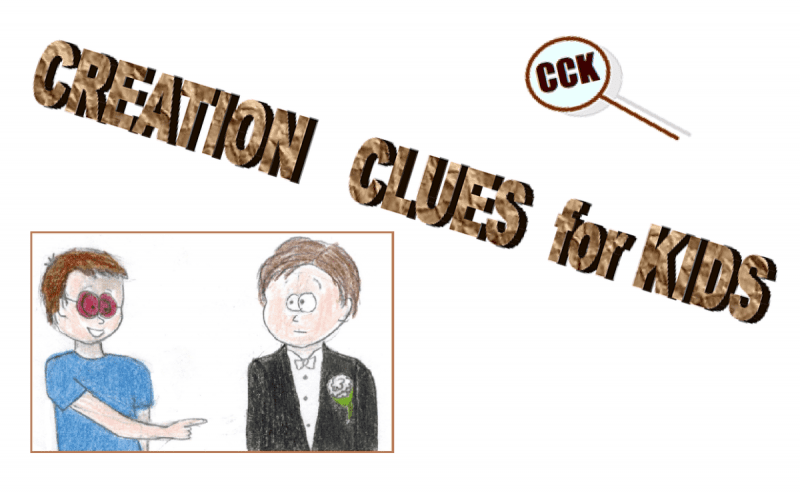 Have you ever tried on a pair of glasses with red colored lenses?  Or 3D glasses?  They make everything look strange shapes and colors.  Every scientist, and in fact, every single person in the world uses a kind of glasses to help them see and understand the world around them, only these glasses are inside our brains, so we can’t see them.  These glasses are worldview glasses – they are the lenses that help us make sense of everything around us.

The problem is, just like the pair of glasses with red lenses or 3D glasses, our worldview glasses can sometimes make us see things the wrong way.  If we do not have on the right pair of worldview glasses, we will believe lies and deceptions (things that seem to be true, but are not).   Many scientists believe some lies, and even make up some, all because they do not have the right worldview glasses.  If they did, God’s creation in the world around them would make much more sense.

The Right Kind of Glasses

Have you ever noticed the word “pasteurized” stamped on a milk carton and wondered what it means? Well, for many years, people used to think that germs and bacteria that make food go bad and people get sick just created themselves out of nowhere.  However, these germs and bacteria are living creatures, like tiny bugs.  A man named Louis Pasteur did experiments to prove that these tiny creatures did not just come out of nowhere.  These creatures came from their parents – the same way we do!

The Law of Biogenesis: Every living thing came from its parents!  “Bio-“ just means life and “-genesis” means beginning (same word for the first book of the  Bible).  In other words, life only comes from life.

Have you ever visited a cave before, and seen the stalactites and stalagmites?  Carlsbad Caverns is a huge network of caves in New Mexico.  90 years ago, there was a visitor’s sign that said that the cave was at least 260 million years old.  But, just 26 years ago, after seeing that the stalactites and stalagmites formed much quicker than they thought, they took that sign down, replacing it with a sign saying that the cave was 7-10 million years old.  For a little while, there was a sign that said the cave was 2 million years old, but now that sign is completely gone.  You see, because they had on the wrong worldview glasses, they could not tell how old the cave actually was.

Stalactites and Stalagmites:  Stalactites are the pointy columns of rock that seem to hang down from the ceiling of a cave. Stalagmites are similar, but they point up and sit on the floor of the cave (remember “c” for ceiling and “g” for ground). They form from minerals inside the  water dripping in a cave

Have you ever had a chance to look at the stars, planets, or moon through a telescope?  Well, for a while, people thought that the sun and all the planets go in circles around the earth.  But, the math of moving planets just didn’t work out that way.  Instead, the math showed that all the planets, including earth, circle around the sun.  The moon is really the only thing that circles around the earth.  People make mistakes in science, but God can never make a mistake.

In this issue we are celebrating the two-year anniversary of Creation Clues for Kids.  Since most of the current CCK readers have never read the first issue, this two-year anniversary issue is a slightly changed version of the original issue of CCK.  Thank you for making these past two years possible!

If you have a question or comment, please send an e-mail to our editor, Sara Bruegel at: CreationCluesForKids@gmail.com and it may get published in the next issue.  Also, you can visit www.CreationClues.com to read a new clue each week or see past issues of CCK.  This issue’s cartoon was drawn by Eliza Haley.

“I’m sure alien species have gotten use to the fact that they evolved, weren’t always on their planet, and will not always be there, because we on Earth are way too worried about making ourselves feel good.” ~ (Blog comment from an evolutionist)

This is a good example of a wrong worldview.  The first thing I wonder when I read this is how this evolutionist can be sure that there are aliens or sure of what “facts” those aliens have gotten used to.  However, our evolutionist here also makes a good point: we all tend to be selfish.  This is because we are all sinners and need God’s salvation.  Evolution teaches that we need to focus on making ourselves better, but the Bible teaches us to focus on loving God and others. 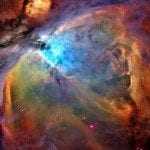 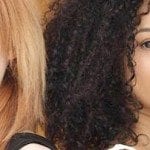