Lucy and Maria Aylmer are 18-year-old twins from the United Kingdom. They were born on the same day from the same mother, yet one has light skin and hair, and the other has dark skin and dark, curlier hair. Lucy told the New York Post, “No one ever believes we are twins because I am white and Maria is black.”1 Strictly speaking, nobody is literally black or white, but their unique story illustrates how the diversity of human traits now found around the world could have arisen suddenly in Noah’s offspring.

Although these twins’ individual styles may accentuate their differences, their light and dark skin tones remarkably contrast. Their three siblings, however, have mid-tone skins—colors between either twin. When asked about their siblings’ skin tone on Good Morning Britain, Lucy replied, “They’re all quite in-between me and Maria as like opposite ends of the spectrum.”2

Human skin tones do fit a spectrum, not simple, separate categories of black or white. Those whose skin bears more melanin appear darker, those with less melanin look medium-toned, and those with very little melanin appear lighter. And the genetic differences between any two people on the planet, regardless of skin tone, amount to a paltry 0.1 percent. Maria and Lucy help show why the concept of “race” has no real genetic basis. …Continue reading. 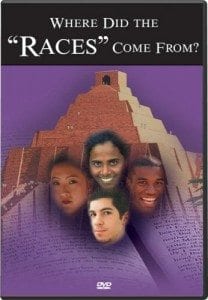 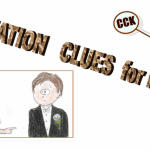