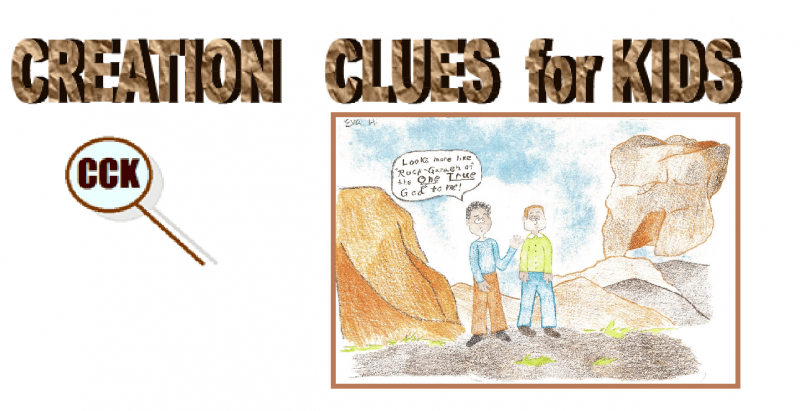 Have you ever seen a rock garden, or made one yourself? A rock garden can often look really cool, with different sizes and colors of rocks arranged in specific ways.  There’s an enormous natural “rock garden” in Colorado Springs, Colorado called “Garden of the gods” that I got to see recently.  There are enormous, jagged rocks sticking up out of the ground and huge boulders so delicately balanced on top of each other that they look ready to come tumbling down at any second

Garden of the ONE TRUE GOD

Does the name, “Garden of the gods” bother you a little?  You may be thinking that there’s only One True God, not a bunch of gods who have to meet in a garden.  And if that’s what you are thinking, you are absolutely right!  Our Creator originally made us to love Him and to be loved by Him.  Satan tempted Eve to disobey God in the Garden of Eden by telling her that eating the fruit would make her like a god.  This is where the idea of false gods first came from.

Most of the Old Testament in your Bible was originally written in Hebrew, and later translated into English and many other languages. The Hebrew name for the One True God is “Yahweh”, often written “YHWH”. This is where we get the word “HalleluYAH”

All the enormous, cool-looking rock formations at “Garden of the gods” are better explained by the Bible’s account of the quick, disastrous, world-wide flood of Noah’s time than slow processes over millions of years.  Many of the rock layers here were made by either mud or volcanos during the flood and all kinds of interesting things started happening to those rocks around the end of the flood and while the earth was recovering from the flood.  While we will probably never know for sure exactly how all these neat rocks were made (because scientists are always changing their minds about the way things work) we can know that they were not made over millions of years, but by the world-wide flood the Bible talks about.   You can’t always trust what scientists say (because they’re people, and people make mistakes) but you can always trust God and His Word, the Bible!

Since the Rocky Mountains of Colorado were probably lifted up toward the end of the flood (and for a short time after the flood), this would have caused a lot of pushing, shoving, squeezing, and bending of all the still-soft mud layers nearby

At “Garden of the gods”, tall, sharp, jagged rocks stick up out of the ground randomly all over the place.  Some of these rock formations are so big that people have to use ropes and other equipment to climb to the top.  These rocks are best explained as being made by a soft mud layer getting squeezed (like toothpaste) into cracks and crevices of the layers around it and later hardening into rock.  These are called “sandstone injections”.  Later, the crazy weather, earthquakes, and other disasters at the end of and just after the world-wide flood would have caused some of the layers around these “sandstone injections” to break away leaving the tougher, jagged “sandstone injections” by themselves sticking up out of the ground.

Careful!  Don’t breathe too hard, or else that giant rock might fall on you!!!  One of the most famous giant rocks at “Garden of the gods” is called “Balanced Rock” and that’s exactly what it looks like: a huge rock

balanced on a small corner.  It looks like it could fall down at any second.  This rock wasn’t put there by people, but all the crazy weather at the end of and after the flood probably caused all the other pieces that used to be around this rock to break away from it.  “Balanced Rock” is supposed to be perfectly safe to get up close to (many people stand right next to or under it for pictures), since all the math shows it can stand by itself, just like it has for the past four thousand years or so since the world-wide flood.  However, there was another balanced rock similar to this one at “Garden of the gods” that fell over when no one was around that completely shattered when it fell.

Some of the enormous rock layers you can see at “Garden of the gods” look like stripes going vertically (up-and-down) rather than horizontally (side-to-side).  This had to have been done when the layers were still soft – it couldn’t have happened “millions of years” after the bottom layers were made, but while they were still soft and flexible, around the time of the world-wide flood.

CCK is written by Sara J. Bruegel.  If you have a question or comment, please write to Sara at: CreationCluesForKids@gmail.com and it may get published in the next issue.  Also, you can visit www.CreationClues.com to read a new clue each week or read past issues of CCK.  Many thanks to Eva H. (age 12), who drew the cartoon for this issue of CCK!  If you have made a cartoon or drawing about God’s creation that you want us to put in our “thoughts from readers” section, please send us an email!

Read and print other editions of CCK Here

We encourage you to print as many copies as you like for yourself, friends, church, private school, ministry, or other group, free of charge.  All we ask is that you respect the author’s copyright by 1)giving full credit to the author, 2)DO NOT charge for this newsletter or in any way try to make money off of Creation Clues for Kids, and 3) DO NOT change any of the content 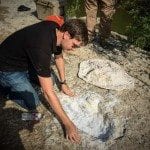 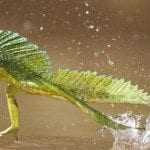