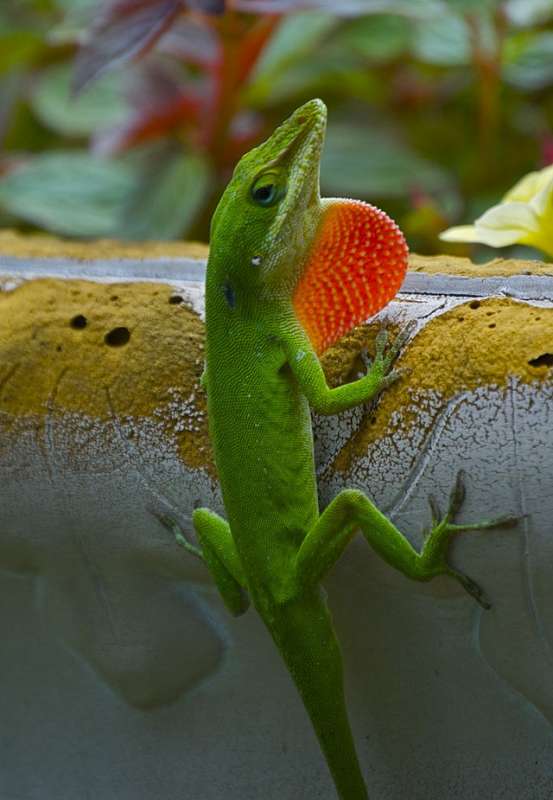 Last month, in October 2014, scientists with the University of Texas at Austin triumphantly announced that lizards in Florida have been quickly evolving. These lizards, known as Carolina anoles or green anoles, are native to certain islands in Florida as well as parts of the southeastern US. However, in the 1950s a new species of anoles, Cuban or brown anoles, were introduced into native green anole habitat. This introduction forced green anoles to compete for resources and share their habitat. The University of Texas study examined the morphology and habitat of green lizards on certain Floridian islands following an introduction of brown anoles. Quickly the green anoles’ habitat became limited to the upper half of trees. Within only fifteen generations, or twenty years, supposedly “their feet evolved to become better at gripping the thinner, smoother branches found higher up…their toe pads had become larger, with more sticky scales on their feet.” The lead scientist of the study stated, “We did predict that we’d see a change, but the degree and quickness with which they evolved was surprising.”

Is this an example of molecules-to-man evolution? The researchers would certainly like people to think so! How should those who believe in biblical creation respond to such a study?

First, people need to understand the difference between natural selection and evolution. The media, scientists, and laypeople often equivocate the two and call natural selection “evolution.” But they are not the same thing. Natural selection is a real phenomenon. It can be seen all over the world from the Galapagos Islands with their finches to schools of blind cavefish swimming in the dark waters of Mexican caves. Humans even successfully harness this process to produce meatier cows and heartier wheat. Natural selection works on existing information. A change in habitat or an introduction of a competing species would wipe out organisms that are unable to adapt to the new environment. So, in His wisdom, God built a huge amount of genetic variability into the DNA of every creature. This allows them to adapt to changing conditions. Contrast this with molecules-to-man evolution. Evolution requires one species to turn into another. To turn a fish into an amphibian new information is required—and a lot of it! Natural selection could never, even given 100 million years, turn a fish into an amphibian because it can only work on existing information. It cannot add information, it can only take away or rearrange information. Evolution and natural selection are not the same thing.

Are these lizards examples of evolution or natural selection? No new information was added into the genome for these lizards to have larger toe pads and stickier scales. The information was already there but it did not show up until competition forced it. As brown anoles began to demand their own habitat and began to eat green anole hatchlings (green anoles will also eat brown anole hatchlings), the green anoles were forced up into trees. Those anoles that had bigger, stickier feet survived in this new environment better and lived to pass along their genes. Soon, the population was predominantly big, sticky toed lizards. This is not an example of evolution because no new feature was created and no new information was added to the genome. This is simply natural selection in action.

Natural selection showcases the Creator’s wisdom. He knew that a post-Fall earth would require organisms to be able to adapt quickly. For example, following the Flood of Noah’s day, the earth was completely reshaped and filled with new environments that likely did not exist before the Flood (i.e. deep ocean trenches, arctic and antarctic regions, deserts, high mountains). Creatures would need a vast amount of information in their genes to have the resources they would need to fill these ecological niches as they spread out for the Ark. The wise Creator knew this was coming and designed creatures with the ability to survive and thrive in a changing environment. These little lizards do not give glory to evolution, they proclaim the wisdom of their Creator! 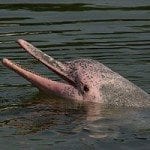