Today, there is an ever increasing demand for tolerance in our churches. Many require that biblical views be compromised in order that they might agree with what is regarded as science — compromise without regards to the cost.

It is a mistake for Christians to concede to these speculative theories. Those who aren’t Bible believers will be confused when faced with a choice. Do we trust the Bible, or do we put our trust in theory?

Here are a few theories to look out for:

The Day Age theory which interprets each day of creation to mean an age of time.

Progressive Creation is straight evolutionary theory, with the idea that God stepped in and guided only when he was needed.

The Gap Theory puts a massive gap of time between Genesis 1:1 and 1:2 allowing for life and death before sin, and creates many more questions than it answers.

The local flood theory calls for the dismissal of the global flood account as found in the Bible, even though a global flood is indicated by geology all over the world.

Those who are confused with all of the wild ideas being presented, need to stop listening to man, pick up their Bible, flip to chapter 1, and read it for what it plainly says. 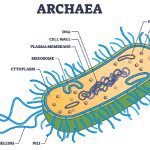 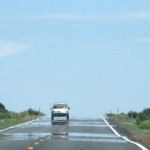