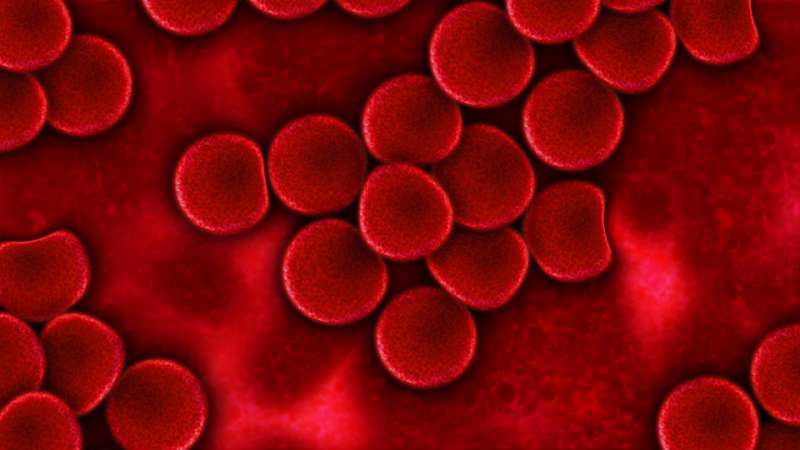 I am responding mostly in sequence following Rana’s progress in his book chapter by chapter.

Rana’s book is organized as follows:

Ch. 1: “Dinosaur Blood in Fossils: Who Would Believe It?”

Ch. 2: “Dinosaur Blood and the Case for a Young Earth”

Ch. 3: “Radiometric Dating and the Age of the Earth”

Ch. 4: “How Did Soft Tissue Survive in Dinosaur Fossils?”

Conclusion: “Should You Believe It or Not?”

Appendix A: “A Biblical Case for an Old Earth”

Appendix B: “The Creation-Evolution Controversy in Jurrasic World”

Chapter One: Dinosaur Blood in Fossils: Who would Believe It? pg. 15-27

Throughout his book, over and over again like a hypnotic mantra, Fuz Rana makes continual ex cathedra age pronouncements that this or that organic tissue has somehow endured for so-many millions of years. For example, in Chapter 1 alone we have at least 14 examples of these claims. Rana offers no proof or even any kind of any remotely indicative evidence that these proclamations of extreme endurance of organic tissue are valid. This is, in the final analysis, a matter of fiat proclamation on Rana’s part. It is true because Rana says it is true. The results of empirical experimental science contradict Rana.

Here are some examples Rana cites:

Pg. 16: “shells of fossilized eggs that were about 70 million years old…fragments of the egg protein ovalbumin…”

Pg. 23: “heme (the oxygen-binding portion of the hemoglobin molecule)…46 million years in age”

Pg. 23: “remains of cephalopods…about 160 million years…black ink sacs have been preserved within these specimens.”

Reading this section, one can almost believe Rana is taking the opposite position on this issue. This litany of examples of soft organic tissue, especially in the aggregate, is absolutely screaming NOT MILLIONS OF YEARS OLD. Rana seems to believe that by fiat proclamation he can simply conjure millions of years out of nothing. Rana is attempting, in essence, ex nihilo creation. In none of these examples does Rana inform his readers how these age determinations were made. So where did Rana get these numbers? He certainly does not have the biochemistry on his side. Later in the book, in what in my opinion constitutes effrontery, Rana disputes the empirical results of tissue decay experiments (universally agreed upon until extant soft dinosaur tissue was discovered) regarding what is probably the toughest organic tissue, collagen.

Consider these comments from the creationist website, Answers in Genesis, regarding Rana’s claims:

“In his book Dinosaur Blood, Dr. Fazale Rana questions the validity of these decay studies since the researchers measured degradation rates only at high temperatures. He concludes that because high temperatures will accelerate protein degradation, these studies cannot be applied to decay rates in cooler, subsurface environments.

“However, Dr. Rana completely misrepresents these experiments. High temperatures are often used in protein decay studies to assure a rapid degradation, since lower temperatures can dramatically slow the rate of decay. This slower decay could extend the length of the experiment by months or even years. As long as the protein decay rate fits a predictable reaction curve, the Arrhenius equation can be used for converting the rate to different temperatures. Therefore, decay measured at high temperatures can be used to predict the decay rates at lower temperatures. This is a common protocol in protein biochemistry, and is well established with decades of experimental work.

“Dr. Rana speculates that high temperatures may unexpectedly alter how collagen will degrade, so perhaps the Arrhenius equation cannot be properly applied. However, he fails to offer any experimental support for his conclusion. If he wants to challenge these decay studies, he needs to provide experimental evidence that collagen decay is somehow an exception to this equation. Since the decay rates are well established, he would have a distinct ‘uphill battle,’ which might explain why he only offers conjecture as his rebuttal to the experimental work.

“Plus, as already mentioned, in addition to collagen, fragments of many other proteins have been extracted from dinosaur fossils. Several of these proteins (e.g., myosin, actin, and tropomyosin) are not nearly as structurally “tough” as collagen. In fact, studies would suggest some of these proteins degrade fairly rapidly postmortem. Thus, there is no experimental evidence that each of these other proteins could survive for more than just a fraction of the time that collagen can survive. Even if there were a biochemical basis that enabled collagen fragments to survive millions of years, this cannot be said about all these other dinosaur proteins.”—Answers in Genesis website, “Dinosaur Tissue: A Biochemical Challenge to the Evolutionary Timescale,” by Dr. Kevin Anderson on October 20, 2016, bold emph supp.

It is quite clear when examining Rana’s repetitious declarations of “millions of years” what he is attempting to accomplish. This repetitiveness is intended to reinforce the belief in deep time–both his own belief and that of his readers. These bare assertions of deep time, in the absence of any coherent biochemical argument, serve only one purpose: they are an emotional defense mechanism Rana is using as protection against the clear implications of the empirical data. This repetitiveness of unsupported deep-time claims betrays an inner defensiveness on Rana’s part. Rana is trying to convince himself. Whether Rana will admit it or not, Rana has grasped the significance of the data, and he is struggling to repress that awareness. The discovery of extant dinosaur tissue has clearly rocked Rana’s world, and “Dinosaur Blood and the Age of the Earth” essentially represents Rana licking his wounds. Like it or not, this is an inherently young-earth creationist issue.

“A few years ago, no one would have thought that organic molecules could survive long enough to be recovered from fossilized eggs. No one in their right mind would have been willing to spend time, effort, and money to try to detect organics in fossilized specimens…

“…the common wisdom at that time held that it was impossible for organic materials to survive for hundreds of thousands—let alone millions—of years…”—emph. sup.

I will give credit to Rana for acknowledging the plain truth here. No one thought organic molecules could last for even hundreds of thousands of years (to say nothing of millions), least of all biochemists, paleontologists, forensic scientists or homicide detectives. This is not mere folklore or “common wisdom,” to use Rana’s pejorative phrase. This belief is based upon empirical science. And this belief is correct. Rana does, indeed, correctly summarize the mindset of the contemporary scientific-academic establishment. The reason no one believed that original organic molecules from dinosaurs could persist to the present is because of the accepted deep time paradigm—which is a false religious belief of the religion of Naturalism, and is a compromised Christian doctrine of those seeking a synthesis of biblical faith with the dogmas of pagan, secular, atheistic academia. There is no doubt in my mind that if it had not been for this pervasive false belief in deep time, dinosaur tissue would have been studied under microscopic examination long ago, before Roman Pawlicki finally did so in 1966 (or thereabouts). The belief in evolution and deep time has retarded the advancement of science in this regard by about a century and a half!

“In spite of the impressive amount of data generated through careful, painstaking investigative work, many paleontologists remain unconvinced that soft tissue leftovers have persisted…They are motivated to do so, in part, because they can’t let go of the conviction that soft-tissue cannot survive for millions of years.”

No, Dr. Rana, not precisely.

Rana falls prey to, and promotes, a subtle error of logic at this point. Actually, these paleontologists whom Rana criticizes refuse to let go of the conviction, based upon their religious faith in deep time rooted in Naturalism, that dinosaurs lived and went extinct millions of years ago; and since they know of the empirical experiments demonstrating that even the toughest of organic tissues (collagen) cannot persist a million years, they reason that the soft dinosaur tissue finds MUST be contamination or bacterial biofilms. The logic of the paleontologists Rana criticizes is truly flawless here and cannot be faulted. The problem is that their premise, the assumption which makes up the beginning point of their reasoning, is false.

“(S)ome scientists are so locked into the old paradigm that no amount of evidence will convince them…”—(pg. 26).

It appears that no amount of empirical evidence showing the upper limit on tissue persistence to be well below a million years for even the very toughest of proteins will convince Rana. Rana just knows that the results of the chemical kinetics experiments must be incorrect. In the final analysis, Rana’s case is a very desperate case, indeed.

In Part 4 we will examine Chapter 2 of Rana’s book, “Dinosaur Blood and the Case for a Young Earth.” 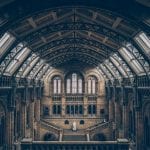 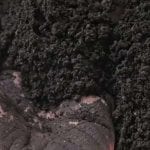