[Originally published as Give me a break – Ken Ham’s hyperevolution]

Give me a break.

In the past couple months, I’ve heard on more than one occasion the insinuation from evolutionists that somehow creationists are really evolutionists, so the creation/evolution debate has radically changed. Why? Because Ken Ham now endorses “hyper evolution” in the Ark Encounter, and that’s new! Creationists have given up on creationism and now just accept an absurd form of evolution. WOW! “He’s more of an evolutionist than I am!”

Give me a break.

I hope I can maintain a charitable attitude here, but this emerging attitude is so ludicrous I’m going to have a really hard time doing that.

First of all, this isn’t Ken Ham’s original idea, any more than it’s my original idea. I’ve complained about this before, but the true history of creationist thought is not really catching on. There just seems to be a gut-level appeal to saying that Ken Ham is more evolutionist than the evolutionists!

Except that this is a ludicrous example of false equivalency.

Why? Let’s think through the ways the word evolution can be used.

There’s an attitude today that these different senses of evolution all follow logically and inevitably from the first sense. In other words, if you accept microevolutionary fluctuations, then you must, as a rational being, accept everything else. It’s just a row of dominoes.

But this is clearly incorrect.

Frankly, it can’t be more obviously wrong. Fluctuations within a population, even when they clearly demonstrate natural selection, cannot alone explain to us the origin of species. There must be other evidence added to the mix, the sort of evidence marshaled to support evolution sense #2, speciation and species relationships. Only when we see both sorts of evidences (for #1 and #2) would we be justified in thinking that sense #1 has anything to do with sense #2. Likewise, even if speciation were true, that doesn’t necessarily lead us to senses #3–5.

For example, the fossil or genome record could be otherwise, which would then falsify #3 or #4 while leaving #1 and #2 intact. And if the fossil record were otherwise, we wouldn’t even talk about the bird-dino transition or the evolution of hominins. These could be mysterious and unattested.

But, you say, the evidence is not otherwise, and all the evidence supports evolution; therefore the senses of evolution fall together like a row of dominoes. But that’s not true either. It’s at least possible that microevolutionary fluctuations due to natural selection have little to do with the emergence of new species.

Maybe speciation has more to do with particular types of variations that emerge along the lines of Goldschmidt’s macromutation model, and natural selection plays only a trivial role. That’s really one of the main questions in the creation/evolution debate: To what extent does the undeniable evidence of microevolutionary change or the compelling evidence of speciation relate to other sorts of evidence, like the fossil record or comparative genomics?

And there is other evidence, particularly biblical or theological considerations, that we bring to bear on evolution in the sense of #3–5. Issues such as a biblically-derived sense of the antiquity of the earth and the relationship of animal death to creation definitely have relevance to these questions in the creationist mindset.

What Do Creationists Actually Believe?

But despite all that, let’s just look at the reality of what Ken Ham believes about the senses of evolution:

So for these five senses of evolution, Ken Ham is sort of OK with #1 as long as you don’t call it evolution, unclear on sense #2, and rejects #3–5. So “Ken Ham’s Hyperevolution” is nothing shocking at all and really isn’t newsworthy. Except for that one little bit: he doesn’t like calling it “evolution.”

Just like Ken Ham, I am quite resistant to calling changes within created kinds “evolution” for the simple reason that the popular imagination identifies evolution with sense #3: the gradual development of life on this planet.

As a scientist and scholar, I can understand using “evolution” to describe senses #1–2, but as an educator, I understand that doing so leads to confusion. I want to make sure that I’m fully understood by my audience, and I need to find a way to communicate that to the audience. I do not advocate universal common ancestry or interpreting the fossil record as a gradual development of living things, and that’s a critical distinction.

Now you might say, hey, speciation is evolution; you know it, and you’re just dishonest because you won’t admit it. And I think that’s totally wrong.

What I advocate differs in important ways from the senses of evolution, and hence I think it’s worthy of either a new name or at least not confusing people with the same name.

Therefore I think it’s not only valid but imperative that we distinguish my position from “evolution” because they’re not remotely the same.

To me, then, if anyone is being disingenuous, it’s those who want to call Ken Ham an evolutionist when it’s so obviously false. If we care about honesty and fair treatment of people (loving your neighbor and loving your enemy), we should be very interested in speaking carefully and truthfully about that person. Ken Ham is not a hyperevolutionist.

Neither am I. We are creationists. 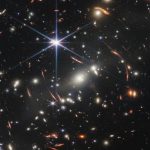 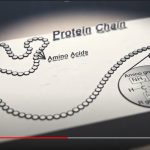