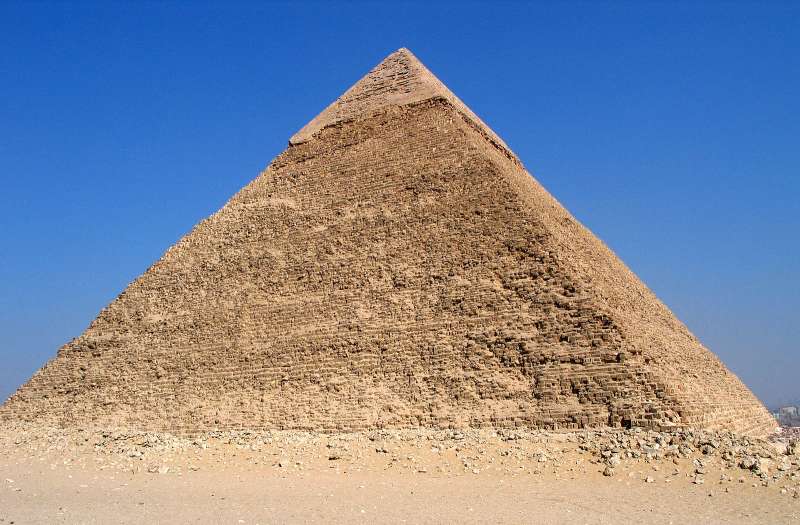 In some cases, such artifacts (see the last post, concerning OOPARTs) are not so easily covered. These include architectural marvels that, due to their incredible designs and impressive sizes, should not have been possible by the ancients.

Consider the amazing pyramids of Egypt. Herodotus was told that the pyramids were built by Cheops, his son, and brother. Herodotus repeated the account in the earliest known record of the pyramids and it has been repeated ever since despite the fact that there is no actual evidence to support it.

Interestingly, there is an alternative account of the origin of the pyramids that is ignored by secular researchers. According to a Coptic legend, the pyramids existed for centuries prior to Cheops, with the two greatest pyramids being built by Surid, one of the Kings of Egypt prior to a great, global flood.See editor’s note.
Surid had them constructed in response to a prophetic dream he had, in which “the sky came down and the stars fell upon the earth.”¹ Believing that a great cataclysm was imminent, King Surid ordered two pyramids constructed within which would be recorded all of their civilization’s knowledge of science, astronomy, mathematics, and geometry. Interestingly, the great pyramid contained no inscriptions, treasure, or anything of the like. The message of that kingdom’s knowledge was to be contained within the very structure of the pyramid itself!

The great pyramid is recognized for its immensity, raising to nearly five hundred feet in height and covering some thirteen acres at its base. It is built of stones weighing an average of two and a half tons, with some weighing as much as a hundred tons! Additionally, the surface of the Great Pyramid was once covered in a mirror-like cladding of an estimated 115,000 limestone blocks, each weighing approximately 10 tons.²

How the early Egyptians, could have moved and positioned such blocks to a degree that not even a piece of paper can slide between them is still a mystery to science.

The exact positioning of the Great Pyramid in regard to the lands around it and the planet as a whole gives us a great deal of information about the designer’s knowledge of geography and astronomy. For instance, each of the four corners of the Great Pyramid have been shown to point to the four corners of the Earth, with only a one-twelfth degree of variation, which itself has been explained by the gradual rotation of the Earth, not a builder’s mistake.

The height of the pyramid is proportional to the radius of the Earth and the perimeter to its circumference. During the International Geophysical Year (1957-58), satellites discovered that the Earth’s mean polar radius was some 150,265,030.4 inches. One ten-millionth of this figure would yield 25,026.5 inches, which is exactly the same figure discovered by three separate measurements within the Great Pyramid. Additionally, by using the North and South Poles, the equator, and the Earth’s center as reference points, the Great pyramid accurately divides the whole planet into a 3D grid of 30°, 60°, and 90°.³

Another telling feature of the pyramids comes not from their architecture, but rather their environment, as they are situated amidst the sandy dunes and rocky outcroppings of the four million square mile Sahara Desert. First, we should question that very environment, wondering where all the sand came from in the first place. While many will quickly jump to defend the uniformitarian answer of erosion and deposition over vast periods of time, the observant reader may feel compelled to seek a more satisfying answer. Could this overwhelming abundance of sand and sediment left over from an enormous flood, as Surid predicted?

As author David Larsen put it, “Where did this vast ocean of sand come from if it was not deposited by a retreating sea?” Furthermore, in the remoteness of such a locale, how was it possible to construct such megaliths as the pyramids, providing food and water for perhaps hundreds of thousands of workmen? Interestingly, there is evidence that the Sahara was not always a desert, even into relatively modern times. Rock paintings discovered within the Sahara suggest that not only was it abundantly hospitable at one point to man, but also supposedly extinct animals. As one author put it, “The extinct animals in the drawings suggest that these pictures were made sometime during the Ice Age; but the Egyptian motifs in the same drawings suggest that they were made in historical times.”4

What’s more is that modern satellites with radar have been able to peer through the shallowest sands of that vast region, reinforcing the notion that the Sahara was not always a desert. Those studies identified the remains of old drainage channels, along with a network of lakes and other bodies of water, some of which rivaling the size of the current Nile River Valley.

Also, in spite of its current desert surroundings, the Great Pyramid and the Sphinx alike have been documented as exhibiting extensive water damage! While some researchers have speculated that this is evidence that the pyramids and the Sphinx may be centuries or even millennia older than the secular record purports, most who have researched the evidence agree that at some point the structures were subjected to immense amounts of rain and flooding, only later to be commandeered under pharaonic rule.5

Several authors have commented on the mysterious nature of the pyramids and how the technology used to create them evidently asserts that the secular history of mankind is flawed. Larsen wrote of the matter:

The Great Pyramid and its sisters should be the results of thousands of years of accumulated knowledge and experience, and yet they apparently have no precursors and no comparable successors.6

Egyptologist and author John West said, “The fact that the technology involved in making [the Great Pyramid and Sphinx] is in many ways almost beyond our own capacities, contradicts the belief that civilization and technology have evolved in a straightforward, linear way…” 7

Even secular researchers stand amazed at the scale of these Egyptian masterpieces. Still though, we must remember that Egypt is not the only location of such impressive monoliths. Pyramids seem to be a ubiquitous structure throughout many of man’s civilizations, with the remains of these structures being found not only in Africa, but Europe, North America, South America, Asia, and even islands of the Pacific Ocean!

Not only are the existence of these structures in such diverse realms intriguing, but so too are the various icons and architectural motifs found throughout. Surely more is at play than simple coincidence.

Aside from the more typical pyramids of the world, there have been discovered amazing sites beneath the waves that mirror the same architectural styles, suggesting that mankind once built them in regions now long retaken by the tides.

In 2001, off the west coast of Cuba at a depth of 2,000 feet, was discovered an eight-square mile megalithic site that astonished researchers. The site, with its many stepped pyramids and symmetrical designs, from apparent roadways and other structures, resembled that of the Mayan and Aztec temples of Mexico, with the ruins appearing to be composed of smooth, hewn granite in sizes ranging from 2 to 5 meters in length. 8 Most amazing however is that its depth beneath the waves makes the site well over 50,000 years old according to the secular model. According to marine geologist Manuel Iturralde, “50,000 years ago there wasn’t the architectural capacity in any of the cultures we know of to build complex buildings.” 9

Speaking on the matter, Paulina Zelitsky, who is associated with the company that made the discovery, Advanced Digital Communications, said:

What we see in our high-resolution sonar images are limitless, rolling, white sand plains and, in the middle of this beautiful white sand, there are clear manmade large-size architectural designs…We don’t know what it is…but we do not believe that nature is capable of producing planned symmetrical architecture, unless it is a miracle. 10

As amazing as this find is, it is not alone. Similar structures have also been found off the coasts of Sicily and Japan, making the phenomena much more diverse than some would prefer…

Editor’s note: The notion that any large object such as a pyramid could have survived the global flood shows a very poor understanding of hydrodynamics. There is no way baring a miracle something of this size could have resisted the planet-reshaping forces of unchecked tsunamis. And besides, the pyramids are built directly on top of hundreds of feet of fossil-bearing water-laid sedimentary rock creationists universally assign to the Flood year.

At the same time, memories of an early civilization that would have been otherwise lost could easily have been reassigned by the later Coptics who remembered the first inhabitants of the newly dried Nile Valley.

For more on this subject see: https://answersingenesis.org/archaeology/ancient-egypt/were-the-pyramids-built-before-the-flood/ 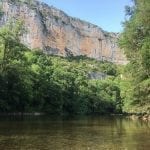 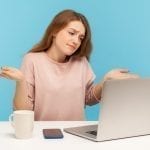