Evolution is found in scores of pages in your average high school textbook, but a lot of people don’t check the sources, because, after all, somebody smart wrote the book, right?
Ernst Haeckel, a German zoology professor, was an ardent supporter and promoter of Darwin’s ideas about evolution. It was really due to this free-thinker and pantheist’s enthusiasm that evolution took root in Germany. Yeah, problem is, he wasn’t worried about using fraud to support evolutionary ideas.
Haeckel was the first person known to draw an evolutionary “tree of life” for mankind. Sure, Darwin had used rudimentary “trees of life” for his theories, but not taking it this far. There was a problem with Haeckel’s tree-he had to get from non-living things to “simple” life. So he just invented a series of organisms, describing some as “lumps of mucus or slime” and gave them scientific names, proclaiming that these organisms filled the gap between nothing and simple life. His imaginative drawings and descriptions were then published in a scientific journal and then later, books. For fifty years this was given as proof of evolution even though these “organisms” were nothing more than figments of his imagination. I’m saying, he published their existence as fact without ever observing them, and NOW we know they don’t even exist!
Yes, that’s not the only thing he guessed at… Later he reasoned that the only real difference between us and the apes was that they can’t speak and we can. So he developed, and named, an intermediate species of “speechless apes.” Of course, not one scrap of evidence existed for such a creature and yet he had detailed drawings made of this creature.
Perhaps Haeckel’s most famous deception was when he sold the public on the similarities between embryos. He made beautiful, detailed illustrations of various embryos showing the similarities of the embryos of different organisms. So there’s a popular phrase that has been repeated often, that says “ontology recapitulates phylogeny.” This basically means the development of embryos repeats their evolutionary history, something Haeckel supposedly showed. For example, his illustrations feature a human embryo with gill slits, like a fish, and a tail like a monkey.
But once again, these drawings were fraudulent. We have to assume that he deliberately altered the embryo illustrations, changing their size and features, to make them all look much more similar than they actually are. And yet his drawings (and illustrations that are based off of his drawings) are still featured in some class textbooks today even though they’ve been shown to be categorically false!
People who expose the scientific errors in textbooks have been pointing this out for many years, and SOME curriculum have been corrected. But it’s been proven a hoax for so long, I want to know WHY the removal of fraudulent biology drawings have slipped through the cracks? Are we simply parroting evolutionary theory to the next generation, without even questioning things like this? That doesn’t sound like good science.
Ernst Haeckel promoted evolution throughout Germany with false evidence. Are some of our scientists unknowingly doing the same thing today? And let me leave you with this: Do we really think that WE are immune to scientific fraud in the 21st Century?
I’m David Rives. Truly, the heavens declare the glory of God. 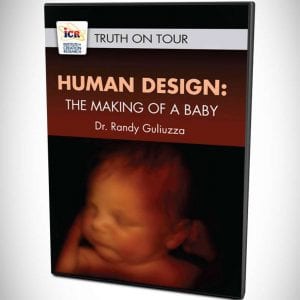 Approaching the subject in a tasteful manner, Dr. Guliuzza takes his audience through the detailed process of reproductive physiology and microscopic anatomy required for the making of a human baby. The inescapable conclusions of design give God all the glory, showing that we are truly “fearfully and wonderfully made” (Psalm 139:14). 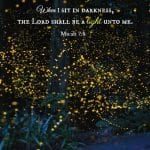 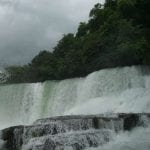