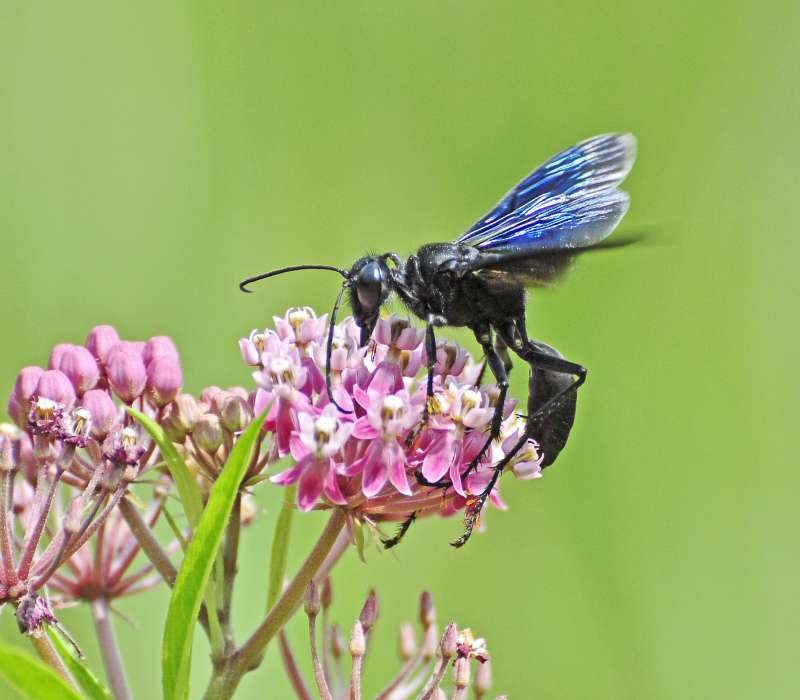 A child died after receiving several hundred wasp stings and the parents were accused of with-holding medical treatment because of their religious beliefs which were supposedly based upon the Bible. Of course, the Bible does not support with-holding medical care, but if evolution is true, why would anyone be concerned about the death of a child? Evolution teaches humans are nothing but a species of animals descended from a fish and are actually nothing more than a bunch of accidentally and randomly assembled molecules! There is an option to evolutionism that gives a message of hope and that alternative is the Creation Model. The Creation Model is a scientifically valid way of viewing the evidence of origins. Wasps are one piece of that evidence and the following facts will sting evolutionism.

There are thousands of wasp species. Some of the most common are paper, sand, mud dauber, and wood wasps. Each of these have stories that are simply wonderful, but this article can only provide an introduction to the wonderful world of wasps. Wasps are broadly grouped into the two broad categories of Social and Solitary wasps.

Social wasps build nests by chewing plant and old wood fibers into paper. The Chinese are said to have gotten the idea for paper making from watching wasps at work.

The nest is built bit by bit and, in the case of hornets, can reach 1/2 the size of a bushel basket. A colony starts with a queen that has hibernated during the winter. (Her body temperature may have reached 0 F.) She builds a nest of a few cells, lays an egg in each, and feeds the resulting larvae which mature into workers and begin to enlarge the nest while the queen concentrates on egg laying.

The nests are typically hung from trees by hornets or from eaves by paper (polistes) wasps. Yellow jacket nests are placed in the ground or hollow of trees. Paper wasps design a group of hexagonal cells while yellow jacket and hornet nests resemble stacks of waffles covered with paper. One paper wasp nest weighing less than 4 oz. resisted a pull of seven pounds. To cool the nest water is scattered on the outside walls. Wasp nests are only used to feed and shelter babies and all of them are abandoned in the Fall.

The larvae (babies) are fed pre-cut and pre-chewed insects. A worker wasp tap on the cell rim and the baby pokes its head out. At the proper time a larva spends a cocoon and changes into an adult. For about two weeks, as a pupa, its tissues are broken down and reformed. Until late summer all wasps are female workers. With perfect timing the queen begins to lay unfertilized eggs that develop into males and fertilized eggs that become queens. These reproductives don’t have much to do except to sit on the nest and fight over food. Eventually the queen stops laying eggs and dies. The males die soon after mating and the new queens seek a place to spend the winter (like in your attic).

The other major group is known as the solitary wasps. You’ve probably seen the mud-dauber nests of various styles. One species builds a series of tubes, resembling those of a pipe organ, with tiny ball after tiny ball of mud. Inside, the mud-dauber places paralyzed spiders. One type of mud-dauber is the potter wasp which takes 3-4 hours to build a small jug, smooth on the inside, with a neck that is topped with a lip. Paralyzed caterpillars are placed inside before she suspends an egg by a slender thread and then seals the pot.

A sand wasp bites the soil with her mandibles while using her bristle equipped front legs like brooms. She tucks the sand grains under her chin and carries them away. It takes her about 45 minutes to dig the length of her body and widen out a chamber. Then she closes the nest and camouflages it before she goes hunting. Before leaving the area she makes a series of orientation flights to memorize visual clues to her nest’s location.

She may be gone quite awhile, but when she returns she bypasses dozens of nests around hers and goes directly to her own. After depositing an egg on a paralyzed caterpillar she completely hides the entrance. Often the nest is concealed with small stones, leaves, or twigs. Some sweep the ground smooth with a twig. Amazingly, one type of wasp uses a small pebble as a tool, held in her jaws, to tap down the soil over the entrance!

The ichneumon (ik-NEW-men) wasp lays her eggs on the larva of the giant wood wasp. The trouble is the larva is an inch, or more, inside solid wood. Using her antennae she can locate the wood wasp larva and decide if it has already been victimized by another ichneumon. When she finds one she likes she drills into the wood with a needlelike ovipositor to lay her egg. When her offspring emerge they have to know which way to chew out of the tree. Evolutionists cannot logically explain why she would choose wood wasp larva when other prey is so easily accessible. If her dangerous appearing ovipositor is studied it is difficult to claim it was not designed for drilling.

Wasps go through a series of complex actions without any parental instruction and without observing other wasps. Yet they find the preferred nest site and duplicate the nest design of their species. They seek food for their young that is usually the same food hunted by their ancestors. They insert the stinger precisely into the prey’s body part that is ideal to only paralyze the prey. They drag or carry the prey to the nest and continue the life cycle of their kind. The extremely complicated nervous system that guides the wasp appears to have been programmed like a computer program. Evolutionists say this ability is “instinct”, but “instinct” is a term used when they refuse to accept the real truth. The real truth is that the wasp is far too complicated to be an accident of evolution.

Separate articles would be required to describe each wasp species in detail. We have not gotten to the fig wasp, carpenter wasp, mason wasp, steel blue Tarantula hawk wasp (Yes, she hunts the huge Tarantula!), and wasps so small they can perch on the period at the end of this sentence. Adult wasps eat nectar and only the females sting. They only sting when bothered and can reuse the stinger since it has no barbs. Wasps are great examples of what God created. Unfortunately, the original creation was corrupted causing the death and pain that wasps can sometimes inflict.

When creation was completed God proclaimed it as “very good”. There was no suffering or travailing or death. Because of man’s freewill act God placed a curse on creation and the beauty and wonders we see today are only a small part of the way God originally created things. The sting of a wasp is a reminder of man’s sin, but the wonders of the wasp are reminders of God’s meticulous attention to His creation. 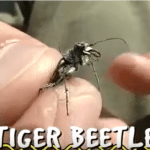 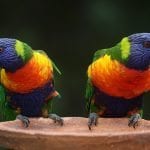