There are billions of stars floating in the vast expanse of space. The allure of believing that we are not alone, that we are merely one civilization of beings living in a cosmos full of extra-terrestrials, is overwhelming. What an adventurous concept! But is it founded at all in fact?

SETI was formed in 1963 in search of extraterrestrial intelligence. Since that time, technologically advanced science, vast amounts of money, and valuable time and resources have gone into this search, yielding no positive results.

It seems that every week, there’s news of a planet far away that could support life… If only…

Yes, if only several thousand factors were precisely in line, then the planets discovered would be able to support life. The distance to other solar systems is so far that we are barely able to determine anything about the planets, to begin with. Some are too big, or suspected to be formed of gas, or too close to their parent star to support life.

When we look at the evidence in this solar system, we find that no planet comes close to the necessities for human life. Whether it’s a noxious atmosphere made of poisonous gas or a planet bathed with solar radiation, not one place besides earth is capable of — or even close to being capable of — sustaining life.

The book of Isaiah tells us that the earth was formed to be inhabited. Indeed, it is so significant in God’s universe that He sent His only son to EARTH, to die for the sins of the world and be raised again. 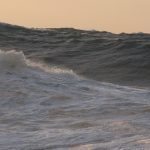