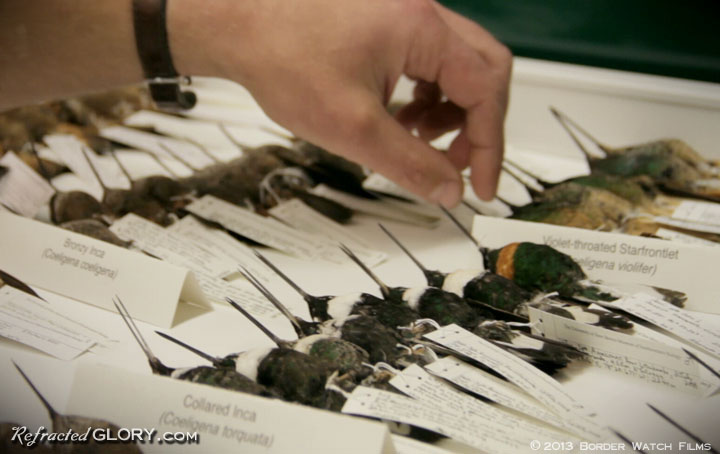 Understanding hummingbird classification and origin in light of the research.

Notice the assumption made before they actually studied anything; “how did hummingbirds evolve?”  Evolutionary scientists think that “because hummingbirds must have evolved from a common ancestor,” they simply need to connect the dots.  So, understanding the evolution of hummingbirds is the focus of most research.  When looking at even the most recent findings, however, evolution remains a mere assumption.  Allow me to explain….

First we need to define the term “common ancestor.”  Sometimes this means a bird that evolves into two “new” and clearly different bird species.  Other times, it means two different animals (like a dinosaur and a bird) evolving from the same animal (or ancestor).  “Common ancestor can also be used to mean the “original” pair of birds, from which other birds (with little or no variation) descended. 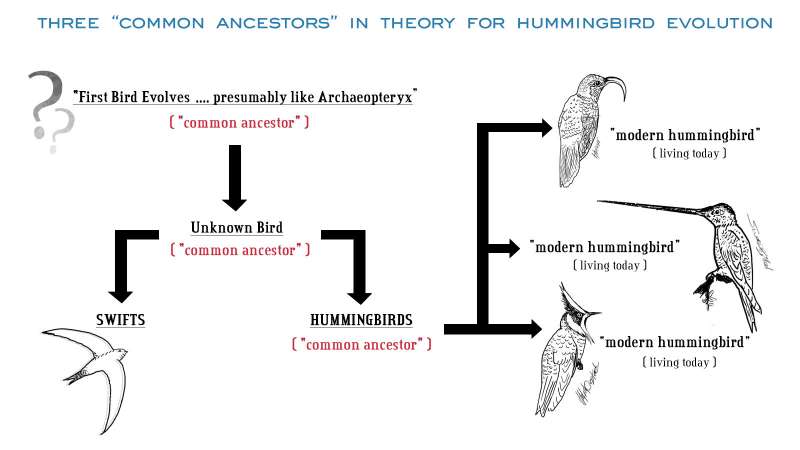 Such was the topic of an extensive study published in April of 2014 in which researchers studied DNA from 151 species.  The outcome of this study is truly interesting…. They have estimated a family tree for hummingbirds, reaching back to the first pair of hummingbirds in South America, thus speculating the relation between each species of hummingbird.

Tracing hummingbirds back to an original pair is consistent with what we already know from God’s word; that all of the living hummingbirds have descended from the pair that came off the ark after the flood.  Science does not contradict the Bible here and nothing in the study requires evolution!  Something else mentioned in the study that is consistent with the Biblical record is the fossil discovery in Europe.

“Finally, we note that a series of putative hummingbird fossils have been discovered in recent years in Oligicene deposits of Europe (Mayr, 2003, 2004, 2007). These discoveries were unexpected because [living] hummingbirds are entirely restricted to the New World.”

The “modern hummingbirds” (those living today) are descendants from the hummingbirds that came off the ark after the flood.  Therefore; we know that today’s hummingbirds did not originate in South America.  Rather, they spread from the ark.  However, experts believe the hummingbird fossils they found in Europe actually lived before the flood (and were buried during the flood).  That means the fossils don’t necessarily mean the hummingbirds lived in Europe.  Ken Ham pointed out in “Refracted Glory,” that finding a fossil does not tell us it lived there because the fossil could have been transported there after forming, as well as other reasons.  Ham said; “When we’re trying to reconstruct the past, we have great limitations.”  And that is where we must rely on the truth of God’s word. 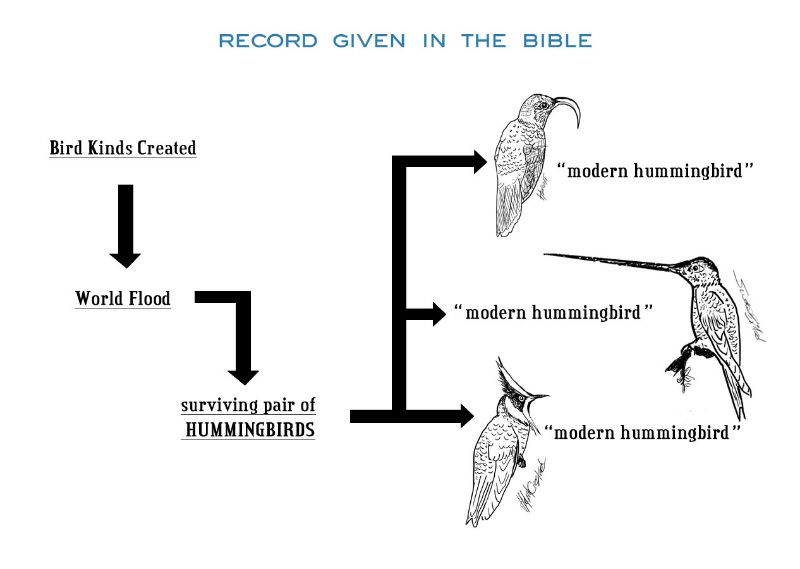 Beyond the “micro-evolution” topic, we will find that almost everything published about hummingbirds mentions their “close relation” to swifts – which are amazingly efficient gliders.  Again; we need to define what the writers are saying, and second, we need to review the facts that support this concept.

The term “closest relative” is a common term writers use in discussing evolutionary origins. In the case of swifts and hummingbirds, it means they “share a common ancestor”.  They say that hummingbirds and swifts evolved from the same bird, at some point in the past. This yet undiscovered common ancestor would have some features from both birds; such as stiff wings and short legs.  Why look for a common ancestor in the first place?  It is based on the classification of birds.

There are three key reference points used to classify hummingbirds; physical anatomy, genome sequences (DNA), and geography (where hummer species live today).  Birds were originally classified based on anatomy — birds sharing the most features were grouped together.  Out of this method, hummingbirds were considered most similar to swifts.  They both eat bugs, have stiff, straight wings with a short humerus, and have short legs.  However, an anatomical approach is considered outdated today and scientists now rely on DNA sequencing.

While there are visible similarities between hummingbirds and swifts, there are also many differences.  In addition to having short wide beaks, swifts do not hover like hummingbirds.  They usually glide and this is why they have stiff wings.  Their long, straight wings are perfect for long-term gliding and the curved wing shape makes use of leading-edge vortices, maximizing lift.  In fact, modern jetliner wings are designed similar to that of swifts.  So the hummingbird’s method of flight is completely opposite to that of swifts.

“Genome sequencing” (in this context) is simply comparing sections of DNA from different birds looking for similar traits.  Remember; DNA provides the instructions for building the physical features of a creature.  Just as the wings or beaks can be compared, the DNA sequences (the source for those physical features) can be compared.  And that is what scientists are doing today to classify creatures. 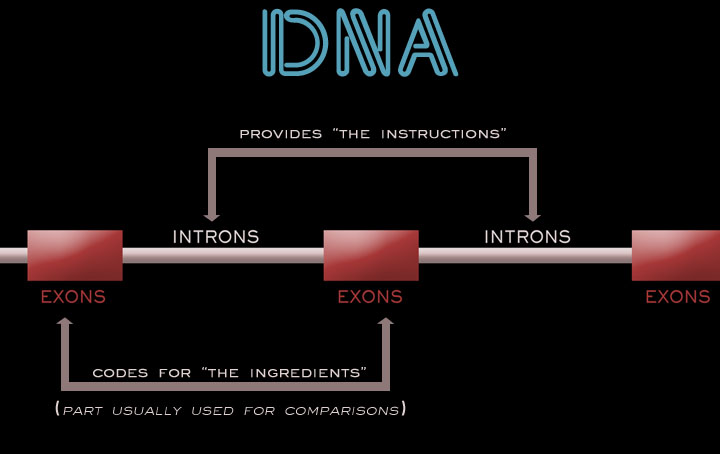 There are a few details worth noting about genome sequencing. First, it is common to only use sequences that are already known to be similar. Evolutionists are generally only interested in how similar creatures are, and do not care how many differences exist.  Secondly, these studies usually focus on the “coding sequences” that produce proteins (the actual “ingredients”), while ignoring the “non-coding sequences” (the instructions for how to use ingredients).  Professor Stuart Burgess has pointed out in “Refracted Glory” that keratin is a common material used for many things, including hair, fingernails and feathers.  “Instructions” are required to define how the “ingredient” of keratin will be used.

Before getting all excited about a claimed connection, we should remember that using DNA to classify is not always a sure method.  We need to realize the importance of “junk” DNA and take into account the whole picture (including the differences).  Classification with DNA is really comparing anatomy, it’s just closer to the source.  Nothing in science contradicts the Bible and nothing in the scientific research requires evolution.  Evolution is just assumed by scientists to be part of the research.  What is usually called “evolution” is actually small adaptation within a kind of creature; not the “macro-evolution” they desire.  There is no scientific evidence for a “common ancestor” linking swifts and hummingbirds.  And finally, keep in mind that similarity between creatures says nothing about evolutionary ancestry — but it does testify to the truth of God’s Word.

So how did hummingbirds evolve?  They didn’t — they were created by the Creator God.

Benjamin Owen is producer of the documentary on hummingbirds titled “Refracted Glory.” He spent nearly two years researching the science and history of hummingbirds; interviewing experts from around the world and filming hummingbirds with a high-speed camera.borderwatchfilms.com 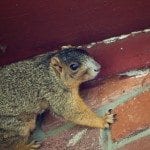