Interest in human origins persists generation after generation, and researchers continue to uncover and interpret clues. The latest set comes from a reinvestigation of clam shells dug up in the 1890s on the Indonesian island of Java. Someone skillfully drilled and engraved those shells. Who was it?

Publishing in Nature, a team described what they found in the collection of shells from at least 166 individual freshwater mussels held in the Naturalis museum in the Netherlands since 1900.1 The shells were taken from Trinil, the place where Eugene Dubois found evidence of human remains in 1891 that generations have referred to as Java Man—today called Homo erectus. Any news about these ancients’ behaviors or habits attracts intense interest from those who consider Java man an evolutionary link between apes and humans.

The research team found that many of the shells had been hand-drilled, probably with… CONTINUE READING 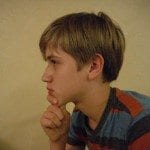