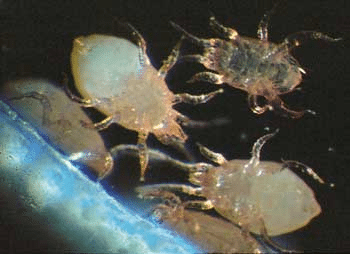 At around 50 times magnification, the tiny mites which hitch a ride in the nostrils of their hummingbird host can be clearly seen here from the underside.

It is midnight in Costa Rica. On the fringe of the jungle, the beautiful red-and-orange flowers of the Hamelia plant are about to open. As soon as this happens, groups of tiny creatures, called hummingbird flower mites,1 which have been waiting for dinner-time to arrive, rush inside the flowers and begin gorging on the pollen.2 Next morning, breakfast includes the flowers’ nectar, which is produced just before dawn. With their voracious appetites, the hummingbird flower mites may eat up to 40% of the nectar and 50% of the pollen.3 Meal over, they settle down to the serious business of courtship, mating, and (for the females) egg-laying.4

This calls for urgent action by the mites that live there to avoid the bird’s flicking tongue and so becoming a protein supplement to its diet of nectar.

A few hours after dawn a serious problem arises. The Hamelia blossoms start to wilt and then fall off by noon, so that new accommodation is urgently needed.5 Some mites march out of their flowers and take up positions on the same flower cluster next to new flower buds to await their opening and the next midnight feast. Others use an even more sophisticated approach to get themselves to a brand new neighbourhood.

During the day, hummingbirds are attracted by the brilliant colours of the Hamelia flowers. With a wingbeat of 50–80 times per second,6 a hummingbird hovers for 1–5 seconds as it thrusts its bill deep into a flower and drinks the nectar. This calls for urgent action by the mites that live there—first, to avoid the bird’s flicking tongue and so becoming a protein supplement to its diet of nectar. Second, to hitch a ride on a hummingbird aerial taxi that may take them to a new home, a fresh food supply, and new mates.

In the five seconds before the hummingbird flies off to another flower, some of the mites scramble aboard its bill and dash for the shelter of a nostril. The mites are only 0.5 mm (two-hundredths of an inch) long, and can move at the rate of 12 body-lengths per second), so they can travel about 3 cm in five seconds. Interestingly, a cheetah, moving at its maximum speed of about 100 km/h, is also doing about 12 body-lengths per second.

The mites that make it are likely to find that the bird’s nasal cavity is already crowded with many different species of mites picked up from the many different species of plants the bird has visited en route. The flight is strictly ‘no frills’—no food, no water, and shortly a new problem: no stewardess to say when to get off, because not just any kind of flower will do.

The mites are very fussy about where they live (or perhaps about the nectar and pollen they consume), so each species of mite inhabits only its own particular species of plant. The host plants of different mite species can vary widely in size, in the way the flowers are arranged, and in the amount of nectar produced. However, the mites cannot see any of this, as they have no eyes. They use their forelegs and a covering of tiny hairs, called setae, to obtain information through touch about their surroundings, as well as about other mites in their neighbourhood, e.g. their sex, age, and whether they are of the same species. The frequency of such contacts gives some indication of the number of other mites sharing the same flower.

Even without eyes, the mites can still tell when they reach their ‘own’ plant species. This remarkable ability is due to the mites’ acute sense of ‘smell’, which operates through the setae on the tips of their forelegs. As the hummingbird breathes, up to 100 times per minute, the nostril-riding mites are engulfed in gales of scent from the flowers visited. Amazingly, neither humans nor hummingbirds can smell these flowers—the hummingbirds’ attraction to the flowers is strictly visual. In contrast, the tiny mites have the incredible ability to sense and differentiate the chemicals released into the air by their preferred host plants.

The rapid recognition of plant odour is critical to the mites’ successful migration. When their ‘odour detector’ tells the voyaging mites that the hummingbird has its bill inside their preferred Hamelia host flower, they have no more than five seconds to disembark. They leap into the unknown and, ideally, will find that they have landed on a sparsely populated flower and so one with a good food supply. An added bonus will be if there are also present some members of the opposite sex of their own species, with whom they can mate and propagate their own clan.

Truly the hummingbird mites are evidence of a supremely brilliant mind—One who designed these tiny ‘stowaways’, endowing them to cope extremely well with their ‘life on the run’.

Most of the information in this article is based on two papers: Colwell, R.K., Stowaways on the Hummingbird Express, Natural History 94:56–63, 1985; and Colwell, R.K. and Naeem, S., Sexual Sorting in Hummingbird Flower Mites, Annals of the Entomological Society of America<>/em, 92(6):952–959, 1999. We are indebted to Dr R.K. Colwell for the pictures of the Hamelia flower and the hummingbird flower mites.

1.Mites are arachnids; they differ from insects in possessing only two body regions—the cephalothorax (head-chest) and the abdomen, and in having eight legs. About 60 species of hummingbird flower mites have been described, but large regions of South America have not been explored for these mites, so it is estimated there might be 200 species out there somewhere, based on patterns of host specificity among the known species and the number of plant species known. Unfortunately, it is unlikely that all the hummingbird flower mites will be discovered before many of them become extinct through habitat destruction. As well as the hummingbird flower mites, there are dozens of other mite species that live in the feathers, lungs, etc. of hummingbirds. Hummingbird flower mites are found nearly everywhere hummingbirds are found, in forests from California to Chile. There are over 100 known host plants, although not every species of hummingbird-pollinated plant has the mites.
2.The existence of these mites was first described in 1964 (Baker, E.W. and Yunker, C.E., New Blattisociid mites (Acarina: Mesostigmata) recovered from neotropical flowers and hummingbirds’ nares, Annals of the Entomological Society of America 57:103–126, 1964). The principal researcher has been Prof. Robert K. Colwell of the University of Connecticut, while Dr Barry OConnor of the University of Michigan Museum of Zoology has described and named many of the new mite species found, and Dr Piotr Naskrecki is the first author of the authoritative 185-page monograph on the taxonomy of the mites and has described some 20 species of them new to science: see Naskrecki, P., and Colwell, R.K., Systematics and host plant affiliations of hummingbird flower mites of the genera>Tropicoseius Baker and Yunker and Rhinoseius Baker and Yunker (Acari: Mesostigmata: Ascidae), Thomas Say Publications in Entomology: Monographs. Entomological Society of America, 1998.
3.See Colwell, R.K., Effects of nectar consumption by the hummingbird flower mite Proctolaelaps kirmsei on nectar availability in Hamelia patens, Biotropica 27:206–217, 1995; Paciorek, C., Moyer, B., Levin, R., and Halpern, S., Pollen consumption by the mite Proctolaelaps kirmsei and possible effects on the male fitness of its host plant, Hamelia patens, Biotropica 27:258–262, 1995.
4.A mother lays up to six eggs in just a few hours, inside or near the flowers of host plants. The eggs seem to ‘inflate’ one at a time so that each becomes nearly one-quarter the size of her body. On hatching, the mites go through larval and nymphal stages to become breeding adults, all in about a week.
5.Most tropical flowers pollinated by hummingbirds last only a single day, so the mites must look for new homes every day.
6.See Dreves, D., The hummingbird—God’s tiny miracle, Creation 14(1):10–12, 1992. 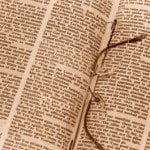 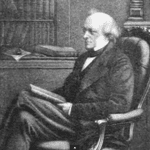