If the foundations be destroyed, what can the righteous do? A very important question asked by King David in the eleventh Psalm, now more relevant than ever.

Universities once proud of their stand on promoting Christian principles, are now very proud of the diversity of world religions that they tolerate and even encourage.

Harvard College was established in 1635. It was named for its first benefactor, John Harvard, a young minister who left his library and a sizeable portion of his estate, for the purpose of training Puritan ministers. Harvard’s early motto was: “Truth for Christ and the Church” and it was their mission that every student was to be plainly instructed that the main end of his life and studies was to know God and Jesus, which is eternal life. To lay Christ at the bottom as the only foundation of all sound learning and knowledge. THE ONLY FOUNDATION

Today, the foundation of learning at Harvard is far from the faith of Christ. They boast that the student body and its faculty come from a variety of religious backgrounds and the unproven theories of evolution are presented as fact. Universities once based upon the infallibility of scripture now place their faith in the wisdom of man.

Established in 1701 in an effort to create an institution for clergy, Yale University’s coat of arms contains the Biblical phrase “Urim and Thummim” written in Hebrew. In present times, “the Yale Department of Religious Studies provides opportunities for the scholarly study of a number of religious traditions and discipline… The Department offers a wide array of courses that cover the major religions of the world, with a strong emphasis on their history and their intellectual traditions.”

As Christianity compromises its beliefs to accommodate weak, non-convicted men and women, the uncompromising, very serious religions of the WORLD are growing at a rapid pace.

What can the righteous do? We must stand for the truths of the Bible, the Torah, and the truth of our Savior, Yeshua – Jesus Christ. 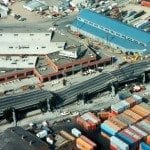 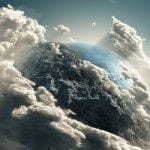