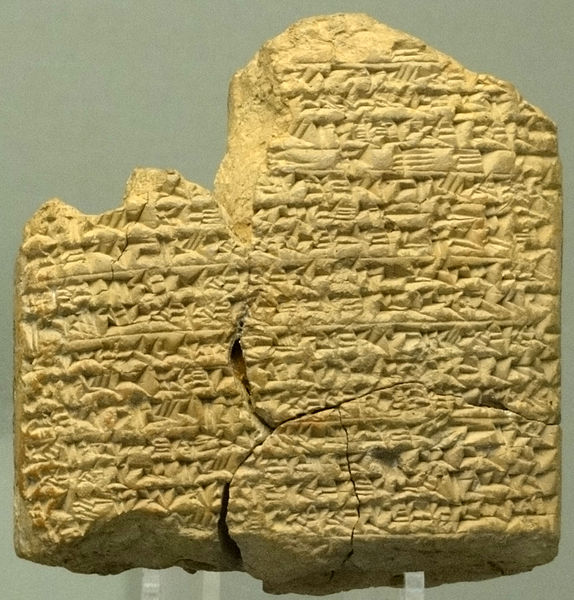 Critical scholars often claim that the Bible is nothing more than just another Ancient Near Eastern (ANE) myth. If this is so, then the Bible is nothing special and it is not a distinct revelation from God to mankind. Therefore, the claim that the Old Testament is simply a collection of myths is indeed a serious charge against the biblical account. In this two part series we will examine the evidence to decide if indeed the Old Testament matches the literature of the ANE.

Scholars who believe that the Old Testament is mythical literature similar to ANE texts such as the Gilgamesh Epic or the Enuma Elish will emphasize the similarities between these documents. For example, both the Bible and the Gilgamesh Epic record flood stories. However, while there are a few similarities, the differences are far more evident. This was well recognized when ANE texts were first unearthed but emphasizing the differences has fallen out of popularity in recent decades. The evidence remains the same, but scholars now highlight the similarities instead of the differences because they are predisposed to assume that the Old Testament text is not a unique, Divine document.

Now while the differences between the biblical account and ANE myths should surely be emphasized, the differing patterns of thought between the two are of even more significance. In a world of mythical thinkers, the Bible stands out as a unique document that preserves a unique way of thinking about the world. Every other ANE culture that surrounded Israel thought in a continuity. This is the idea that nature, humanity, and the divine are all one. Therefore, I am part of nature, and nature is part of the divine, and the divine is part of me. There is no important distinction between that tree, myself, and a god. This is why incantations, sexual acts, and rituals were intrinsic to reaching a desired outcome. If I want something to happen, then, since I am part of the divine and nature, I need to act it out. My actions can cause something to happen.

Additionally, non-Israelite ANE cultures saw history as cyclical. What has happened in the past will happen again. Omens and practices such as reading the entrails of a sacrificial animal were important because history occurred in a pattern. For example, if the entrails of the dead animal were positioned in a certain way and then a huge hailstorm hit, one could prepare for another hailstorm the next time the entrails appeared in that position. Therefore, studying omens and the like could help one to prepare for the upcoming good or bad times.

However, while this was the mindset of every ANE culture of Old Testament times, this is completely opposite to the biblical way of thinking. According to the Old Testament, there is only one God and He is utterly transcendent. While ANE cultures were all polytheistic (there were minor attempts in ancient Egypt at monotheism but they failed) and all thought in a continuity, Israelite literature records the idea of monotheistic transcendence. God is not nature and God is not humanity. Neither is humanity or nature God. God is completely outside of His creation. Therefore we cannot control Him by rituals or through our actions. This is diametrically opposed to all the cultures that surrounded Israel.

Also, the Old Testament sees history as linear, not cyclical. God has intervened in history in unique, non-repeatable ways (i.e. crossing of the Red Sea). It is from these events that we can learn about God’s character and His purposes in history. One cannot predict the future through omens or entrails—only God can predict the future. Therefore humans do not have control over the world but must submit to the God who does.

Although they are minor similarities between some myths in ANE literature, the mindset behind ANE cultures and Israelite culture is completely different. To say that the Bible is simply an ANE myth is to miss the unique way that the Bible looks at the world. This way of thinking was distinct and unparalleled in her neighbors and exists in only three religions, Christianity, Islam, and Judaism, all religions who trace their beliefs to Abraham. How then did Israel develop such a view and why did no other culture also come to the same way of thinking? Well, the Old Testament tells how the Israelites came to think in a transcendent way. Simply because God stepped into history and revealed Himself to them. No other explanation adequately explains how Israel came to think the way that they do.

The Bible is not merely a collection of Ancient Near Eastern myths. It is a unique document that preserves a unique outlook and worldview. This worldview was revealed to the Israelites by God and was handed down to us through His Word. Truly we possess a unique, unparalleled document.

In writing this article, I am indebted to the work of John N. Oswalt in The Bible Among the Myths (Zondervan: 2009). 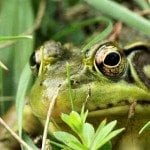 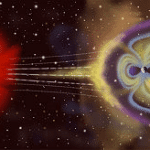