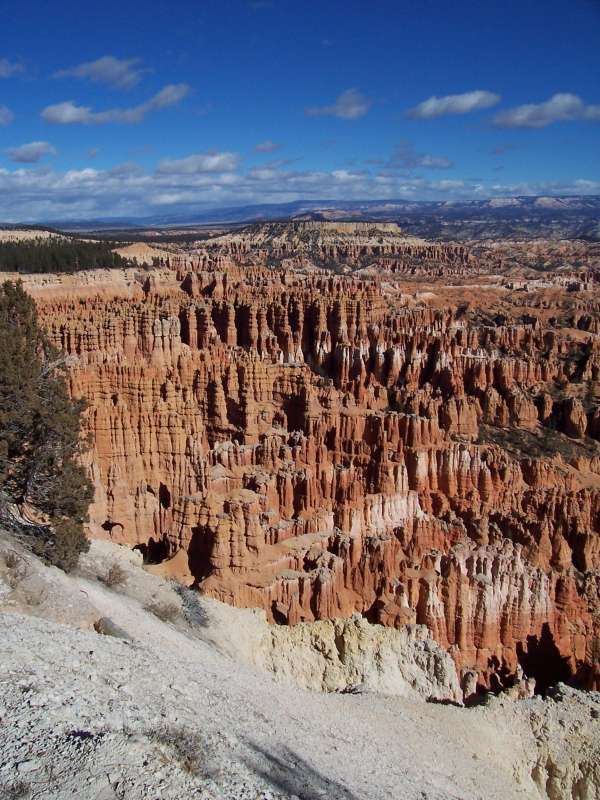 The one thing that comes across in David Montgomery’s article “The evolution of creationism”1 is how blind he seems to his own belief system. He accuses creationists of “dismissing the findings of geologists” as if creationists are refusing to accept geological evidence. However, the fact is that the “findings” he refers to are not findings at all. What the secular geologists have done is to ‘find’ what they have assumed.

Montgomery frames his discussion as “geologists” vs “creationists” as if geologists who hold a creationist worldview are not the real thing. This is a false comparison and self-serving. By “geologist” Montgomery means those who agree with him, “evolutionary geologists”, who interpret the geological evidence according to a particular set of assumptions. Creationist geologists do not agree with those assumptions and interpret the evidence differently.

Montgomery says the biblical account of Noah’s Flood was challenged by geological discoveries like James Hutton’s unconformity at Siccar Point. But it was not a discovery that Hutton made, but an interpretation. This site has become something of a geological icon for evolutionary geologists since Hutton and his offsider John Playfair wrote of it in the late 1700s and early 1800s. But the geological evidence does not support slow-and-gradual processes. Instead, it points to catastrophe (see Unmasking a long-age icon).

©The Geological Society of America, Inc. The GSA Today cover featured an engraving of Noah’s Ark. Surprisingly, the Ark looks of about the right dimensions. However, it’s likely the Mountains of Ararat was a site with a less a rugged topography as shown in the image and more a high, flat plateau.

At Siccar Point, the underlying Silurian graywacke consists of turbidites, now vertically inclined, which were deposited catastrophically from underwater density flows running across the ocean floor. Hutton knew nothing of these remarkable processes. They were only discovered after analysing the 1929 Grand Banks earthquake on the edge of the continental shelf off Newfoundland. The overlying Devonian Old Red Sandstone at Siccar Point is composed of thick, cross-bedded strata indicating deposition from flowing water. From modern flume experiments we have learned much about the conditions that produce such features. Now we can estimate the direction of the paleocurrent and the depth of the water. The contact between the two sandstone deposits has been eroded flat. The immediate overlying layer consists of angular broken rocks, breccia, suggesting the erosion was by catastrophic processes. Thus the Siccar Point unconformity from beginning to end is a monument to catastrophe. It’s an icon of Noah’s Flood.

It would make an interesting study to explore why modern geologists still accept the mythology surrounding the Siccar Point site and have not revised Hutton’s discussions in the light of modern knowledge. Perhaps evolutionary geologists do not read creationist literature. In his article Montgomery has not engaged with any modern creationist writings even though he purports to be writing about “modern creationism”. The only creationist work he cited was The Genesis Flood, published by Whitcomb and Morris in 1961. He seems unaware that there has been an enormous volume of scientific research conducted since then, research that has led to a remarkable development of ideas. There are also a number of creationist academic journals that are regularly publishing new research, but Montgomery has not cited a single article from a single one of them.

Along the same line, Montgomery claims “the geological case for a global flood … was discredited before Darwin set foot aboard The Beagle.” But it was not discredited, it was ignored. What he is referring to is the book Principles of Geology by Charles Lyell, the first volume of which Darwin was given before starting his voyage.2 This book outlined a new philosophy, not a new discovery. Its subtitle says it all: “Being an attempt to explain the former changes of the earth’s surface by reference to causes now in operation.” At least Lyell was honest, in that he acknowledged that his book was an “attempt to explain”. And his “attempt” was based on one big assumption: “by reference to causes now in operation”. That is, only present processes would be considered. In other words, Lyell made a conscious decision to ignore the biblical account of Noah’s Flood and what that meant for the earth. By using Lyell’s uniformitarianism evolutionist geologists ‘discovered’ only what they assumed.

Buckland’s flood was never Noah’s Flood. Buckland completely disregarded the characteristics of the Flood described in the Bible.

Montgomery makes much of Oxford’s first geology professor, Reverend William Buckland, once claiming that the surficial deposits of loam and gravel in the UK and Europe were evidence of Noah’s Flood. Later Buckland formally recanted his position, and this was seized upon by Lyell et al to dismiss the Bible account of the Flood and say it never happened. But they were attacking a straw man. Buckland’s flood was never Noah’s Flood. Buckland completely disregarded the characteristics of the Flood described in the Bible and his initial claim was obviously in error. Modern creationists recognize that the surficial deposits are post-Flood, formed during the Ice Age, which only the biblical Flood can explain (see Astronomical troubles for the astronomical hypothesis of ice ages).

For more than 100 years the geological profession was dominated by the Lyellian school of thought, and sought to build its interpretations on uniformitarianism, but in recent decades geologists have realised that Lyell’s philosophy does not work. Warren D. Allmon, Director of the Paleontological Research Institution, Ithaca, NY, said “Lyell also sold geology some snake oil. He convinced geologists that … all past processes acted at essentially their current rates (that is, those observed in historical time).”3 Geology professor Derek Ager said the same thing, “… we have allowed ourselves to be brain-washed into avoiding any interpretation of the past that involves extreme and what might be termed ‘catastrophic’ processes.”4 Evolutionary geologists are on the horns of a dilemma: they can’t live with Lyell, and they can’t live without him.

The fact is that the evidence for the Flood is dramatic and compelling, but there are two black spots in the thinking of evolutionary geologists that prevent them seeing the connection. The first is the dates that have been assigned to the various geological features. I say assigned because they come directly from Hutton and Lyell’s uniformitarianism. In order to see how the evidence looks from a Flood perspective one has to discard uniformitarian presuppositions, and this means ignoring the dates. The second is the impact of the Flood. One needs to think big. When Buckland pointed to the surficial deposits as evidence for the Flood his thinking was too small, too uniformitarian. The Flood deposited the whole of the Phanerozoic record, and likely most of the Precambrian as well (see Defining the post-Flood boundary in sedimentary rocks and The pre-Flood/Flood boundary at the base of the earth’s transition zone.)

Once you know what to look for, the geological evidence is obvious everywhere.

Once you know what to look for, the geological evidence is obvious everywhere. It matches what would be expected as a consequence of Noah’s Flood. Here are a few of the remarkable evidences:

The fossils themselves are evidence for Noah’s Flood (see Buried birth and Deluge disaster). Marine fossils are found on the tops of mountains. The fossils are often well preserved indicating rapid burial before they had a chance to disintegrate and decay (see Whales in desert). Fossils include both land and sea animals as well as soft bodied creatures such as jellyfish (see Hundreds of jellyfish fossils), which is what is to be expected from the Flood. Many animals were buried in graveyards with other animals (see Dinosaur herd buried in Noah’s Flood in Inner Mongolia, China).

Sedimentary deposits blanket the continents (see Sedimentary blankets: Visual evidence for vast continental flooding). These are extensive and relatively thin. They extend for thousands of kilometres and show evidence for rapid deposition from flowing water that covered vast area—as the Flood would have done. There is little evidence of long periods of erosion between sedimentary layers (see ‘Millions of years’ are missing).

Huge volcanic eruptions called Large Igneous Provinces, enormous compared with the sorts of volcanic eruptions today, erupted while sedimentation was occurring. These, and other volcanic activity point to the geological and tectonic upheaval that accompanied the Flood catastrophe (see Peperite: more evidence of large-scale watery catastrophe).

Vast erosion of the continents occurred during Noah’s Flood as a consequence of the receding floodwaters. This erosive process denuded kilometres of thickness of sediment producing flat topped plateaus (see It’s plain to see: Flat land surfaces are strong evidence for the Genesis Flood).

Often the flat plateaus are capped with water rounded gravel deposits that were transported vast distances by the receding waters of the Flood (see Noah’s long-distance travellers: Quartzite boulders speak powerfully of the global Flood).

As the waters fell they cut huge canyons through mountains providing a global testimony to the effects of the receding waters (see Do rivers erode through mountains? Water gaps are strong evidence for the Genesis Flood).

We could go on and on discussing the evidence. It’s dramatic. It’s exciting. It solves many persistent geological problems. But the connection with Noah’s Flood can only be appreciated by those who are willing to see. Those who continue to hold onto their blind spots won’t be able to make the connection. This bias is a major problem. Evolutionary geologists think they are dealing with facts and can’t see that they are only dealing with interpretations. It gives a false sense of superiority and a strong incentive to shut down debate (see Geologists in an uproar: Demand book’s removal from Grand Canyon National Park and The Geological Society of London uses bully tactics: Creationists not even ‘worth the expenditure of our contempt’). We would see great progress if evolutionist geologists could at least see that there is another way of looking at things and stop trying to censor ideas that differ from their own.

In other words, it’s time evolutionary geologists, who presently dominate the geological profession, stopped censoring and discriminating against views they do not agree with (see The Geological Society of London again moves to silence debate on creation science). It’s time they were professional enough to put their assumptions on the table and discuss these issues on their merits, without setting up straw men and without calling people names. I’m confident that if this happened they would see that Noah’s Flood was indeed a real event that explains the evidence and has big ramifications in many areas of public life in the western world. 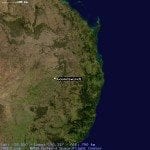 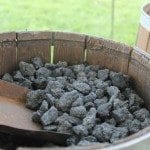