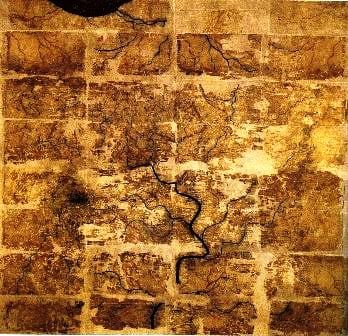 “The LORD hath made bare his holy arm in the eyes of all the nations; and all the ends of the earth shall see the salvation of our God.” Isaiah 52:10

Historians have dismissed many allegedly ancient maps as modern forgeries because the maps show features that the ancients supposedly knew nothing about. Among the more credible ancient maps are 20 variations of ancient Chinese maps that may be as much as 4,000 years old. Some of these maps are held in museums around the world. What’s more, the maps accurately record features all over the world!

One of the more well-known maps is the circular Harris map. China is depicted in the center of the map, surrounded by the rest of the world. The map does contain labels for many features around the world. Early Chinese mapmakers were fond of naming a land after a distinctive creature found there. For example, Australia – which is accurately depicted as being south of China – is called “Land of the Fire Rat people.” This is thought to be a reference to the red kangaroo, which is common there. North America is described fairly accurately as being about 3,300 miles east to west and north to south. Ancient Chinese mapmakers were fascinated with the Columbia River system of the American Northwest because on a map it looks like the Chinese characters for the word “dragon.” Because of this feature, the map calls North America “Uncle Dragon Country.”

The claims that 4,000 years ago man could not have known this much about the world are based on evolution. As more becomes known, the facts of history are combining with the facts of science to disprove evolution. 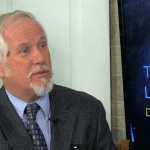 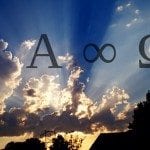