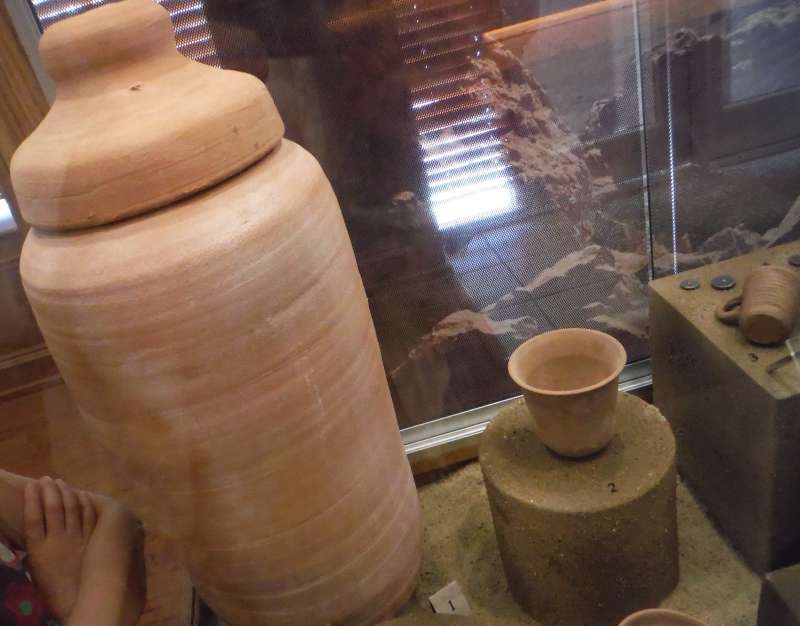 Replicas of pottery from Qumran. Notice the big "scroll jar" on the left. Photo taken by Sara J. Bruegel, 2014

Did you enjoy reading as a child?  Reading books was always one of my favorite things to do, and when I was a child the type of books I read most were historical fiction.  I loved to envision what it would be like to live in different time periods and different places.  One of my favorite historical fiction settings was around the time of Jesus, and today I’d like to share with you a little about the community and culture of Qumran set near the Dead Sea around that unique time period.  Qumran is especially interesting because of its connection with the Dead Sea Scrolls – the hundreds of ancient scrolls found in caves near the ruins in Qumran.

The location of the Qumran ruins must have been re-occupied several times, but the main occupation is thought to have been by the Jewish sect of the Essenes around the time of Jesus.   The greatest impact these people of Qumran have had on the modern Christian is through their scribing and preserving of the Dead Sea Scrolls.  Though the most significant of these scrolls are the Biblical manuscripts, there were also many other writings among the Dead Sea Scrolls, including their commentaries on Biblical texts and even some of their community rules.

They had a rather sophisticated aqueduct system for bringing fresh moving water through the settlement, which ties closely with their ritual bathing practices.  One especially interesting thing about the public baths at Qumran is that they separated the bath entrance and exit stairs with a partition so that the clean ones going out would not be contaminated by the people going in to be cleansed.   Community meals were also very important to these people, so they had a dining hall that even had a draining system so that the entire room could be washed after a meal.

Although they were Jews, the Essenes did not agree with the Pharisees or Sadducees of their day, so they lived out in the wilderness near the Dead Sea rather than in Jerusalem near the Temple.   Special dates and astronomical phenomena were very important to the Essenes, as they believed it was important to align their worship of the Creator with the rest of creation.  They disagreed with Temple authorities about the dates on which Biblical feast days should be celebrated because the Essenes believed it was important to use a solar-based (rather than a lunar-based) calendar.

While the people of Qumran were mainly celibate men who would bring in orphans to train in their ways, it appears from their writing that some of them did marry and have families (at least for a time while they were living at this site).  Although these people were a bit extreme and may have done some things that aren’t quite right, we should have a great respect for them because they were willing to go against the cultural norms of the Jewish Temple to live in a way that they thought was more Biblical.  As Christians today, we too, should be willing to do things in a more Biblical way (e.g., accepting Biblical creation rather than one of the many compromise positions), in spite of apathy and mediocrity we might encounter in the Church.
Copyright Sara J. Bruegel, 2014.  Used with permission

“The ‘Q’ Community” by Rodney Thomas

“Qumran, Qohelet, and the 4QInstructions” by Mark Sneed 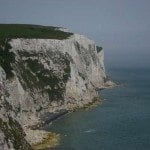 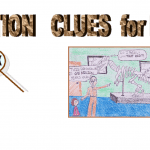