Since the time Darwin’s book was written, “On the Origin of Species”, modern day evolutionary thought has developed to the point that many respected scientists believe that in the beginning: Nothing created everything. They even go so far as to say that you and I originated from ancient organisms.

But you don’t need a PHD to realize that there is something very wrong with this concept. Over 150 years after Darwin’s publication, we are still only skimming the surface when it comes to understanding the complexity of human life. Simple mathematics show the problems of chance human origins, and point to an overwhelming probability of a designer.

Those who believe the Bible need look no further:

“Have ye not read, that he which made them at the beginning made them male and female?” Matthew 19:4

Despite man’s attempts to reduce us to prehistoric primates, you and I are not animals. We are fearfully and wonderfully made. 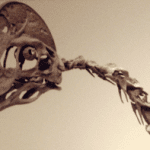 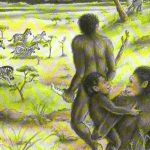