Distant starlight is very explainable, both biblically and technically.

Let’s start with the short answer based on the Bible

First, humans were not present when God created light, space, speed, time, gravity, and the stars. These were all formed during the first five days of creation, miraculously (Hebrews 11:3). This means that the natural confines, measurements, and relationships between these things were not the same as they are today.

The way God spoke to Job about this still applies today. He said, “Do you know the ordinances of the heavens? Can you set their dominion over the earth?” God—almost sarcastically—asks Job if He knows how the rules and laws of the heavens work. Today, we still cannot answer this question.

God also asked Job if he knows the “way to the dwelling of light?” (Job 38:19). Today, we still cannot even measure the one-way speed of light. Therefore, the Biblical answer is that there will always be—this side of heaven—some mysteries surrounding His Creation that we will never be able to understand. The universe is one of the greatest displays of God’s awesome power and creativity. As David wrote in Psalm 19:1, “The heavens declare the glory of God, and the sky above proclaims his handiwork.” Indeed, the size and scope of the heavenly bodies reminds us of the infinite wisdom of our Creator.

Why Understanding is Difficult

When we use our very limited, finite reasoning to understand how a miraculous, infinite God created the expansive universe and stars, we sometimes run into challenges. One of these challenges is trying to explain how, based on our present understanding, it apparently takes billions of years for light to travel from distant galaxies to earth. Indeed, we can measure these distances today using operational science.

However, to properly understand this issue, there are some things we should first consider.

First, the Bible holds that Creation was a one-time event. We cannot repeat the events that occurred at creation—not with the stars, the earth, the heavens, or anything else. God’s creative works are not subject to a laboratory experiment. They are not repeatable, testable, or observable. We cannot, therefore, understand the mechanisms and powers involved in the initial Creation process.

Second, Creation was a supernatural event; therefore, some aspects cannot be understood with our limited understanding (Isaiah 55:9). The natural laws in place today describe God’s normal way of upholding the universe. They were not yet in place when He created the universe! For example, the law of conservation of mass, which says that mass can neither be created nor destroyed, was not in place during Creation week. God was “speaking” new matter and energy into existence (Psalm 33:9).

Because Creation was a one-time, supernatural event, our ability to understand how He Created things and how it fits into the world we see today is very limited. We only have one side of the Creation Equation—what we see today, and what laws are in place today. We cannot assume that we can understand the “Creation side” of this equation, which is the most important part!

It is important to remember that God is not bound by the same natural laws that govern His creation, because He was the One who put them in place. He is not constrained by distance or time—two laws that govern our world today. When God finished His creation, it all worked! It didn’t need time to “get up to speed” to function. Adam was created as a mature man when he was only minutes old, as we might perceive him. We don’t know how fast light was traveling during the Creation week.

We see examples of God intervening in our world’s laws of distance and time in the Gospel accounts of Christ’s miracles. When Christ healed the centurion’s servant, the centurion expressed his belief that Christ had power over distance. In Luke 7:6–7, he said, “Lord, do not trouble yourself, for I am not worthy to have you come under my roof… But say the word, and let my servant be healed.” The servant was instantly healed, without having to wait for the normal process of healing to occur. There is also no indication in John 2:9 that Christ had to wait for the water to turn into wine. Both are examples of “miracles” because they were supernatural, not following the natural laws of nature.

Next, let’s look at what the Bible says about Creation. A straightforward reading of Genesis and other passages seem to indicate that each creative act preceded by a “let there be” command was immediately followed. In Genesis 1, every time this phrase appears, it is directly followed by the statement, “and it was so,” with no hint that any significant amount of time passed between God’s command and its fulfillment.

The text knows nothing of evolutionary time. God said, and it was so; “He spoke, and it was done” (Genesis 1:9). There is no billions-of-years gap in between those two. If there was, then why doesn’t the text just say so?

The Genesis 1 Creation text also fits other Scriptures, such as Hebrews 11:3, which states: “By faith we understand that the worlds were prepared by the word of God, so that what is seen was not made out of things which are visible.” In Romans 4:17, Paul says that Abraham believed God, who “calls into being that which does not exist.”

But just how was this done? What might it have looked like? Prominent astrophysicist Dr. Danny Faulkner has drawn insight from the Hebrew text in Genesis regarding the creation of the stars and related starlight.[i] He said, “It is instructive to examine God’s activities on the other days of the Creation Week to perhaps gain insight into patterns that might be useful to explore on Day Four.

Genesis 1:11 employs the hiphil stem of דש֗א (dš’), which is used to express causative action with an active voice. The KJV fittingly translates this as, “Let … bring forth.” The New American Standard Bible renders it similarly, “Let … sprout.” Lexically speaking, דש֗א does not indicate anything about how the earth brought forth plants; however, contextual clues indicate that the use of דש֗א in Genesis 1:11 involves a rapid-growth process. That is, on Day Three, plants did not instantly appear. Instead, plants grew up to become mature. It is clear from the blessing that God saw that it was good (v. 12b) and the immediate closure of the Third Day (v. 13) that this was not the usual, slow process that we see today in plants, but rather it was an abnormally very rapid growth and development of plants. At the very least, the plants (including trees with fruit) had to have mature fruit by Days Five and Six, for animals and people made then required them for food, which God ordained for them (vv. 29–30). It is very easy to imagine this very rapid Day Three sprouting and growing to maturity of plants as resembling a time-lapse movie of plant growth today.

Dr. Faulkner points out that this abnormally fast growth and development of plants on Day Three may be like the pattern of making the astronomical bodies on Day Four. He says this understanding is consistent with the concept of the stretching (נטה; nṭh) or the spreading out (מתח; mtḥ) of the heavens found in the Old Testament (Isaiah 40:22, 42:5, 44:24, 45:12, and 51:13).

While many hold to the “big bang” theory (the universe was in a very high-density state and then expanded about 13.8 billion years ago), many scientists do not.[ii] Distant starlight is a bigger dilemma for big-bang proponents than it is for those who hold to a straightforward reading of Scripture. For example, here are two problems that distant starlight poses to the big-bang model:[iii]

Horizon Problem: Astronomers and physicists predicted, based on the big-bang model, that the Cosmic Microwave Background (CMB) radiation would display an uneven temperature due to temperature fluctuations in the early universe. But the physical data shows that the CMB is extremely uniform in temperature, thus confounding the predictions of big-bang theorists.[iv] According to these scientists, not enough time has passed for energy to transfer from “hot” areas to “cold” areas in the form of electromagnetic radiation (light), even in the supposed 13.8 billion years since the big bang.

Distant Mature Galaxies Problem: According to big bang cosmology, “primitive” galaxies began to form within the first few billion years after the big bang. If this is true, then we should be able to see these galaxies the further we look out in space (since the light from these galaxies supposedly only reached us for the first time in the recent past). However, when astronomers scan the heavens, they find ‘mature’ galaxies up to 12 billion light-years away, existing supposedly less than 2 billion years after the big bang.[v]

Let’s remember that we have a very limited understanding with zero ability to create anything like an all-powerful God. Let’s also remember that God is not bound by the same natural laws that govern His Creation, because He was the One who put them in place. He is not constrained by distance or time, as He demonstrated by the miracles He conducted on Earth.

[i] Danny Faulkner, “A Proposal for a New Solution to the Light Travel Time Problem.” Answersingenesis.com. February 23, 2014.

[ii] See for example: http://cosmologystatement.org/  and

[iii] We are grateful to Astronomer Jason Lisle and his presentation on Distant Starlight with Answers in Genesis (Creation Library) for these salient points. 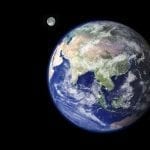 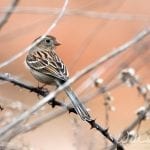