Originality specifies the geometry of an object. The object must be sufficiently like the others of its kind to be recognizable as part of that group. Yet it must be sufficiently different to be recognizable as an original. For a snowflake for example, there are six radii all of the same design. Yet that design is different from the design of any other radius of any other snowflake. Originality sets the boundaries of similarity and uniqueness within and between objects.

Living objects also are constrained to permit living as a group. The community of cells in a multi-celled organism relies on the unique functions of these various kinds of cells. Yet those cells are constrained to benefit without detriment the entire organism. Their locations and reproduction are constrained. They are not allowed to wander locationally, nor morphologically to become some other kind of cell. Although a selected version of the master tissue, they are not permitted to turn off their assigned function nor to turn on a new function. Thus their metabolic contributions to the whole organism are provided with reliability.

Plants consume carbon dioxide and produce oxygen as a byproduct. Animals consume oxygen and produce carbon dioxide as a byproduct. In a community of organisms, the myriad byproducts of each organism benefit others in the community. This web of interdependencies depends on each organism maintaining its place reliably. An examination of the repair genes of the deoxyribonucleic acid reveal a biological prohibition against transitional organisms. Transitional organisms would jeopardize mortally the web of interdependencies of the entire biosphere.

Bringing an object into existence requires an enormous amount of energy, E = mC2. An inexpensive way energetically to increase the number of objects would be by reproduction. That would require living systems, a requirement in mega-engineering at least as challenging as the alternative may be to marshal sufficient available energy, particularly given that the universe will not permit the addition of new energy.

If brought to motion, then objects obey the relativity laws. They move in space-time as if on a fabric proportionately distorted by massive objects and directly affected by the proximity of those objects. The morphology of the object is affected by originality, its birth by energy or the mega-engineering of reproduction, and its motions by the constraints of relativity. Such seem salient constraints for objects in this universe. 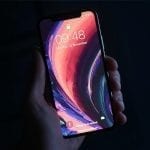