There are many who do not accept Yeshua, Jesus Christ as their Savior or believe in the existence of God.

Some are atheists because they do not care to have rules placed on them by a superior, but some turn to atheism because they lack the information as to what true Christianity is really about.

They think that we have a weak God, a rehash of hundreds of pagan gods throughout history. However, the God of the Bible is everything BUT typical. He is supreme, the Creator of the entire universe. The amazing design behind a simple cell or DNA, or the grandeur of the Earth, a planet tailored specially to support life – points overwhelmingly to a Creator.

Some claim that Bible-believers have a great ignorance of evolution – Yet many creationists are those who have studied evolution the closest. The more you study evolutionary theory, the more problems arise as to chance origins.

But if the theory of evolution is mathematically improbable, then one possibility shines through…”In the beginning, God created the heaven and the earth.” 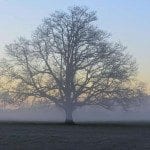 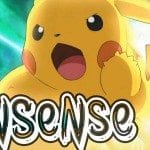