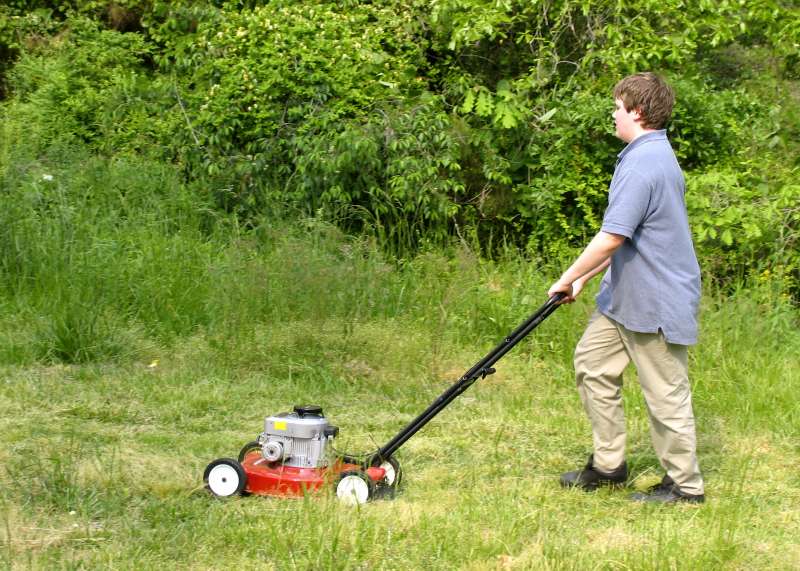 No matter what Sheldon Cooper may say, everything did not all start with a big bang. At its heart, the Big Bang theory breaks fundamental rules of physics, and I’m truly disturbed that it’s becoming so popular in American culture. With high-rating TV shows like Cosmos and The Big Bang Theory, cosmic evolution is being commercialized like firecrackers for toddlers. That’s why it’s so important for us, as believers in the absolute truth of Scripture, to understand the foundations of our Universe and how theories like the Big Bang violate them.

The First Law of Thermodynamics…

1 Samuel 2:8 – For the pillars of the earth are the LORD’s, and He has set the world upon them.

When I began taking physics classes in college, one word kept popping up again and again: conservation–conservation of mass and energy, conservation of momentum, conservation of electric charge, and the list goes on. Put simply, conservation means that scientists will measure the same amount of energy, momentum, etc. before and after an experiment. The energy, momentum, etc. may have changed from one form to another, but there’s no more or no less of it. In other words, the experiment didn’t create or destroy anything. Scientists would say that the energy or momentum was “conserved”–because nothing was added and nothing was taken away. Everything in the beginning equaled everything in the end.

For example, let’s say we stick a cheeseburger on the grill and let it sit there until it burns to a crisp. We may not see anything resembling a cheeseburger, yet all of its mass and energy–everything that made up the cheeseburger–is still there. It may now exist as heat, gas, and burnt crispy crumbs, but every single one of those “cheeseburger atoms” exists somewhere.

Think of it this way, after just having lunch, you mow your front lawn. A thermodynamic process is going on inside your body. As you mow, you lunch is being digested and giving off heat. At the same time, your body is also performing work by walking, pushing, and pulling. The heat from your lunch is adding energy to your body, and the work you’re doing is taking away energy from your body. If the energy added from your lunch is greater than the energy taken away by work, then your body should still have some energy left after you’ve finished mowing. In mathematical language, your body experienced an increase in internal energy. 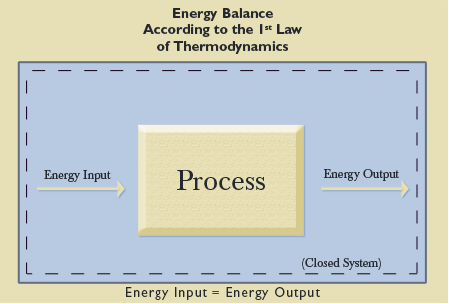 …And The Big Bang

Congratulations! You made it through the hard part. Hopefully, all that mathematical mumbo-jumbo didn’t discourage you, but even if it did, the most important part the First Law of Thermodynamics is this: A self-perpetuating machine cannot exist. Whenever a body performs work, it’s got to have an energy source. We can’t build a machine that runs without some kind of fuel or energy. Put simply, a car just isn’t going to run without putting gas in the tank. Never. Ever.

Yet, when it comes to the Big Bang, atheistic scientists seem to ignore this premise. They assume that this energetic, working system we call the Universe just popped itself into existence–from absolutely nothing! This theory is given the scientific name of spontaneous creation. To be fair, they get this theory from something called virtual particles. Virtual particles are particles even smaller than atoms that spontaneously pop in and out of existence–but only lasting for a very, very, very, very, very small time. Unbelievably shorter than a second. Atheistic scientists are investigating this “fluctuation,” as they call it, to support the Big Bang. However, virtual particles are special cases and, more to the point, a self perpetuating machine cannot exist. Our self-sustaining Universe can’t appear out of nowhere without anything “fueling” its existence. Holding to the Big Bang means breaking the First Law of Thermodynamics, no matter how you cut it.

And That’s A Wrap

So, now you truly know about the First Law of Thermodynamics. It defines our Universe and remains one of the most foundational scientific principles. Without it, physics would be a lot harder than it already is! Thankfully, our Creator composed the laws of physics to work together and as beautifully as any piece of music, so that no one has any excuse to deny Him.

To conclude, you might be wondering that if energy can’t be created or destroyed, then why do cars break down and humans eventually die. If we continue to add energy to the body, why doesn’t it keep working? Well, hopefully we can discuss this next time. It includes the Second Law of Thermodynamics, its various violations, and how the Big Bang fails to fit the formula again. Until then, blessings! 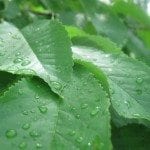