Around the 1st and 2nd centuries before Christ, while Rome was in a power-struggle, all of the Mediterranean had a problem. The pirates of Cilicia were rising in strength, and attacking trade ships that carried goods across the Mediterranean.

The historian Plutarch describes the gravity of the situation like this: “While the Romans were embroiled in civil wars at the gates of Rome, the sea was left unguarded… The ships of the pirates numbered more than a thousand, and the cities captured by them four hundred.”

But the chaos they created was not limited to the sea. These Pirates of the Mediterranean, according to Plutarch, were worshipers of “Certain secret rites, among which, those of Mithras continue to the present time, having been first instituted by them.”

The mystery god, Mithra, was regarded as a deity of the sun, and the secret cult worshiped the heavenly bodies found in astrology. The pagan practices throughout history encourage the worship of created idols, stars, and objects. The Bible, however, calls for the worship of the Creator of the universe.

Revelations instructs us:
“…Worship him that made heaven, and earth, and the sea, and the fountains of waters.” 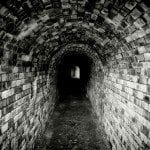 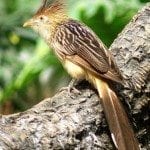