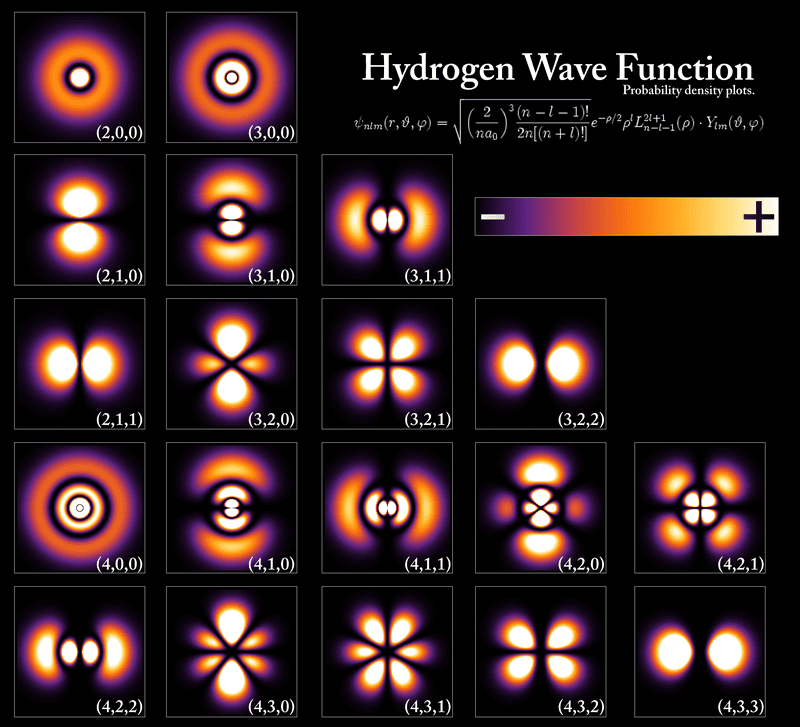 We enjoy Quantum Mechanics by our cell phones, computers, and all forms of technology but most of us do not fathom how the system works exactly. Do we care? It’s just stuff made to be broken and replaced of. But Quantum Mechanics isn’t limited to stuff nor our bodies are limited to materialism. Imagine politics, religion, education, health. Why do we incline ourselves too much on human activities? Fools say there is no God simply because they have needs and expectations they find sufficient by human actions alone. But the universe isn’t a trade- you buy my thought, I buy yours.

Quantum Mechanics is a discovery of light in a wave-particle fusion that enables the physical body to connect to the fullness of life. Hence we will realize that this body is not even our own- if we give it away, it feels loss, disconnection, and death. But if we live life by offering this body to the soul it belongs with, we will see that we truly belong to the Maker at large.

Quantum Mechanics was very unacceptable for early scientists. Who can comprehend it, how can you conceive something at the back of your mind that is much larger than you? What happens when this thought becomes something or somebody? You connect to the thought so it can become words. Some of us are convinced that there is God because of everything we see and sense, so what now? The best way to witness God is not by the things we see and we’re wondering why in fact we can’t even talk our hearts out. It’s because His existence is inconceivable in our personal lives. Here’s a little help of Quantum Mechanics to prove that God in the Bible is real:

We have to remember that QM normally comes in a dual state. We don’t live for ourselves. We are always connected to Light as we are light. You can kill this body but not the energy that keeps it alive. This energy will go to whichever it is connected.

Max Planck thought that the electromagnetic radiation actually comes in little packages called quanta. Soon after, Albert Einstein picked up on this idea, and by 1905 the notion that light traveled in continuous waves has been called photons. They are little units of light that can behave both particles and waves.

Jesus said, “I am the Light of the world; he who follows Me will not walk in the darkness, but will have the Light of life.” John 8:12

Quantum Mechanics is all about being together or not. Tell me who your friends are and I can tell you whether you’re a boson or a fermion. If two particles can occupy the same state, then they are equally yoked, they believe in one thing and they are bosons. If a particle is a fermion, one example is electron, they won’t share the same state. If I don’t agree with you, that’s fine but there’s no way you would drag me to your life.

“Take my yoke upon you, and learn from me; for I am gentle and humble in heart, and you will find rest for your souls.” Matthew 11:29

These quantum units are very humble in nature. You know, Max Planck was puzzled why energy does not grow or diminish no matter how much heat you apply. This explains the Blackbody Radiation. These Blackbody objects will show you how to be humble. One way is just to absorb light from every wavelength of incident radiation e.g, electromagnetism. It means blackbody is the kind of radiation that doesn’t show off, in fact, that’s how it gets its name. They will just absorb light then they are going to perfectly emit that light when they are heated. The sole sources of light of this radiation is thermal radiation, meaning they are already light so what’s the point of being arrogant? You know, this blackbody doesn’t live empty lives. They have non-zero temperature that’s why they have thermal energy. Where does this energy come from? No one knows, but God provides everything because these particles just pop in and out of the existence.

“Your beauty should not come from outward adornment, such as elaborate hairstyles and the wearing of gold jewelry or fine clothes. Rather, it should be that of your inner self, the unfading beauty of a gentle and quiet spirit, which is of great worth in God’s sight.” Proverbs 11:2

If we think that our philosophy and religion are the foundations of life then we can be wrong. Quantum Mechanics prefers dimensionless constants in the sense of probability of waves. They are the things immeasurable yet the result is safe. Irish physicist, George Johnstone Stoney said we must not worry about natural units like inches, metres, or seconds. Rather we should look to the so-called constants of nature, for example the gravitational constant and the speed of light. A dimensionless physical constant if you look it up means it has no units attached, its numerical value is the same under all possible systems of units, just like the Word of God.

“The unfolding of your words gives light; it gives understanding to the simple.” Psalm 119:130

The state of a system in the framework of Quantum Mechanics is determined by its wave function for a system- body and soul. Its working applies to many constituents and it creates symmetry. We see a pattern, a form, and outcomes. You can create so many things in a life with a pattern by not making your own pattern out of life. If your life works through a certain pattern God has designed for you, then everything you do will make you better and better just the way you are. In fact, the more things you can do just by being true, the more symmetrical you must be. We call it Rotational Symmetry.

“For we are God’s handiwork, created in Christ Jesus to do good works, which God prepared in advance for us to do.” Ephesians 2:10

It is a symmetry that exists between matter and antimatter, Parity is the symmetry where we reverse all of our space directions in describing spinning particles in the opposite direction. If you point your right hand in the x direction and curl your fingers towards the y direction, then your thumb will point in the z direction. Thus a parity transforms essentially swaps left and right. The mirror is the perfect example. It reverses the forward-backward direction while maintaining the other two axes. These combined transformations of charge and parity, bring us back to our original picture.

Why is there good and evil? God’s character is multi-dimensional, everything He does is righteous and whatever we think as good that we do is evil if are apart from His righteousness. This is the account of matter and antimatter. If we submit ourselves, God would see us and work on us in perfect balance.

“And just as they did not see fit to acknowledge God any longer, God gave them over to a depraved mind, to do those things which are not proper, being filled with all unrighteousness.” Romans 1:28

From Einstein’s E = mc2, where E stands for energy, m for mass and c for the speed of light, we know that energy and mass are related. Each time mass is produced from energy, equal amounts of matter and antimatter are seen to be produced. When matter and antimatter meet each other they annihilate to form pure energy.

“What good is it, dear brothers and sisters, if you say you have faith but don’t show it by your actions? Can that kind of faith save anyone?” James 2:14

I wish I could go on and on because Quantum Mechanics is simply filled with proof of God’s precepts in His image and likeness.

For more information on the evidence for God’s existence, see the resources below: 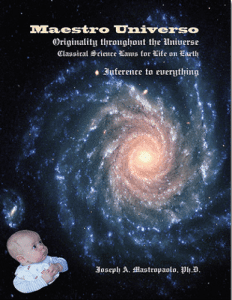 Originality throughout the Universe covers the entire universe and proves that every object in it was created. And the proofs are not merely subjective arguments. There are no more convincing objective proofs in all of secular classical science. 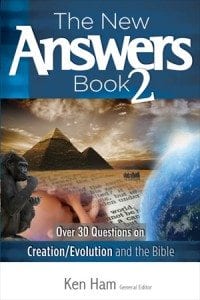 The Answers books have been powerful tools in equipping believers to share and defend their faith. Now the newest release in this landmark series takes on hot-button topics like climate change, the intelligence of ancient man, the best creation evidences, and many more. Answered questions include, “Do Creationists Believe in ‘Weird’ Physics like Relativity, Quantum Mechanics, and String Theory?”

Currently writing a book on metaphysics. 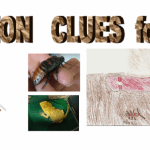