The purpose of the “big bang” concept was to describe the origin of the universe and its history to modern times. One of the underlying observations was the red shift that seemed to show that stars and their galaxies were moving away from each other as they might if on the surface of an inflating balloon. If the universe was expanding, then it seemed logical to suppose that going back in time would contract the universe and increase its temperature to the condition of a big bang. The discovery of residual universal background radiation (see above) seemed to give credence to the big bang speculation. Further, the details of the history to modern times were constrained by the anthropic principle, i.e. making sure at the end of that history that life as we know it is feasible. Altogether, the big bang concept seemed based on the redshifted doppler effect for light, universal background radiation, and the required eventual conditions for life. Except for the experiments that may be done with life forms, and because of the huge scale, the big bang seemed based more on speculations and indirect evidence rather than scientific experiments.

The big bang does not account for life as defined by scientific experiments. Instead, the big bang specifies the evolution of life. There is no evolution. Evolution was disproven by Francesco Redi 347 years ago and confirmed by John Tyndall and Louis Pasteur. Evolution is a superstition. The biology of dioxyribonucleic acid (DNA) will not permit any transitional forms and therefore biologically prohibits any life form from evolving into any other life form. Life forms had to be created as they are observed. The 35,000 originality experiments unanimously demonstrated that each life form was an original without any duplicates nor any transitional forms (see this page).

If the goal of the big bang is to have a history that eventuates to life as science observes it, then the big bang disproves itself. A mindless sequence cannot end in created life. The sequence must be guided and fulfilled by a creator, not mindless physical forces incapable of devising even one living thing. And if a creator must guide the sequence to living things, then that creator is likely the cause of the originality of all of the 35,000 unanimously original objects in the universe. Given that ultimate goal of permitting life, then all mechanisms in the past and leading from it must be organized and coordinated from the plan of such a creator. For the origin and development of life, mindless speculations, like the big bang cosmology and cosmogony, are superstitions and won’t do. Unanimous originality had to be caused by a creator and given that creator then the need for and the concept of the big bang faded to a big dud. 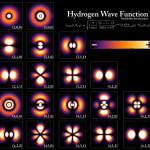 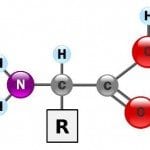