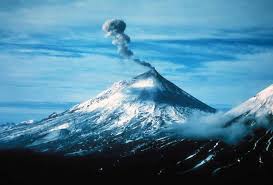 Radiometric Dating: How Reliable Is It? Part 3
WITNESS NUMBER THREE

In Part 1 and Part 2 of this series, we called atheist Roger Lewin and agnostic Richard Milton as witnesses against the reliability of radiometric dating. Our next witness is DON BOYS, Ph. D., a young earth creationist, from his book, Evolution: Fact, Fraud or Faith.

I have noticed something curiously paradoxical when reading scholarly books by many anti-Darwinists. Even among those authors (for example, Michael Behe, Michael Denton, Stephen C. Meyer, etc.) who are highly critical of the non-scientific, assumption-based approach to the subject pursued by most evolutionists, the whole question of the reliability of dating of the age of rocks and fossils, is mysteriously bypassed by almost all of these writers despite its obvious foundational relevance to the question. They accept the age designations of rocks and fossils (and of the earth) by evolutionists without challenge. Why is this?

These old-earth creationists or Intelligent Design writers are critical of the extreme assumption-based arrogance so common among evolutionists regarding evolution, yet they succumb to assumption-based thinking themselves in regard to this central aspect of the whole creation-evolution question. I will go so far as to say that it is a monumentally flawed examination of creation-evolution issues which does not devote at least some space to the issue of the pervasive discordant dating results of rocks and fossils using radiometric dating. It was, after all, the uniformitarian geology of Charles Lyell and his speculations regarding immense ages shaping the geology of the earth that laid the foundation for Darwinian biological evolutionary speculation. And it is radiometric dating, more than any other procedure, which evolutionists point to as their chief justification for believing in ancient ages of fossils, rocks and the earth. (In supreme irony, modern evolutionists have repudiated the foundational uniformitarian hypothesis in favor of catastrophism – or actually multiple catastrophisms, plural –  without, apparently, a moments’ notice that this tends to undermine the whole evolutionary hypothesis.)

Maybe these old-earth anti-Darwinian writers are picking and choosing their battles? You know…keep focused, one thing at a time? But if this is so, it is a misbegotten tactic. The allowance for immense ages in their thesis works against their anti-Darwinian propositions, at least polemically. The unsophisticated reader (and even many sophisticated scientists), having been brainwashed by the Great Darwinian Propaganda Machine of our public education system and its big media outlets, will simply succumb to the ingrained notion that, “Well, because so much time is involved, anything (i.e., evolution) can happen given hundreds of millions of years;” and this notion undermines all of the time and effort the writer has put into the anti-evolutionary argumentation, no matter how persuasive. The “anything-can-happen-given-enough-time” idea is a thoroughly false but seductive notion. (See Don Patton‘s comments about the role of time.) In reality, this idea is like saying if we simply wait long enough then objects not bolted down to the earth will begin to fall upwards sooner or later. This is, in essence, what many people believe time can accomplish.

Now to our next witness against the reliability of radiometric dating, Don Boys, Ph.D.

Am I the only one who thinks that empirically demonstrable error by a margin of 14.6 billion years (yes, that’s billion with a “b”) is somewhat off the mark? There are two things going on here: 1) erroneous results when we have rock of KNOWN age; and 2) multiple discordant dating results on the same samples of rock of known and unknown age.

In other words, the results from twenty-two samples of lava rock of known age subjected to radiometric testing have been relegated to the dungheap of “aberrations” by advocates of evolution. Yet these “aberrations” are the only OBJECTIVE tests we have to determine if radiometric dating itself is reliable. The evolutionists reject these ancient age designations as errors when the rocks are of known recent age, so why should they not reject them when the rocks are of unknown age? Well, because the ancient age designations are useful to evolutionary propaganda, of course.

Wise up, my dear hominid. We’ve been duped! The Great Darwinian Propaganda Machine of our government education system and its media outlets has no interest in objective search for truth. It is all about protecting their “turf” and the hundreds of billions of dollars of public money funneled in their direction.

So, summing up Parts 1 – 3 of this series, we have complete harmony of testimony between an atheist (Roger Lewin), an agnostic (Richard Milton) and a young earth creationist (Don Boys) as to the utter unreliability of radiometric dating. This issue and this point is of central importance to the creation-evolution debate and well worth belaboring because radiometric dating is the chief, if not exclusive, dating procedure evolutionists use as a crutch to make evolution “walk.” It is a gargantuan understatement to say that there is something seriously amiss in our techniques for dating rocks and fossils.

Here is an absolutely, utterly incontestable conclusion: radiometric dating of rocks and fossils is totally unreliable and utterly useless as a chronometer. It gets even better: radioactive decay rates have been observed to vary and fluctuate! But that subject will have to wait for a future article.

Our next witness in Part 4 will be Richard Lubenow. 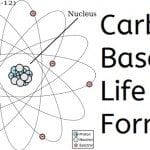 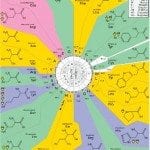