[Originally published as the second section of A Clash of Worldviews]

“The lie” says, among other things, that we don’t want God to interfere in our lives, and we don’t need him to explain our existence. This is manifest in statements such as this one by Harvard geneticist and Marxist Richard Lewontin:

We [scientists] have … a prior commitment to materialism [and] we are forced by our a priori adherence to material causes to create an apparatus of investigation and a set of concepts that produce material explanations… Moreover, that materialism is absolute, for we cannot allow a Divine Foot in the door.¹

With the acceptance of Darwinism by the mainstream scientific community, the quest for an explanation of our world has been redefined in terms of materialism and naturalism. These are an attempt to explain origins without any supernatural intervention at all:

These, of course, are in direct opposition to biblical teaching. If everything is viewed in materialistic or naturalistic terms, then who sets the rules?

If there is no God, then everything is permissible. ~Fyodor Dostoyevski

[I suppose the reason] we all jumped at the Origin [of Species] was because the idea of God interfered with our sexual mores. ~Sir Julian Huxley²

This is in stark contrast to biblical Christianity:

Although they claimed to be wise, they became fools and exchanged the glory of the immortal God for images made to look like mortal man and birds and animals and reptiles.
Therefore God gave them over in the sinful desires of their hearts to sexual impurity for the degrading of their bodies with one another. They exchanged the truth of God for a lie, and worshiped and served created things rather than the Creator—who is forever praised. Romans 1:22–25

In the popular media the clash between worldviews, as embodied in the creation–evolution debate, has been characterized by portraying science as hard, objective facts, while religion, biblical Christianity in particular, is just subjective, unprovable feelings. In their view, religion teaches morality but otherwise has no relation to the real world.

Evolution is a Religion

But, by looking at the definitions of materialism and naturalism, we can see that evolution is a worldview—a philosophy, a belief system. As mentioned earlier, secular humanism, which has been defined as a religion, has evolution as its foundation.

Some people defend evolution to the end, not because of its scientific merits, but because it’s their philosophical base: if they were to admit it’s wrong it would destroy their whole belief system. Changing one’s philosophical base involves a huge paradigm shift, which without God’s help is well nigh impossible.

How has Evolutionism Affected Society?

Marxism, Nazism, Fascism, and liberalism are all founded upon materialism, naturalism, and secular humanism, with a root of evolutionism. Evolutionism lends justification to all of these social systems.

As political philosophers accepted the ideas of Darwin, they incorporated these ideas into their writings. This gave rise to “social Darwinism,” which is the concept of evolution applied to race, social systems and structures.

These ideas (the struggle for existence, and survival of the fittest through natural selection) became justification for military conquest and preservation of favored races. Political thought became dominated by social Darwinism, especially in Europe, in the nineteenth and early twentieth centuries. In fact there is evidence that Darwin taught that human evolution proceeded through warfare and struggle between isolated clans. He said that it was wrong to help the poor since doing so would hinder the evolutionary process.

Social Darwinism reached a peak in Adolph Hitler’s book Mein Kampf (My Struggle), which was strewn with evolutionary thought. Its theme of the supremacy of the Aryan race led to the Jewish holocaust. Hitler also persecuted other races and ethnic groups he considered inferior, such as blacks, gypsies, and Christians. The effect of evolutionism on Hitler’s thinking is not often alluded to, but it lay at the root of his philosophies:

He who would live must fight, he who does not wish to fight in this world where permanent struggle is the law of life, has not the right to exist.³

In Italy, Mussolini’s thinking was completely dominated by evolution, and he repeatedly used evolutionary catchwords in his public addresses on fascism. He believed that violence was basic to social transformation.

Two of the founders of communism, Karl Marx and Friedrich Engels, were evolutionists. Communism is based upon the theme of class struggle. Marx was an admirer of Darwin, and wanted to dedicate a portion of his book, Das Kapital, to Darwin. But Darwin declined, not wanting to be part of a direct attack upon religion, feeling that that would harm his cause.

The philosophies of Marx and Engels were incorporated into the official state religion of the USSR, which was originally called “dialectical materialism,” but later changed to “scientific atheism.”

Darwin’s Origin of Species came along at an opportune time for Marx:

Evolution, especially in the form of social Darwinism, has been used to justify industrial and business monopolies and exploitation of labor. In fact, according to industrialist John D. Rockefeller,

This [use of ruthless business tactics] is not an evil tendency in business. It is merely the working-out of a law of nature and a law of God.5

Industrialists felt justified in amassing great fortunes by theories of economic struggle for existence, with evolution as a foundation.

In the early part of the twentieth century, it was commonly believed among scientists that different races were on different rungs of the evolutionary ladder. Blacks were thought to be at the bottom, Orientals in the middle, and Caucasians on the top. Slaughter of “inferior” races was justified on the basis of natural selection and survival of the fittest.

This line of thought was and still is sometimes reflected in drawings of ape-men with African characteristics.

If we’re not creations of God with a purpose and meaning in life, we’re left with a sense of emptiness. After all, if we came from nowhere and are going nowhere, what’s there to live for? This is one of the reasons for the rise in teen suicide, and often expresses itself in the drug culture. Some people try to find meaning in life through drugs, which offer a sort of substitute religion.

If evolution is true, there is no God to set any standards of behavior. Biblical concepts then become relics of the past, and there is no right or wrong, no such thing as immorality (“If it’s right for you, then its okay”). It’s now considered “immoral” to restrict the “rights” of those wanting to practice premarital sex, adultery, homosexuality, etc. Since humans are just animals that are a little higher on the evolutionary scale, and animals do these things, then what’s wrong with doing them?

The overall result has been a general lowering of standards of behavior and expectations, even in the Christian community. The entertainment industry is a prime example. People take for granted today TV programs, movies, video games, music that would have caused outrage in previous generations.

The Devaluation of Human Life

Evolutionism provides the same basis for discarding or ignoring moral values as Epicureanism did with the ancient Greeks. (Epicureans wanted freedom to indulge in every pleasure without consequence: “Eat, drink, & be merry, for tomorrow we die.”)

Many evolutionists also seek unbridled freedom in every area. Evolution justifies freedom from morality, using science to avoid consequences such as pregnancy, STDs, etc. The only remaining obstacle is Christianity.

There is a way that seems right to a man, but in the end it leads to death. Proverbs 14:12

Evolution is not merely a biological theory of little significance. It is a world view—the world view diametrically opposing the Christian world view. Therefore Christians ignore it or compromise with it at great peril! ~Dr. Henry Morris6

It is only through God’s provision that we can change our outlook on life.

With man this is impossible, but with God all things are possible. Matthew 19:26

I will give you a new heart and put a new spirit in you; I will remove from you your heart of stone and give you a heart of flesh. And I will put my Spirit in you and move you to follow my decrees and be careful to keep my laws. Ezekiel 36:36-37

How is this possible? It is only through the Christian “born again” experience that it can be accomplished:

Repent, then, and turn to God, so that your sins may be wiped out, that times of refreshing may come from the Lord, and that he may send the Christ, who has been appointed for you–even Jesus. Acts 3:19-20 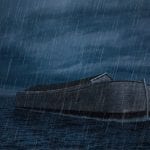 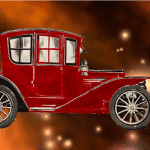