If you ask an evolutionist for fossil evidence of evolution, in one way or another, they will likely point you to the geologic timescale or geologic column. They try to use the geologic column to illustrate evolution of simple animals becoming more complex and diverse over time. Evolutionists say that the lower layers of rock on earth are older, and the ones above them are more recent, which definitely has a nugget of truth to it. Geologists who believe in the Biblical 6,000-year age of the earth would agree with most of the relative order of how the rock layers were laid down (more on relative dating here). It’s the long ages that are tacked onto those orders where we differ with the evolutionist.

Last week, we explored some of the usefulness of the geologic timescale or geologic column. In the most basic sense, it’s a handy tool for organizing and classifying rock layers (read the previous article here). An evolutionist will point out that lower layers, like the Cambrian, have a lot of fossil sea creatures like trilobites, and the higher you go on the geologic column, the more diverse life forms you find, including swamp creatures followed by land animals, like dinosaurs, and finally mammals. When you see a drawing lining up evolutionary progression from pond scum to people, it’s important to remember that :

1) It is art made by a person – we don’t find this complete progression of the geologic column between rock layers in any single location
2) The artist picks and chooses fossils from each section of the column. In reality, there is a wide range of fossils in each layer. Many fossils are found in layers classified in places throughout the geologic column.

Evolutionists interpret rock layers in the geologic column as an evolutionary progression through long periods of time. Instead, young earth creationists like me interpret it as a progression of time starting with creation (about 6,000 years ago), including huge sections laid down in various stages of the global flood (roughly 4,500 years ago), and ending with “after-shocks” as earth recovered from the flood, leading up to our present day. The geologic timescale is not a progression of life, but a progression of death and destruction. It’s not from chaos to order, but from original order to chaotic destruction.

Here’s a very simplified creationist interpretation of the geologic timescale that isn’t perfect, but makes a nice rule-of-thumb: Pre-Cambrian is creation rock, Paleozoic and Mesozoic are flood layers, and Cenozoic comes from events at the end of and/or after the flood. Most Pre-Cambrian rock was likely made during creation week, when God made the dry land on day 3. The flood would have scraped the continents clean, making the Cambrian rock layers some of the first flood deposits. As the flood progressively became deeper when the rain fell and the “fountains of the great deep” welled up underwater volcanoes, the first mud layers to bury fossils would have been in the seas, gradually working its way onto land. That’s why we find swamp creatures next, and land animals higher up into the Mesozoic.

While there are a number of imperfections and flaws in the geologic timescale/column as the evolutionists interpret it, these fit well into the young-earth creationist interpretation. For example, in some places Ordovician layers have been found below Cambrian, when typically they are found with Cambrian on the bottom. This is from a dramatic phenomenon called “overthrusting”, when the higher layers actually slide below a lower one. That would take some huge earthquakes! It makes sense if this happened during the flood, while both layers were still soft, and when catastrophic earthquakes were very common. In other places, like in the Grand Canyon, whole sections of the geologic column are missing. That would make sense during the flood, when rock layers covered large sections, but didn’t necessarily lay down all the same layers in all the same places – various tsunami-like tides would have made variations. The geologic timescale is not inherently evil or anti-creationist, but merely a tool of classification for bringing order in scientific observations. A tool that can be interpreted different ways. 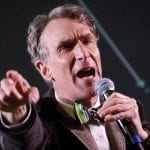 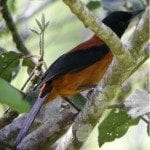