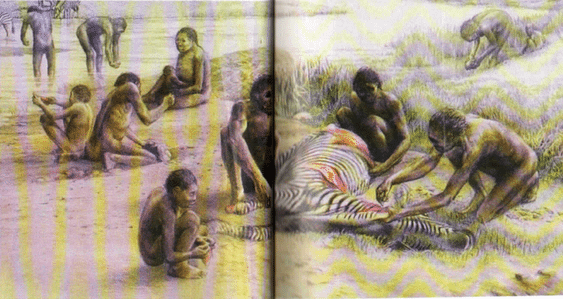 The second supposed ‘link’ in the evolution of man from ape-like creatures is the collection of ape-like African fossils assigned the name Homo habilis, meaning “Handy Man.”

Homo habilis was given this name because, “One set of [Homo habilis] fossils…was found with tools made of stone and bone,” so Homo habilis was assumed to have possessed the ability to make these tools, an important step forward in the evolution toward ‘humanness.’1 But was Homo habilis really handy…or even a man?

First, the textbooks do not clearly present the fact that serious scientific disagreement exists about what the fossils of Homo habilis actually represent. Some scientists believe that he belongs in the genus Homo, the same as modern humans, because of his supposedly human features (i.e. larger brain than ‘Lucy’). Not all scientists agree, however.

Science news site, phys.org, reported a research paper published in the journal Science on August 28th, 2015, in which, “[University of Pittsburg professor of anthropology Jeffery] Schwartz cites Jonathan and Mary Leakey’s 1960 discovery of 1.8-million-year-old fossils in Tanzania’s Olduvai Gorge. When the pair published their findings in 1964, they claimed the fossils represented a new species, Homo habilis. “There was scant morphological justification for including any of this very ancient material in Homo,” Schwartz writes. “Indeed, the main motivation appears to have been the Leakeys’ desire to identify this hominid as the maker of the simple stone tools found in the lower layers of the gorge …”2

Yet even this reason for admitting the ‘handy man’ into the human family has been challenged. Homo habilis is known to have possessed long arms and curved fingers, unlike modern humans, but typical of arboreal (tree-dwelling) creatures, like apes.3 This is why the recent discovery of a modern human finger bone in the same layer with the stone tools and the original Homo habilis fossils (dated at 1.8 million years old) are causing a stir in the evolutionary community.

“’It brings support to those who challenge the view that Homo habilis was the maker of the stone artifacts becoming abundant in layers of this time period,’ commented Jean-Jacques Hublin, director of the department of human evolution at the Max Planck Institute for Evolutionary Anthropology.”4

So, as it turns out, Homo habilis was likely neither handy, nor a man. Instead, some scientists argue that he should be reclassified as an Australopithecus (‘southern ape’; same genus as ‘Lucy’), “The diverse group of fossils from 1 million years or so ago, known as H. habilis, may be more properly recognized as australopithecines.”5

This should remind us that although man’s theories constantly change and ‘evolve,’ God’s Word never does. As Jesus spoke in Matthew 24:35, “Heaven and earth will pass away, but my words will not pass away.” 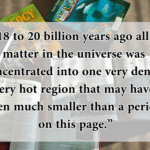 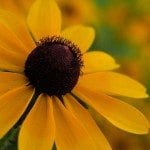