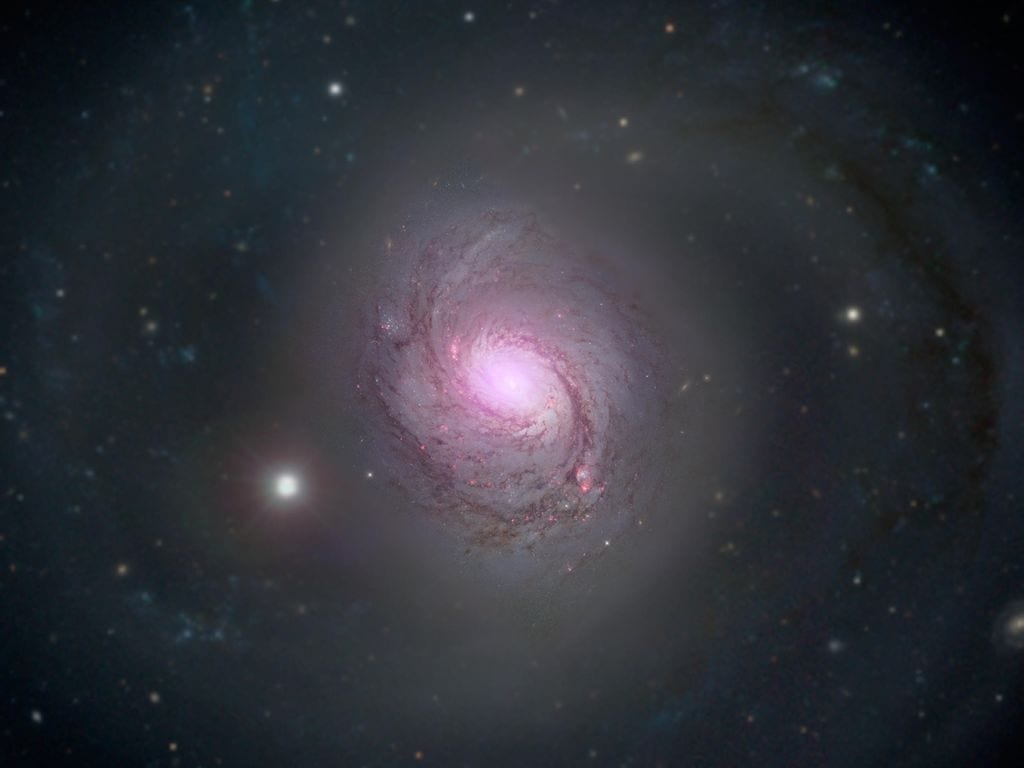 Plasma Cosmology is a subject of much significance for us creationists. Plasma Cosmology offers, among other things, a competing cosmology to the dominant Big Bang dogma of establishment academia. I hope this article and its links will be an informative introduction to the subject. Plasma Cosmology deserves our consideration and a fair hearing. (See, for example, the book, “Physics of the Plasma Universe,” by Anthony Peratt, or here, and David LaPoint’s video series on Primer fields, here, here and here, and the teaching videos of the Electric Universe organization.)

In addition to introducing you to Plasma Cosmology, I hope to gift you here with a greater holistic understanding of the world and the interconnectedness of things within human civilization.

CAUTION: this could be life-changing if you really grasp it.

One of the principal proponents of Plasma Cosmology is the Electric Universe group. They are prolific producers of short, teaching videos, numbering almost 400 videos the last time I looked. The group, headed by Wal Thornhill, has distinguished itself with a number of confirmed predictions regarding astrophysics which were unexpected by establishment astronomers and astrophysicists.

One of their predictions was that comets would be shown to be solid, rocky bodies, not “dirty snowballs” consisting of ice and frozen gases; to date all comets that have been observed closely enough to image their details have revealed solid rocky composition. The Electric Universe group pitched another strike recently with another confirmed prediction about the physics and dynamics of events at the galactic scale. (See Donald Scott: Breakthrough – Counter-Rotation at Center of Galaxy.)

With the ever-increasing ability of astronomers to peer into the cosmos and see finer and finer details, we are now able to distinguish the actual dynamics of many astronomical events, whereas in the past the cosmos appeared mostly static.

One example of this, and one which provides very strong evidence in favor of the Electric Universe (plasma cosmology) model of astrophysics, is the recent discovery of counter-rotating discs of gas in the galaxy NGC 1068. These counter-rotating discs of gas appear to verify the Birkeland Current view of galaxy dynamics (note very well that I did not say “galaxy formation“—which is not verifiable and is a theoretical extrapolation)—and, therefore of intergalactic dynamics on vast unimaginable scales.

These counter-rotating discs of gas also appear to disprove the model of current institutional science regarding the dynamics of galaxies, which model is based upon Big Bang Cosmology and a commitment to the belief that the cosmos is governed almost exclusively by gravity.

This commitment to gravity as the only truly significant factor in astrophysics has necessarily given rise to many subordinate speculative entities, speculations such as, among others, “dark matter” and “dark energy,” (See here, and here, and here, for example) two proposed entities which have remained completely unsubstantiated by any kind of evidence whatsoever for the last ninety years now, despite claims to the contrary. Yet our academic/scientific establishment routinely speaks about these utterly elusive and wholly imaginary entities as if they are established facts!

Something is wrong with this picture!

Can we trust our science establishment?

We have been led astray by our contemporary, institutional, science establishment. This is true not only in regard to the pseudo-science of evolution, but also in regard to the sciences of astronomy, astrophysics, and cosmology. With all of the evidence totally arrayed against them both in biology and astrophysics, the current science establishment, instead of re-aligning their proclamations to match up with the empirical facts, doubles down and digs in their heels to defend a failed Big Bang dogma. Alas! We live in an era, not only of Fake News, but also of Fake Biology, Fake Cosmology—and, might I add, Fake Education!

Big Bang cosmology was definitively disproven by astronomer Halton Arp in the 1960’s and 1970’s when he catalogued hundreds of examples of optical “discordant red-shift associations” between galaxies and associated quasars, including, for example, very high red-shifted quasars in front of very low red-shifted galaxies.

If I counted correctly, Arp catalogued 333 such discordant examples. NASA, to their discredit, has engaged in a public relations campaign (should we not call this a propaganda campaign?) attempting to debunk Arp’s observations and their significance. Their debunking campaign is an exercise in ideology, not science. (See one of Arp’s responses here.)

These galaxy-to-quasar associations are simply not possible based upon Big Bang cosmology because Big Bang cosmology claims that quasars are the farthest objects in the known universe and accelerating away from us at faster and faster speeds the further away they are, resulting in the high optical red shift observed in quasars.

Yet there the discordant red-shifted quasars are, often in physical association with relatively nearby galaxies and in some instances directly between us and a relatively nearby galaxy. This cannot be explained using Big Bang assumptions as a premise. Something else is causing the red shift. The Doppler effect aspect is minuscule and cannot come close to accounting for the magnitude of the red shift. Halton Arp proposed that the red shift is intrinsic to the quasars and not an effect of motion. This seems self-evident once the observations are considered.

“There is nevertheless a nagging suspicion among some astronomers that all may not be right with the deduction, from the red shifts of galaxies via the Doppler effect, that the universe is expanding. The astronomer Halton Arp has found enigmatic and disturbing cases where a galaxy and a quasar, or a pair of galaxies, that are in apparent physical association have very different red shifts. Occasionally there seems to be a bridge of gas and dust connecting them…

If Arp is right, the exotic mechanisms proposed to explain the energy source of distant quasars—supernova chain reactions, supermassive black holes and the like—would prove unnecessary. Quasars need not then be very distant. But some other exotic mechanism will be required to explain the red shift. In either case, something very strange is going on in the depths of space.” Cosmos, by Carl Sagan, p 269-270

These “discordant red-shift associations,” as Arp called them, are not “anomalies.” They are disproofs, falsifications, of Big Bang cosmology. Yet the bureaucrats of institutional establishment science prefer to dig their heels in and cling to dogma due to the politics of money and ideology–maybe especially ideology. Who cares about the public’s right to know!

It should be mentioned that for all of Halton Arp’s painstaking labor over decades which resulted in this breakthrough science, he was “awarded” by depriving him of his telescope access at Mt. Palomar and Mt. Wilson observatories and essentially exiled to Germany where he could no longer conduct his cutting-edge science research. How dare he publish facts contradictory to Big Bang cosmology! (By the way, ironically Arp was a protégé of Edwin Hubble!)

Why do things like this happen in academia and science research so often? For those who think there is no connection between the fallacies of biology (i.e., evolution) and the fallacies of cosmology (i.e., the Big Bang), and that this is all just various unrelated interpretations of data by objective scientists, let me disabuse you of the notion. This is all driven by philosophical ideology.

This is all driven by the SAME ideology: the political correctness of establishment academia is thoroughly controlled by the Hegelian philosophy of dialectical materialism extolled by philosopher Georg Wilhelm Friedrich Hegel.

Who was Georg Hegel? He was basically a Christian heretic who espoused, if I grasp him correctly, a kind of “immanental” view that God is somehow incarnate in the physical world. This was a perversion of the biblical doctrine of divine providence and divine omnipresence, and gave rise to the Hegelian postulate that “The State is God walking on the earth.”

This statement is often attributed to Hegel as a direct quote. I don’t know if this proposition was specifically stated by Hegel, but whether explicit or implicit, this is certainly Hegel’s meaning. Hegel’s philosophy is an inherently totalitarian philosophy and ideology, and loved by aspiring tyrants from Soviet Russia to Communist China to Washington, D.C.

It was the philosophy upon which Karl Marx based his communist political views.

I should note that such an immanental view of God essentially incarnates or materializes that which is spiritual. Or, spirit is subordinated to the material realm. The result is the philosophy of “dialectical materialism,” with emphasis upon the word “materialism.” Dialectical Materialism is simply philosophical atheism with a mask and pretense of spirituality, and it is historically the philosophical foundation of Marxist communism, socialism and so-called modern “liberalism,” aka ”progressivism.”

This is the philosophy to which our modern academic/scientific/political/media establishment is committed and this philosophical commitment is the source of the vehement hatred of historic Christianity exhibited by them. This commitment to the ideology of dialectical materialism is why they have an illicit love affair with all things anti-God, anti-Bible, and anti-Christian. This is a critical point to grasp.

Can you see the connection and effect that this philosophy has upon scientific pursuit? Without understanding this connection, it is not possible to understand the world we live in, the current scientific establishment, the academic establishment, the “liberal” media establishment in general, nor the “liberal” news establishment. They are all committed to the philosophy of dialectical materialism as a matter of religious faith. They were all indoctrinated into it, sometimes directly, sometimes indirectly, by our secular college and university system. It permeates nearly all of our academic disciplines, and our scientific and media institutions.

I can hear someone objecting now: “But I know lots of Hegelians who believe in God.”

Yes, but it is not the God of the Bible they believe in but a perversion of the biblical God, a materialistic, immanent God whose primary manifestation is the State. Its adherents are guilty, in essence, of idolatry. Very few of the rank and file members of these establishments understand the true nature of the Hegelian philosophical system and how it has enslaved their minds. Many of them have never even heard of Hegel. Yet he controls their minds and their thoughts from the grave. Such people live in the twilight shadow lands between light and darkness, their minds embracing scores or even hundreds of contradictory beliefs at the same time.

The value of scientific dissent

This is why I so appreciate independent groups like the Electric Universe group. Though they are hardly Christian, they are committed enough to objective empiricism to call out the Fake Science establishment with facts that do not and cannot fit into their chosen scientific paradigms. (By the way, David LaPoint, whom I referenced above, is a Christian.)

The universe remains stubbornly defiant to conform to the predictions and explanations of the ruling Big Bang prognosticators of institutional science. The plasma physicists, including the Electric Universe group (most of whom are electrical engineers with doctorate degrees), have a better paradigm and, indeed, a better track record of predictions, and they have the audacity to point out this fact. 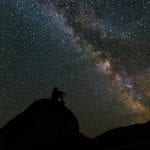 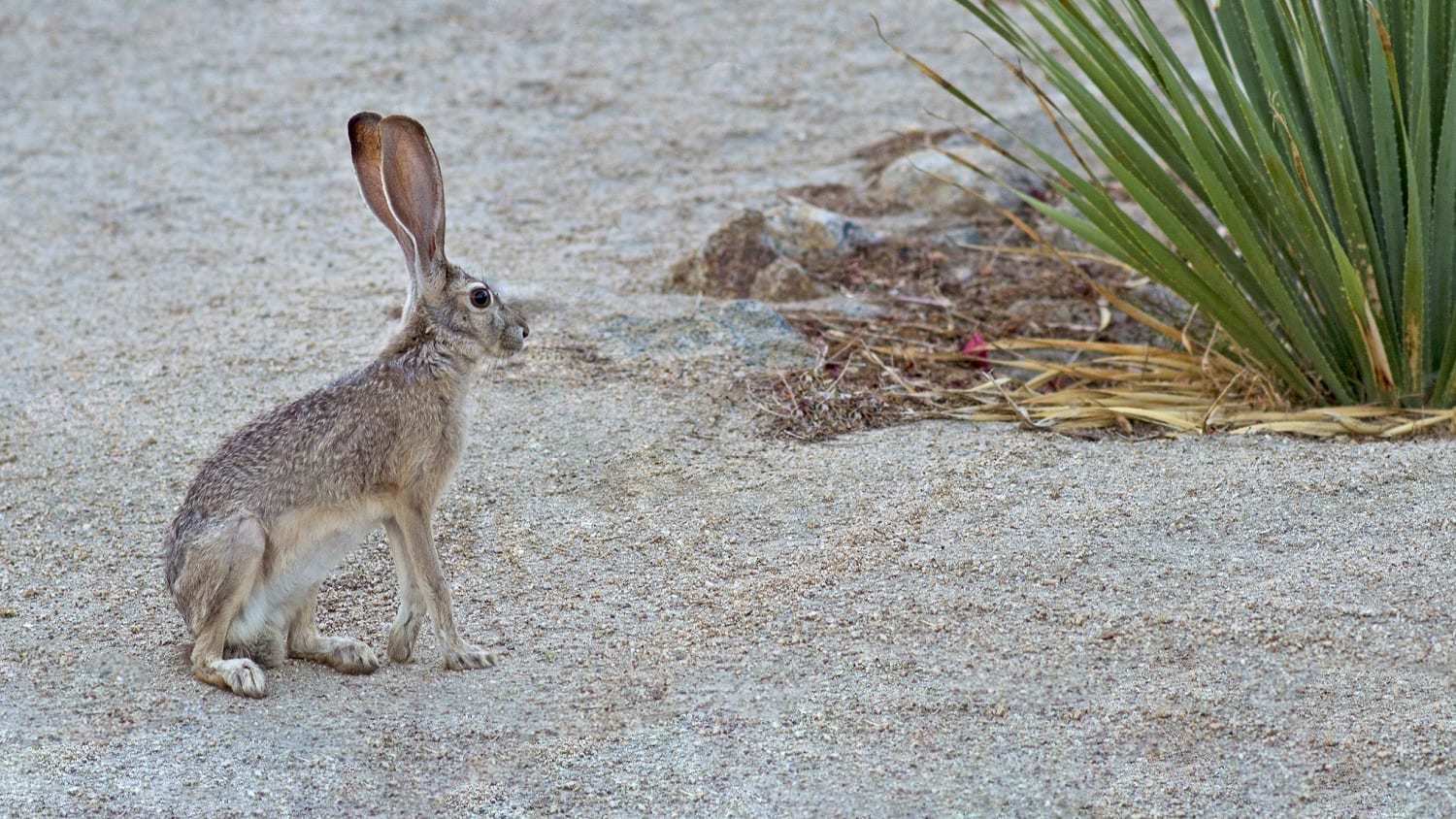