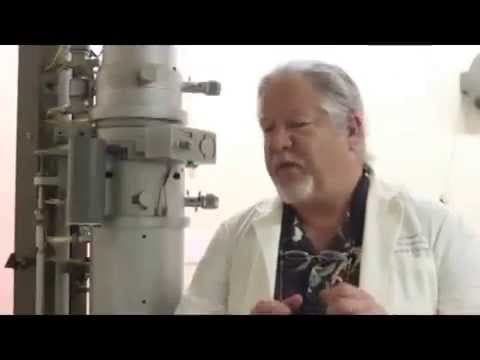 NEWS FLASH: For those of you who are concerned about Mark Armitage and his legal case against the Thought Police at California State University Northridge who fired him from his microscopy job there because of his religious beliefs and his “creationist projects,” take note. Mark needs your prayers. Please pray for him and his case. The clock is ticking.

Mark is now in the middle of the discovery phase in the legal case, sifting through 8,000 pages of emails turned over to him by the Gestapo officials—excuse me–University officials and he only has a few days left. I was informed that the documents were turned over to Mark all jumbled up out of chronological order (I wonder why?) and that these University officials perjured themselves to the judge in sworn statements. This does not surprise me one bit. They are under intense pressure to lie. After all, their jobs could be at stake if they don’t lie and if they don’t close ranks and cooperate with the Great Darwinian Propaganda Machine in this high stakes case. Truth has never been a deterrent for evolutionists! “Survival of the fittest” is the name of their game: “Nature—red in tooth and claw.” For them, this is not about quaint atavistic notions from our evolutionary past like truth-telling and honesty. The have evolved beyond such archaic notions.

Anyone who follows the creation-evolution controversy should also be following the scientific research of Mark Armitage on soft dinosaur tissue. The phrase “soft dinosaur tissue” is somewhat of a misnomer in that it is not inclusive enough. This aspect of science is also about extant original tissue from all sorts of  biological organisms unearthed in supposedly millions-of-years-old rock, even supposedly 500 million year old, sub-Cambrian beard worms!!! This issue is not just about supposedly 65 million year old dinosaur remains. (See my article on the un-fossils from last year.)

The assumed (by evolutionists) preservation of sub-Cambrian beard worm tissue for 500 million years is even more unbelievable than 65 million year old dinosaur tissue. However, I think the emphasis upon extant dinosaur tissue is appropriate. Dinosaurs catch the popular imagination—and mine, too, for that matter. Dinosaurs are popular. Everybody knows the evolutionary party line about dinosaurs, but how many people are knowledgeable about sub-Cambrian beardworms? The significance of soft extant dinosaur tissue is immediately and intuitively grasped by most people; to wit, if it is soft and original, it can’t be millions of years old; therefore the rock strata they come from can’t be millions of years old; therefore, the earth is young.

The evolutionists are really scrambling to mitigate the damage these finds have inflicted upon the credibility of their Naturalistic religion, and Naturalism’s premier article of faith, evolution. “Blood preserved it for 65 million years,” we are being told by the evolutionists; or, more specifically, the iron in the blood. This “explanation” for the endurance of extant dinosaur tissue constitutes another example of evolutionary fraud.

I will not be going into detail here about why this is a bogus explanation. I refer the reader to Mark Armitage, as Mark is the scientist intimately involved in this investigation.. Follow the links to his videos.

One purpose of this present article is to add a new phrase to your vocabulary. That phrase is “CHEMICAL KINETICS.” I am sure that most of you reading the title of this article are scratching your head, wondering, “What in the world is chemical kinetics?” Not too long ago, I was asking the same question. Chemical kinetics, also known as “reaction kinetics,” is the study of rates of chemical processes. My hope is that the phrase “chemical kinetics,” and a firm grasp of its significance, will become a phrase in common parlance among creationists because of its significance to the creation-evolution debate. As it is, I have only heard ONE other creationist, Dr. G. Charles Jackson, use the term.

The actual scientific disposition of the creation-evolution debate has been conclusively decided against evolution, and creationists should not be afraid to plainly say so. This conclusive disproving of evolution is, in part, due to the established experimental science of chemical kinetics. Dealing with the sociology and the pathology of psychological denial on the part of evolutionists masquerading as science is quite another matter—to say nothing of the economics of the matter: job security, government funding, and so forth. Much of what goes on among the Darwinists has nothing whatsoever to do with science and everything to do with self-interested monetary advancement, a lust for institutional power and security. (But there I go digressing again.)

But the Darwinian establishment, the Great Darwinian Propaganda Machine, who have highjacked the apparatus of the government of We The People, do not want anyone to know this. Being resolutely unwilling to admit that absolute PROOF has been furnished that dinosaurs lived a mere thousands of years ago and not millions, and that they in fact know this, the Darwinians are trying to snooker the general public into believing that original organic tissue of dinosaurs and other organisms found in “ancient” strata of rock somehow has managed to endure for up to 500 million years in some cases. The Darwinists would never admit it out loud but this claim is a tacit claim of a miracle.

Sorry, but the evolutionists’ claim of a miracle here won’t wash. Understand this: there is NO condition under which proteins can possibly last more than 40,000 years (unless, of course, they were preserved miraculously by God, and I don’t think the secular evolutionists want to go there). The exception to this 40,000 year rule appears to be collagen, but even collagen comes nowhere near the millions or hundreds of millions of years required by evolutionary dogma. In most cases, even 10,000 years is the tops. The claim of the endurance of organic tissue for millions of years is utterly out of the question and infinitely beyond the pale.

It should be pointed out that the existence of extant organic tissue of any kind is sufficient by itself to disprove the notion that that tissue is millions of years old. As it is, this branch of inquiry is not by a long shot the only field of science disproving evolution. The disciplines of paleontology, archaeology, biology, genetics, etc. all are sufficient, in and of themselves, disproving evolution; together, these areas of science all constitute a veritable juggernaut overwhelming evolutionary speculations. The evolutionists will never roll over and play dead, of course (there’s way too much public money, power and prestige at stake), but as everyone who has done any genuine research into the creation-evolution controversy knows, evolution is as dead as the dodo bird, at least scientifically. They just don’t want the general public to catch on to this fact. Censorship and repression of information, and propagandistic spin, is the nature of the game.

In closing, here is an example of a secular presentation regarding the science of chemical kinetics. Please look it over carefully, even the numbers. It is not necessary that you know or understand the science here. What I want the reader to grasp here is that this is not esoterica but established, experimental science.

“Experimental Data for the Reaction Between Phenolphthalein and Excess Base

“Experiments such as the one that gave us the data in the above table are classified as measurements of chemical kinetics (from a Greek stem meaning “to move”). One of the goals of these experiments is to describe the rate of reaction the rate at which the reactants are transformed into the products of the reaction.

In our next post, we shall consider the feathered dinosaur fraud, and the relevance of homology to the fraud and, indeed, to the entire subject of evolution. 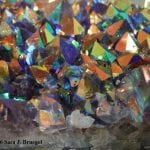 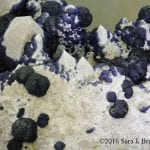