Charles Lyell’s geologic column is a well-taught principle of geology, with colorful graphs displayed in nature museums around the world.

But the geologic column is mostly a figment of Lyell’s imagination and is rarely seen in nature. The column is supposedly a multi-layered index of geology dated by the fossils found in each layer. The lower layers being the oldest, and younger layers laid down progressively on top.

In other words, if you find trilobites in a certain strata it must be from a designated age of time dating back millions of years ago.

The problem is that the fossils are seldom seen in a precise order. Not only that, but the geologic layers are in many cases categorized by the fossils found, while the fossils are dated using the layers of the geologic column — a confusing case of circular reasoning that is surprisingly highly regarded as science.

Lyell scoffed at the idea that “in the beginning God created,” and it was Lyell that dated the layers and fossils based primarily on a vivid imagination, long before the time of most current dating procedures. 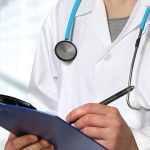 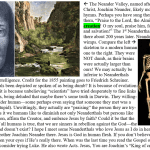