Garden spider webs look amazing, but they also are so strong that they inspire materials scientists. Research recently showed that spider webs actually strengthen after they are slightly damaged. Experiment results demonstrated that too much damage did eventually weaken the webs, but not before they withstood hurricane force winds and multiple breaks. How did spider webs get so well-engineered?

Spider silk is stronger than steel and tougher than Kevlar pound-for-pound, but the overall web that garden spiders weave is even stronger than its silk proteins. In a report published in Nature, researchers wrote, “Spider webs themselves are characterized by a highly organized geometry that optimizes their function.”1 The team tested the behavior both of radial threads and spiral threads in order to discover secrets of web geometry. Like spokes on a bicycle wheel, the radial threads anchor to nearby objects. The spiral threads crisscross and anchor to the radial threads.

This Nature study found that a spider silk strand resists stress in a stepwise fashion. After initially stiffening, the thread absorbed stress by stretching. Additional pressure caused the thread to sharply stiffen, thus transferring pressure to the rest of the web. But even more pressure was handled by a fourth and final process. Crystalline structures within the spider silk protein absorbed the maximum strain and broke, leaving the larger web intact. For example, a struggling insect would not break the whole web, but only those silk strands in contact with the insect. And after a local thread or two broke, the overall web strength increased! The study authors wrote that “the ultimate load capacity increased by 3-10% with the introduction of defects.”1 It’s as though the web was designed to anticipate breaks.

If the entire web broke apart because of stress applied in just one area, then the spider would have to recast a new web each time it broke, creating a monumental workload: “Given the presumed metabolic effort required by… Continue reading. 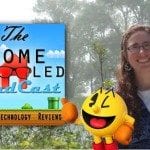 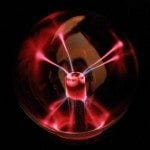