As a creationist I find it interesting how the term “evolve” is used in ordinary life (outside of discussions on origins). For example, simply do a web search for various phrases like “how it evolved” and you’ll find articles on things like “How Our Technology Has Evolved Over Time.”1 This meaning of the term “evolve” to describe progressive change was not invented in Darwin’s time, but predates Charles Darwin.2

The word “evolve” is almost never used to describe anything but progressive change. It would seem downright inhuman to use it in a negative fashion like, “The Camp fire evolved Paradise, California into small piles of smoking ashes.”  Nor is it used to describe random change, “A ray of sunshine evolved through a break in the clouds.”

However, if we search for examples of evolution in biology,2 the observable examples don’t express the positive characteristics that the common usage of the term “evolve” would imply.

There are examples of minor variation:

There are features that are lost in certain environments where those features are detrimental:

Other features may be described in an evolutionary way, but the cause has not been observed and are probably just inverted examples of feature loss:

Then there are the examples where the root cause is not observed at all:

It’s interesting that these last examples with assumed evolutionary causes tend to be rather obscure which obfuscates their weakness. Someone is unlikely to say that, “Trees are marvelous proof of evolution because evolution favors things that grow well.” Yet, that is logically much more sound than the Peacock argument. (Why would female peacocks find bright feathered mates a survival advantage? Why didn’t she choose the strongest or fastest mate, or the one that provided the most food or built the best nest?)

In short, biological evolution does not provide progressive examples. Yet, in common usage the word “evolve” means progress. Such as: The program evolved… Our understanding evolved… “He evolved into a national player.”2 This type of “evolution” almost never comes from random chance, but is the result of intelligence, creativity, and just plain hard work. “Evolution” happens when humans express their ability to create. An ability our creator God placed within us at the very beginning.4 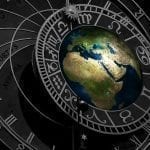