There are billions of stars floating in the vast expanse of space. There’s a kind of a lure to believing that we’re not alone, that we’re merely one civilization of beings living in a cosmos full of extra-terrestrials.

It’s an adventurous concept that makes for great movies. But what about the facts?

You see, SETI was formed over 50 years ago in the search for extra-terrestrial intelligence. Since that time, radio telescopes, vast amounts of money and a lot of time and resources have gone into this search; yielding no positive results. It seems like every week there’s news of a planet far away that might support life. If only…

Yes, if only several thousand factors were precisely in line. Then the planets discovered would be able to support human life.

Even the most basic life that we know of requires hundreds of factors to be tuned to precision. Most of the planets outside of our solar system that we’ve been able to locate are either too big or small, too close or too far away from their parent star, or they aren’t terrestrial. They don’t have land. Which, you know, makes it hard to stand.

When we look at the evidence in the solar system, we find that no planet comes close to the necessities for human life. Whether it’s a noxious atmosphere made of poisonous gas or a planet bathed with solar radiation, not one place besides Earth could comfortably be called home.

There’s one major clue related to all of this in the Bible. The book of Isaiah tells us that the Earth was formed to be inhabited. That means that it is definitely a special place. And not only that, but it’s so significant in God’s universe that he sent his Son, Jesus Christ, to Earth to die for the sins of the world and be raised again. 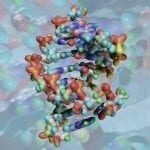 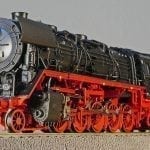