Have you ever wondered how you can hear my voice, or any other sound? Our sensitive ears can pick up the faint whisper of the breeze, the buzz of a bee’s wings, or the patter of rain on a puddle. These same ears can withstand music blaring in our headphones, a baby screaming, or a car back-firing. How is this possible?

Well, here’s the short, simplistic version of how your ears work. Sound travels on sound waves. These waves are collected by the outer ear and travel down the ear canal to the eardrum causing it to vibrate. The middle ear, behind the eardrum, contains three small bones, one of which is the smallest bone in your body!

These bones amplify the vibrations and send them along to the cochlea, or the inner ear, a fluid-filled structure that looks a little bit like a snail. This fluid starts to move which, in turn, causes sensory receptors, called hair cells, to start to move. Depending on where they are in the cochlea, these hair cells pick up different pitches of sound. As the hair cells move, microscopic projections on the hair cells bend to open channels.

Chemicals fill these channels turning sound waves into electrical signals which then travel up the auditory nerve to the brain. And all that happens nearly instantly and without you having to think about it!

But it doesn’t stop there! We don’t just have to gather sound and somehow get invisible sound waves from the ear to the brain—your brain then has to interpret the information it got from the ear and attach meaning to it so it makes sense and gives you information about your environment. It has to process the tiny time variation it took for sound to reach your left ear as opposed to your right, and turn that into stereoscopic information which allows you to judge the direction a sound is coming from.

And if that weren’t amazing enough, the ear does double-duty by helping us maintain a sense of balance!

The ear is truly an awe-inspiring piece of craftsmanship. No wonder Solomon writes in Proverbs 20:12, “the hearing ear and the seeing eye, the Lord has made them both.” The intricate design of the human ear points towards the handiwork of our Creator – we’re fearfully and wonderfully made! 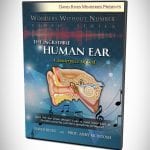 In, The Incredible Human Ear – A Masterpiece of God, you’ll learn that, just as an orchestra, the entire ear is needed to function correctly. 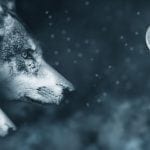