Did God foretell of a wonder in the natural world that could only have been known by Divine insight?

In Job 38:16, the Creator asks Job “Hast thou entered into the springs of the sea? or hast thou walked in the search of the depth?”

Does the Bible know Best?

In modern times, we have charted the depths of the seas very accurately, but this took scientific ingenuity and extensive exploration. Certainly Job had never walked on the bottoms of the oceans. Yet, we now know that there are hot springs (or hydrothermal vents) in the deep sea that actually contain diverse life.

So, how was an ancient writer able to predict this? Could simple men just have written a collection of stories with such accuracy? Or did the God of Abraham actually speak to man, giving him insight into the sciences? It certainly seems more than coincidental that we would read about “springs in the deep”, only to later discover “springs in the deep”.

Even this has been stripped of God, though, with some proposing that these hydrothermal vents are where life originated spontaneously, and began their upward evolutionary climb to complexity.

We are warned that there would be those who worshipped created things more than their Creator. Romans 1:22 says “Professing themselves to be wise, they became fools.” 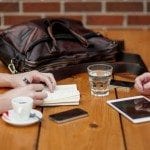 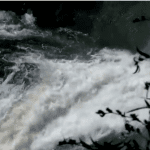