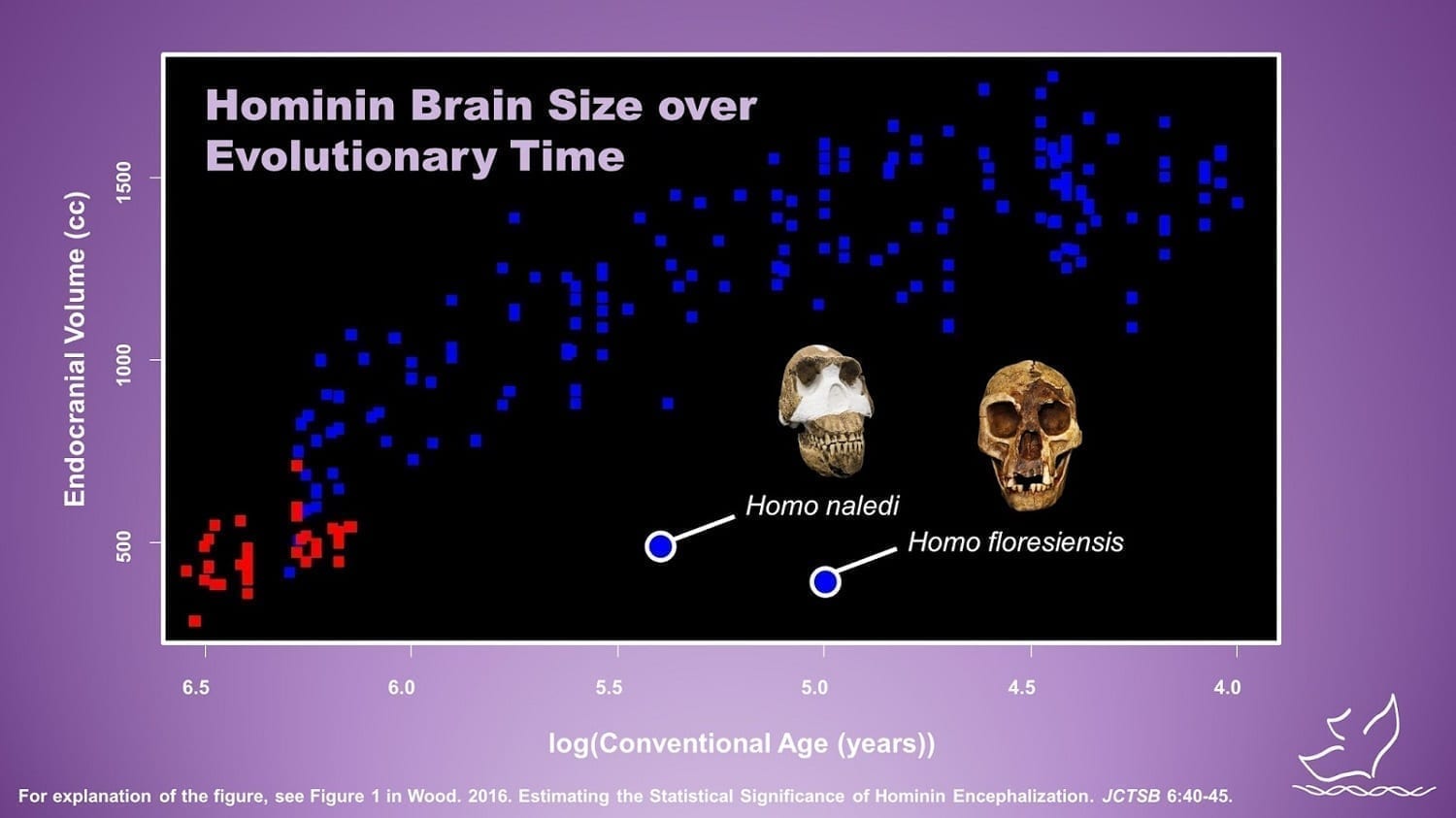 Awhile ago, I published the graph shown above with the cranial capacity of hominins over conventional time. I’ve seen this graph again and again from otherwise credible evolutionary biologists, and it’s primarily used to discredit creationist claims about the uniqueness of human beings.

I guess I’m supposed to take from this that humans don’t show obvious discontinuity from other (potentially nonhuman) creatures when you look only at one variable, brain size. I’ve always found the graph a bit confusing because I’m not sure any evolutionary biologist would accept this as fully representative of human history any way. And no one thinks modern humans emerged in some sort of march of progress, right?  Right?

With the publication of Homo floresiensis and Homo naledi, we had two important fossils that seriously deviated from the major trend, representing late-surviving and small-brained individuals. I was generous in my first write-up of this, noting that these were at best two out-lying points and that doesn’t negate the trend.

Recently, a description of the endocast of Homo naledi was published by Holloway et al. in PNAS.  Endocasts are models of the interior surface of the brain case of a skull. They’re not perfect imprints of the brain surface, but they do reveal some information about brain organization. Now the headlines accompanying this article are fairly conservative, but a few are talking about how “human” their brains are. The Daily Mail (a thoroughly credible news source, I’m sure) says Homo naledi could talk, which is more than the study can say for sure.

Holloway and colleagues showed a number of features of the H. naledi brain that are associated with complex behavior and social interaction and, yes, even language. None of that automatically means H. naledi could talk, make tools, or engage in complex behavior, but it does mean that the brain of H. naledi is different in those areas from the brains of modern apes (and fossil australopiths).

What really caught my eye in their paper, though, was this closing sentence:

Brain size evolution was not a unitary trend in human ancestry, and we must work to understand a more complex pattern.

Hey, that’s what I said! Well, sort of. I wouldn’t have used the words “evolution” or “ancestry,” but the sentiment is similar.

At this point, I would guess that maybe we’re seeing two brain organizations that might help us creationists recognize what is or isn’t human. That would be extremely gratifying. (I should note that Australopithecus sediba has the more ape-like brain organization, distinct from that of Homo naledi, so it’ll be interesting sorting that out.) At this point, it’s still just a guess though. We need more data! 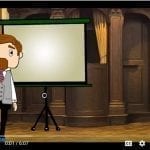