If you’ve ever attended public education of any kind, I’m sure you’ve been met with science classes propagating evolution. If you’re the type to flip on National Geographic or Discovery, or even the History channel, then I’m sure you’ve come across evolution. Even still, most people have a general knowledge of what evolution is (change over a long time from goo to you) and most are asked to blindly accept it. All this talk about the general theory of Evolution has got many Christians compromising the Bible. Christian colleges and Christians all over have been getting in their heads the false idea that evolution can go hand in hand with the Christian faith.

Firstly, if you’ve been following along with anything Creationist Company does, you’ll see the evidence for evolution is quite poor. Based on actual observations of this natural world, the conclusion we do know for sure is that evolution from a single cell to a cell biologist didn’t happen. Did we evolve from monkeys? Not according to the fossil record and what we know about DNA mutations. Still, if we set aside the lack of evidence for evolution for only a moment, could we logically put the Bible and the Theory of Evolution together? Is there any way we could reconcile what scientists are saying with what is in the Bible?

Essentially, there are four views you can take on Creation and Evolution. The first being the belief that the earth is 6,000 years old based on the genealogies in the Bible which because the ages are given, we can trace how much times passed between Adam and us (About 2,000 years from us to Christ, 2,000 years from Him to Abraham, and about 2,000 years from Abraham to Adam and Creation). This 6,000 year old view which takes Genesis as literally meaning what it says is called Young Earth Creationism.

Another view, accepts secular views that the earth is old, squeezing in long ages into what the Bible calls days during the Creation Week. This view is called Old Earth Creationism. A third view on Creation and Evolution is known as Theistic Evolution, where God is filled into the gaps of evolution—theistic evolutionists say God created the universe with a Big Bang and then later created the first life and then let evolution take control for the next thousand million years. Of course, the forth view is godless, naturalistic (meaning there is no supernatural forces, just the natural world) evolution. I made a nice little chart for you so you can see the continuum from taking the Bible at what it says in Genesis 1-11 as truth, all the way to rejecting God. As you can tell, theistic evolution is right over there by rejecting God.

If you read Genesis chapter 1 through 11, and then you read an evolutionary history of the earth, you’ll find that the two don’t line up very well. According to the Bible, a book useful for teaching because of its factual stories, in six days everything we see was created by God fully formed. This is not to say organisms don’t change over time (They do change, but these are only small changes), but the fact is, contrary to the general theory of evolution, the Bible states that in six days everything from the planets to the plants were created fully formed, and not through long-aged processes of gradual addition of new features.

Before we can examine the relationship between the Bible and evolution, we first must decide what Scripture’s role is. Theistic evolutionists will tell you the Bible, at least Genesis, is great for teaching, but maybe it’s not to be taken as a true history of the world. People like Howard J. Van Till, a leader in the theistic evolution movement (what he calls a belief in “fully gifted creation”), submits that Genesis may be a nice story for early Hebrews, but it’s not to be taken as a true account for us modern readers.

Naturally, when you question the first book of the Bible, and you let Science (Science falsely called so) be raised up higher than the Bible, you run into some major theological problems. As old earth and theistic evolutionists agree, the Bible is the ultimate authority on morals and anything having to do with God. However, the young earth creationists depart from their views when on the question of “Is the Bible the ULTIAMTE AUTHORITY for everything.” Since God is the ULTIMATE AUTHORITY, and the Bible is his Word, I think the Bible is the ULTIMATE AUTHORITY for everything.

Consider this Scripture, the words of Paul to his disciple Timothy: “But as for you, continue in what you have learned and have firmly believed, knowing from whom you learned it and how from childhood you have been acquainted with the sacred writings, which are able to make you wise for salvation through faith in Christ Jesus. All Scripture is breathed out by God and profitable for teaching, for reproof, for correction, and for training in righteousness, that the man of God may be complete, equipped for every good work” (2 Timothy 3:14-17, emphasis added).

My argument logically follows from 2 to 3, showing that the Scripture is inspired by God, and only fallible misinterpretations by man can detract from its truth. I love science, I love exploration, but the deception when evolution is raised up as having evidence should not trump the sacred word of God. We know that the creation story in Genesis is both counted as Scripture and thus is to be taken as something sacred and true.

In this type of discussion, it’s often brought up that God could have created the world using evolution as the driving force for the diversity of life. Yes, God could have, but my concern, as your concern should be too, is not could he, but did he. To do this, we have no choice but to consult the Bible, for it is the Word of God which describes His divine role in human history.

In Matthew 19:3-6 Jesus quoted from both Genesis 1 and Genesis 2 when discussing the origin of marriage. Christ didn’t use the Genesis account as a helpful illustration or a parable, but He used it as the REASON why divorce isn’t such a great idea. This shows that Genesis 1 and 2 aren’t stories, but facts that have real significance. Yet theistic evolutionists deny that Genesis should be taken at face value.

Additionally, Jesus refers to the Genesis Flood in Luke 17:26-32. Although not having to do with Creation, Biblical compromisers often dismiss this account (By the way, the Flood is well supported by evidence—but evolutionists don’t want you to know that!), even if Jesus affirms it as true. Jesus talks like He’s talking history, not a fairy tale: “Just as it was in the days of Noah, so will it be in the days of the Son of Man” (Luke 17:26).

John 5:46-47 reveals the important of the first five books of the Bible in following Christ. Jesus states: “For if you believed Moses, you would believe me; for he wrote of me. But if you do not believe his writings, how will you believe my words?” Seriously, if you reject Moses’ writings (or possibly his editorship) of Genesis, Exodus, Leviticus, Numbers, and Deuteronomy—then you’ve brushed past Truth, and you missed Jesus on the way.

GENESIS IS THE INTRODUCTION TO EVERY MAJOR THEME IN JESUS’ MINISTRY. I put that in all caps for a reason. Remember when Jesus famously said “For God so loved the world, that he gave his only Son, that whoever believes in him should not perish but have eternal life. For God did not send his Son into the world to condemn the world, but in order that the world might be saved through him” (John 3:16-17)? Do you know why Jesus came to save us and from what? I’ll tell you the why: there is sin in this world. He came to save us from the consequences of sin. Genesis, in chapter 3, outlines HOW sin entered the world (Through temptation, done by the Serpent), WHY sin entered the world (Adam and Eve disobeyed God), and the CONSEQUENCES of sin (The Curse at the end of the chapter tells us some of them). To deny Genesis is to deny the Original Sin which is to deny the reason Christ came into this world.

A major concern for many Christians is that, for whatever reason, the scientific consensus is that the accounts in Genesis 1-11 (For some reason, the rest of Genesis—Abraham to Joseph—few have problems with) have been “proven wrong.” First of all, they haven’t been proven wrong. Even famous evolutionary biologists Richard Dawkins admitted that “Biology is the study of complicated things that give the appearance of having been designed for a purpose” (Dawkins, 1; italics added), which would normally lead to the logical conclusion that these creature were designed by God. Since information-adding mutations haven’t been found, evolution is implausible and the evidence would suggest that organisms were designed in some form similar to what they are now. Additionally, we’ve found geologic evidence for the Flood, can explain how the animals fit and lived on the Ark, and have discovered archeological and oral traditions that match up with the table of nations in Genesis 11. The conclusion is that it’s not irrational to accept Genesis as reliable.

Additionally, why would only the first book of the Bible be the fable? What is stopping you from doubting the miracles (the non-repeatable, non-scientifically testable miracles) or accounts in the rest of the Bible? Martin Duboisée de Ricquebourg, a lecturer in Zimbabwe at Harare Theological College, explains this conundrum for theistic evolutionists.

If we allow popular opinion to preside over the interpretation of the first book of the Bible, what stops us from butchering the other 65? If we’re going to put on naturalistic glasses to resolve the question of origins—is there anything to stop us taking that framework of interpretation elsewhere? Floating axe heads, the virgin birth, water turning into wine, the multiplication of loaves and fishes, Jesus walking on water and the resurrection of the dead are not even remotely feasible according to ‘science’. So should we let ‘science’ dictate here also? One compromise leads to another.

Never would I suggest someone to be an evolutionist, but there simply are too many problems for middle grounders between young earth creationism and naturalistic evolution—so pick a side! While evolution is full of theological problems, monkey-to-man evolution also is quite biologically impossible. It hangs on only by those avid defends of atheism who use it as a tool to rid the world of a Higher Power. The God of the Bible created us fully formed and armed animals with some abilities to change the frequency of genes and lose genetic information, but the God who created Adam directly from dust and then Eve from Adam’s side, didn’t use a process of death and error to bring about His awesome Creation. Evolution cannot fit into the Bible.

More information
Did the Creator use Evolution? http://creation.com/did-the-creator-use-evolution 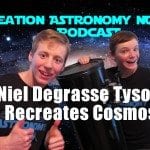 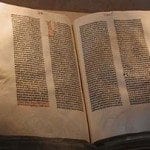