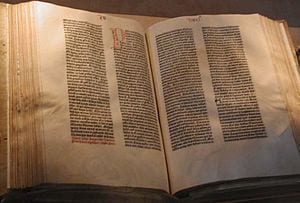 A little while back someone explained away Creation Science as just pointing to a “god of the gaps”. How should we respond to this? Creation Ministries International does have a wonderful article explaining what is going on, the historical reasons people use it, and how it affects us as Biblical, Young Earth Creationists. But the article is 5,600 words long and not written for kids.

So, I’ve decided to take Lael Weinberger’s article and simplify things for all of us. It may not seem too important right now, but you’ll see how believing in the God who gave us the Bible allows science to flower in a way no other belief could!

How it all got started:

Five hundred years ago, science was having trouble growing properly. Many people believed whatever the ancient Greeks had written must be true, so they won’t look for any other answers. So a scientist named Francis Bacon decided to set up a rule. He said no book or person was allowed to tell scientists what the world was like, they would have to look for answers themselves.

This idea works really well for things happening today. We soon began to find out all sorts of things that make life much easier and safer.

But, then people started trying to tell us how life and the universe got started. Something no scientist was there to watch. Francis Bacon believed in God the Creator. Many other people didn’t want to. They used his ideas of only trusting what you can see to say the world must be very old. They refused to rely on the Bible’s record of the World-Wide Flood. They decided to believe the rocks show life evolving from simple to complex.

They said their ideas were scientific and trusting anything else wasn’t.

That’s when they started claiming Creationists just believed in a God of the Gaps:

They said we only point to God’s power in the natural world when science hasn’t yet figured out how something works.

This is true for a number of religious beliefs. Superstitions follow the idea that if I do something to annoy god/gods, bad things will happen to me. Would someone who believes they are sick because of a curse look for germs? Nope. Will they be happy if someone shows them it was a bacteria instead? Not likely. Because every time they claim it was their god, and science can show it wasn’t, their god looks weaker.

But we don’t worship a tribal god. Why do they tell us we’re doing the same thing? Because a whole group of Christians decided they could figure out what God did without the Bible.

There are many people today who love Jesus, have asked Him to clean their hearts, and serve Him, but look to scientists for natural answers. They say Evolution and/or Billions of Years have been proven to be true, so they have to explain God’s Word differently. They only point to God working when science can’t figure out how something (like the Big Bang or Spontaneous Generation) could have happened.

When Christians do that, the “god of the gaps” claim is right. If scientists ever come up with a story to explain how nothing could turn into everything all by itself, these people would stop saying God did it (leaving God with nothing to do in nature). But right now they don’t want to help the scientists they trust so much to invent new stories (what Naturalists would call making scientific discoveries).

Those of us who trust the Bible don’t have this problem. If God says He did something, like speak plants into existence, we don’t look for a natural way for plants to form themselves. But, remember how God “rested” the Seventh Day? This tells us He was all done with His Creation miracles.

Everything happening in the world today can be explained by science (except miracles). We don’t think God does a miracle every time a seed sprouts. We know we can study it.

Oh, yes, Naturalism (only nature exists) has no reason to trust science. Their idea of “everything is the result of random accidents” isn’t a good place to start studying!

For I am the LORD, I change not; therefore ye sons of Jacob are not consumed. Malachi 3:6 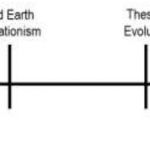 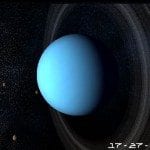